Our current coach is a 2017 Entegra Aspire 44B which we ordered from Angie Morell at NIRVC (National Indoor RV Center) in June of 2016. After what seemed like a very long wait, it finally was delivered to us in Atlanta, GA on September 30th. When we ordered the coach, the options we chose were Autumn Berry (interestingly enough this was the same exterior paint color as our 42′ Aspire RBQ), Silver Cloud for the interior decor scheme, Natural Cherry for the cabinetry and a 100″ sofa instead of the L-Shaped one. All of the other specs are outlined on the Entegra website under the Standards & Options menu. 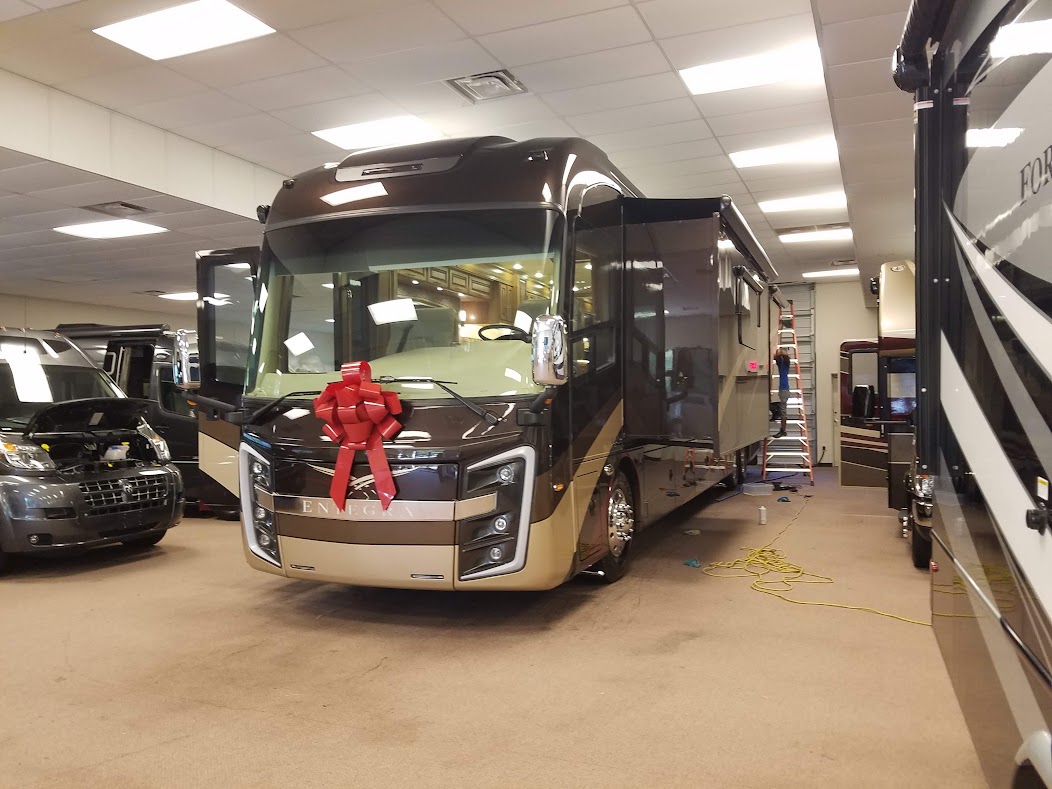 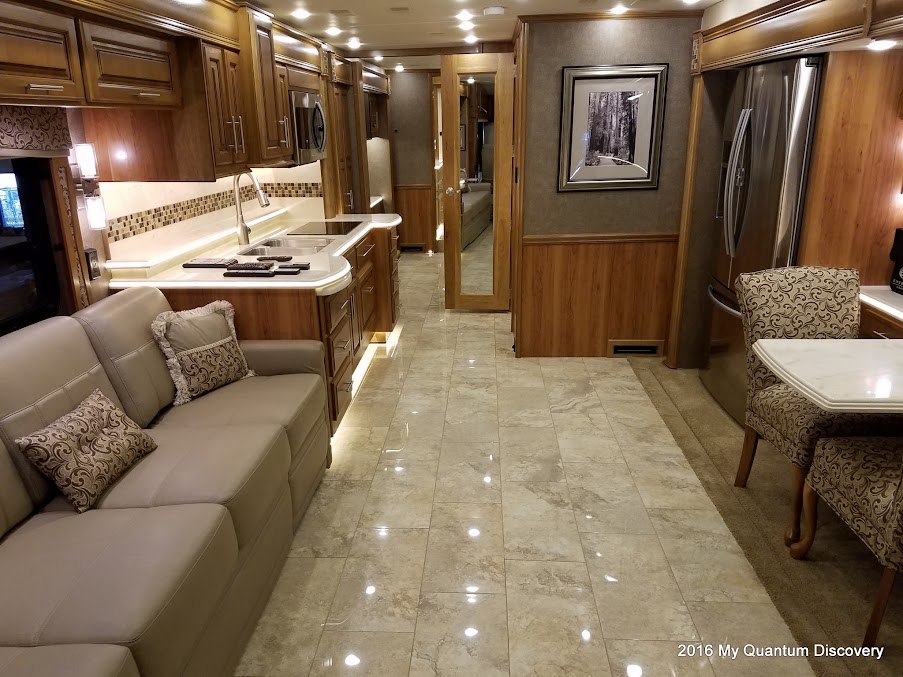 Spending the entire summer in RI provided us with a more lucrative opportunity to sell our coach privately rather than negotiating a trade-in deal for our 42′ Aspire RBQ at NIRVC. However, selling our old coach ourselves created some significant logistical conundrums and involved a lot of time, energy and effort pretty much consuming the majority of our resources throughout the summer. Our post “On The Fast Track To Atlanta And Our New Home” explains why we decided to buy a new coach and details the logistical issues of being full timers with kitties moving from one coach to a new one in the parking lot of a dealership. Fortunately the buyers of our 2013 Aspire 42RBQ met us at NIRVC on September 27th. All of the details of the closing of our old coach were handled by NIRVC for a minimal fee. On Friday, September 30th, we took delivery of our new coach, spent the weekend moving all of our boxes of “stuff” from the rental truck to the new coach and moved to Stone Mountain Park campground for a shake down cruise. Returning to NIRVC, all service issues were quickly resolved except for one which we discovered after we left the area.

When we bought our 2013 Entegra, there were a lot of issues with the quality of the coaches as they came off the manufacturing line but we felt that the quality of our 2017 was much improved. Fortunately most of the issues were relatively minor and were quickly resolved by NIRVC. The biggest issue we had was an incorrectly installed rear bath shower door which leaked requiring us to stop at NIRVC in Lewisville, TX before we could head west.

For anyone who is thinking of buying an RV, we highly recommend NIRVC. It was such a wonderful buying/selling experience. Right now, we have no plans to purchase another RV but if we did, we would return to NIRVC.

How we love our 44B floor plan! But as with anything, there are always modifications that can be made to improve the overall functionality or to increase the available storage.

Since we have had the 2017 Aspire, Rob has made a number of modifications. Here’s a list of what he has done. In some cases, he has written posts detailing why he made the modification and what he did.

Whew! Does this guy ever have time to relax and enjoy himself? And this list doesn’t include the general maintenance items or repairing items that break. After all this, it’s highly unlikely that we’ll be selling this coach any time soon!