The Coleman/Airxcel thermostat on our 2017 Entegra is a very basic unit, is cumbersome to use (think 1980’s technology) and lacks features common today like programmability and access via the cloud. 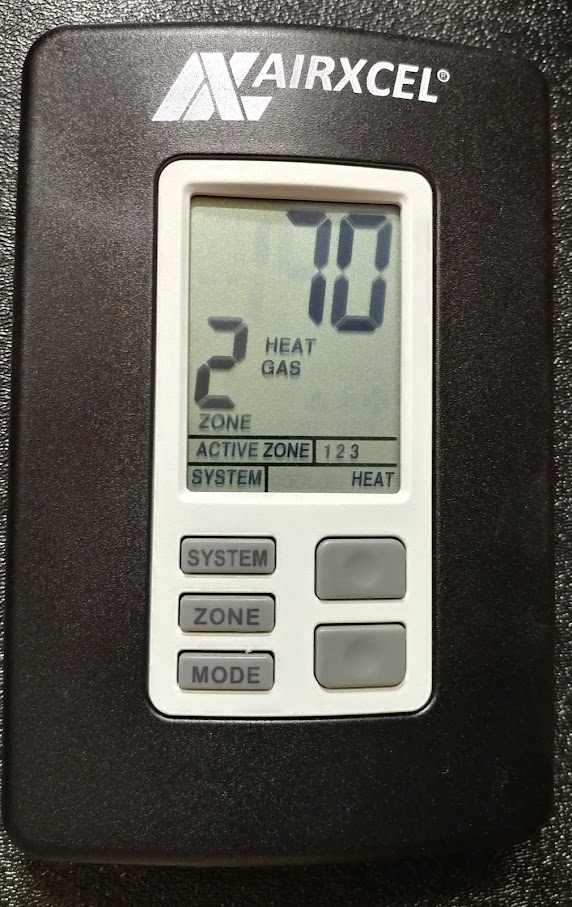 Unfortunately, it also has a proprietary ‘Multi-Zone’ means of communicating with the three Air Conditioning units on our motorhome roof, so there is no off the shelf modern thermostat that can take it’s place. That is until now!

MicroAir makes the Easy Touch thermostat specifically to replace the specialized units that are often used in RV’s and boats. This post describes replacing the Airxcel 9330-333 thermostat on our 2017 Entegra Aspire with the Easy Touch.

The Easy Touch version 355 is the correct model to replace the 9330-333 Airxcel thermostat. 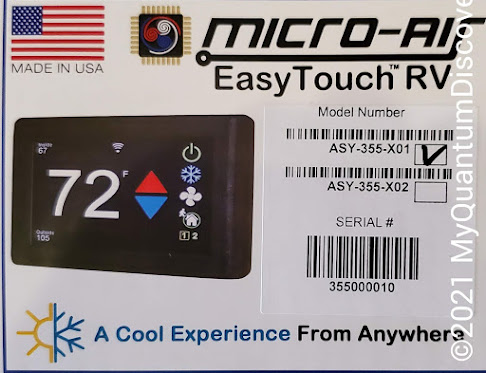 Here’s a video of what comes in the box:

First thing I noticed is the Easy Touch is significantly smaller than the Airxcel.

The wiring is an exact match so electrically the installation is plug and play:

To remove the Airxcel, push up slightly on the bottom while pulling out to separate it from the backing plate as shown in the video below. First though, look underneath at the bottom to make sure there is no screw holding the two parts together. Mine did not have one:

Before unplugging the cables, it might be a good idea to shut off power using the salesman switch.

After unplugging the Airxcel electrically, remove the backing plate.

Note: my wiring wanted to slip back into the hole so be careful it doesn’t get away from you. Fortunately the Easy Touch was just barely big enough to cover the cutout in the panel where the Airxcel was located.

I like the clever mounting pins that come with a built in plastic spacer, no measuring needed! 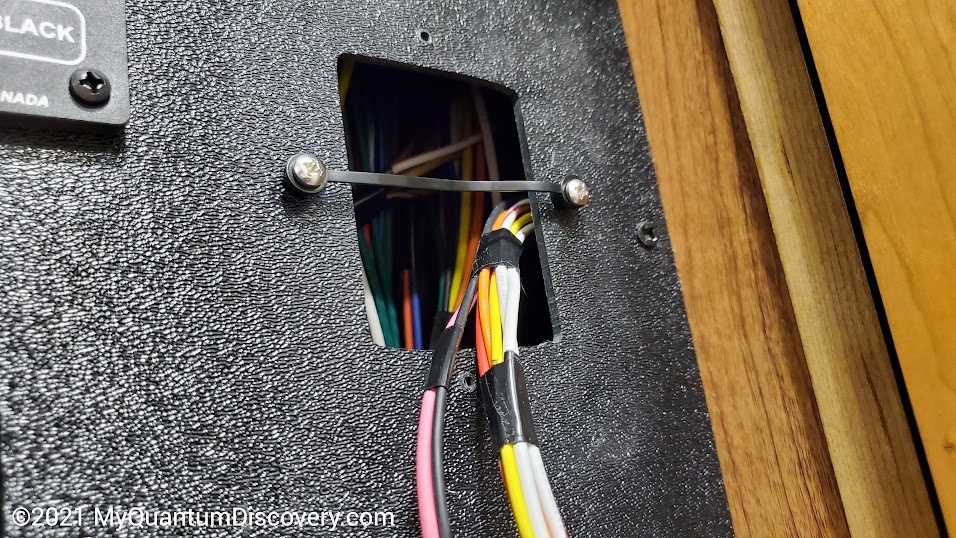 First, mark the locations for the pins, then drill 1/8″ holes in the panel and screw the pins in place. 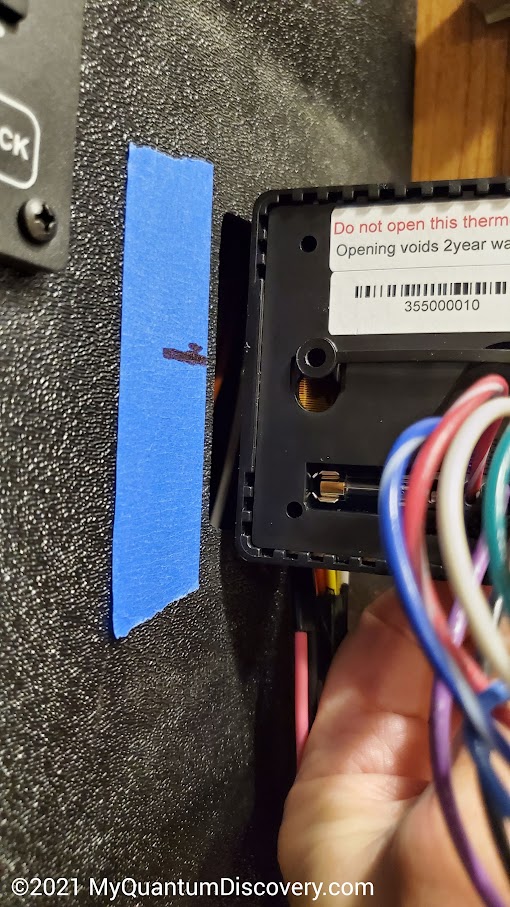 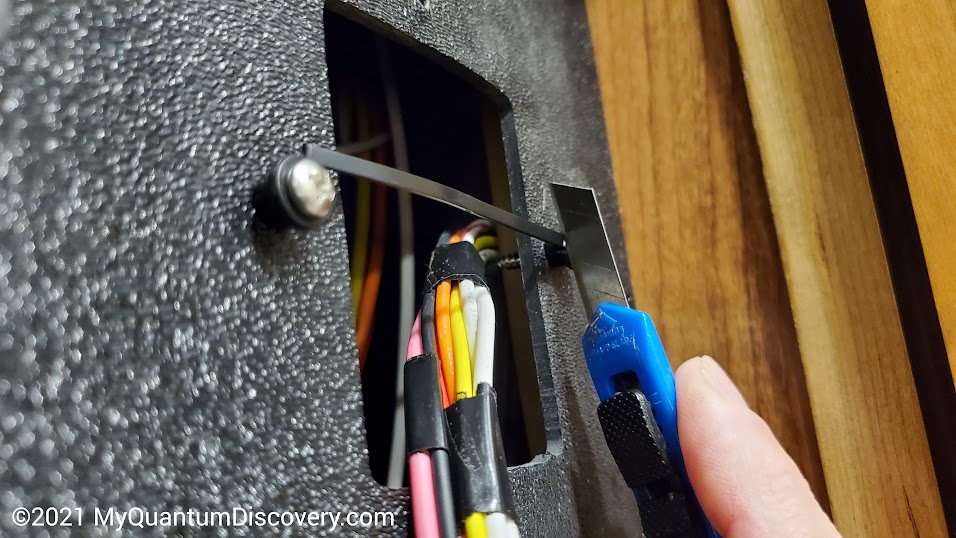 Here’s how it looks after the installation: 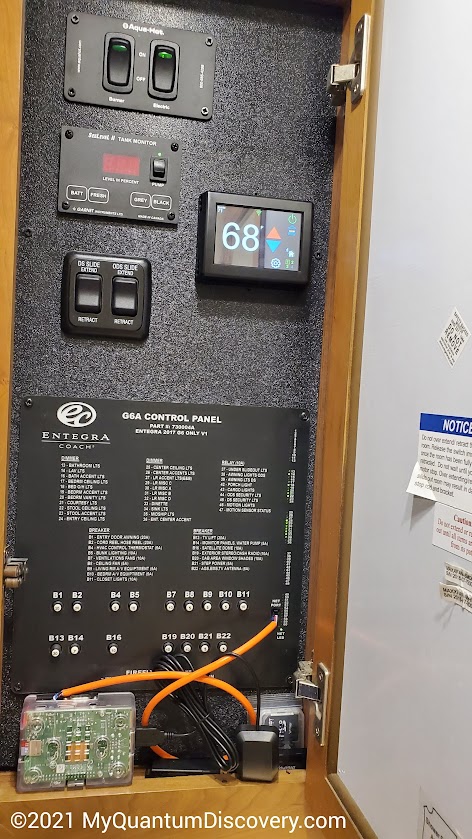 By the way, in the photo above the clear box at the bottom with the orange wire is my eRVin system that lets me control all the lights and other things remotely. The little black squarish device is a gps antenna. You can read all about eRVin here.

It turns out that the Airxcel 9330-333 used on Entegra’s from circa 2015 (perhaps 2014) until the Vegatouch, are a unique version of the Airxcel thermostat. This model has extra fan controls that allow the fans to operate in the Gas heat modes. The standard Easy Touch did not support those modes properly.

Fortunately MicroAir is very easy to work with and accommodating. Within a week or so they had produced a new revision specifically for the 333. So for those of you with the 333 model, the first thing you should do is go to the settings (gear icon), then as shown in the photo below, tap the icon shown by the arrow. 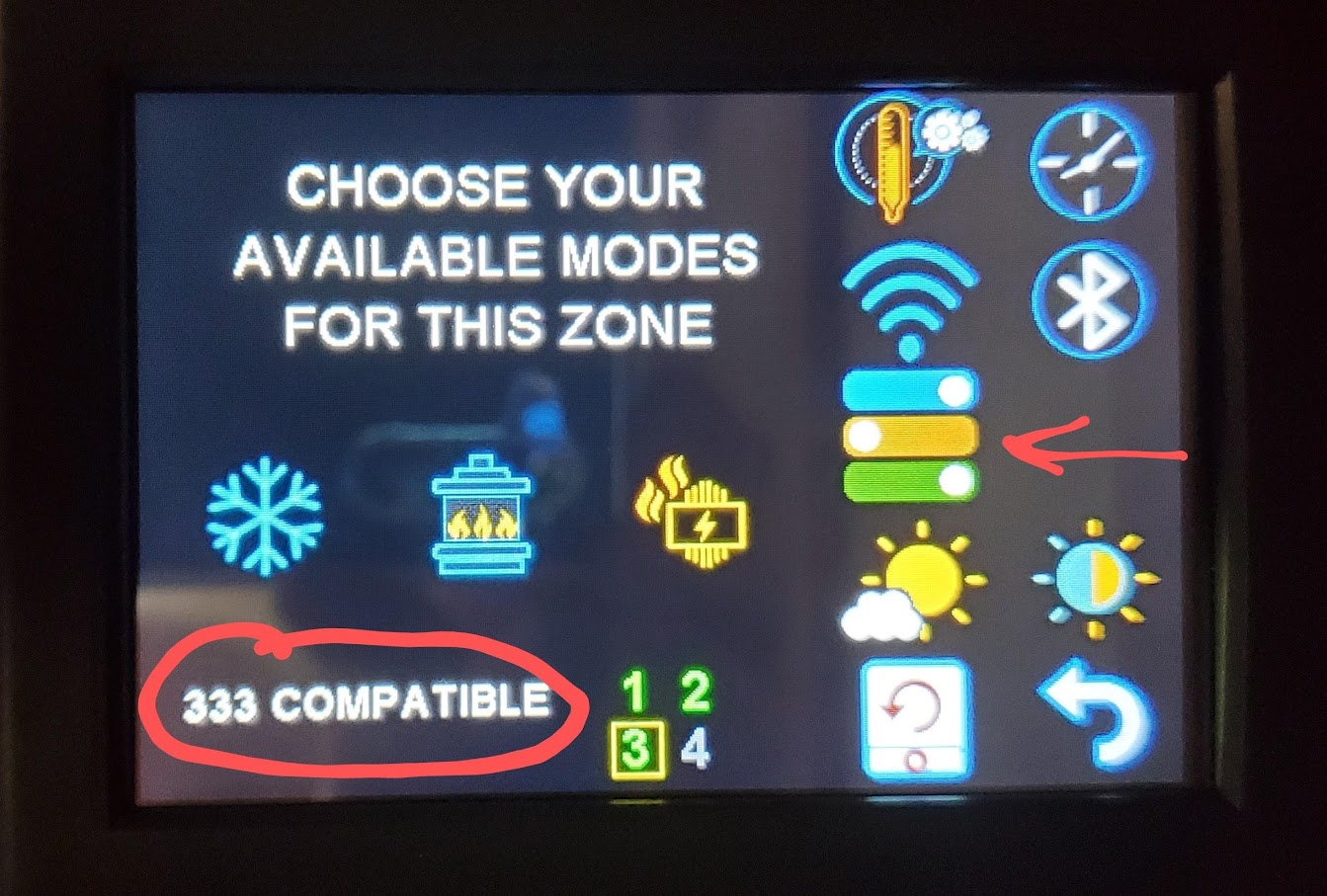 In the photo above the area circled in red will toggle between NORMAL and 333 COMPATIBLE. Entegra owners with the 333 model need it to be set as shown.

This will add fan controls to the heating modes. Gas will have Off, Auto Low, Auto High, High and Low just like the original Airxcel. The photo below shows the Gas mode with the fans set to Off. 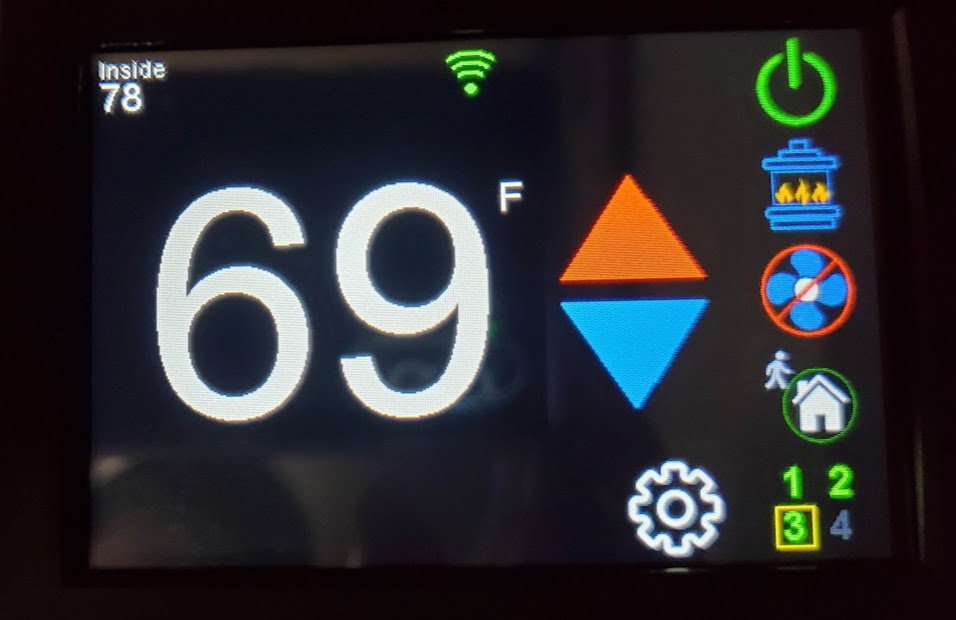 Now you will probably want to get WiFi set up, to do that first install the Easy Touch app from Google or Apple, search for ‘Easy Touch RV’.

First establish an Easy Touch account then you will be able to connect to the Easy Touch via Bluetooth in order to configure the Wifi. The exact process will vary with changes to the app version, so for now I will defer to the procedure in the Easy Touch manual. Skip to the Operation section.

I like it! It’s a huge improvement over the Airxcel, the display is bright, bold and colorful. You can see the Room temp and Set temp at the same time! One of the best features for me is the access from anywhere via an app on my phone (WiFi).

There is always room for improvement however and it’s fantastic that MicroAir is so open to making changes. I have been working with them in regard to testing the Android version and the app has progressed significantly over the past few weeks. Here are a few observations about things I’d like to see improved over time. These are specific to the beta version of the Android app when I tested it back in March 2021: