↓
Home→Who We Are and Why We Did It 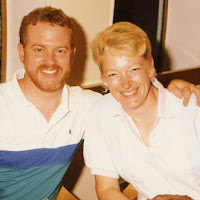 A summary of our journey so far…

After about 30 years in the corporate workforce, Rob and I were the victims of corporate downsizing in 2003 and 2006 respectively.

We are semi-retired now but still must produce some additional income to keep things going. We’ve been eBay Power Sellers, had our own marine electrical business for a while (The Volt Doctor) and assorted odd jobs. Lately we are considering some work camping opportunities. 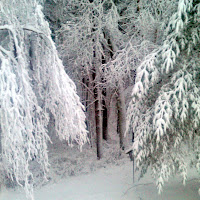 So how did we get into this nomadic lifestyle? Well, in October of 2010 we became RV’ers, purchasing a 2006 Fleetwood Discovery motor home. Since neither one of us had a lot of RV experience, people often ask us how did we happen to buy an RV?

Well, over the previous 10 years, we had made several two week long driving trips to Florida usually in the October – November time frame. We always enjoyed these trips but it wasn’t until 2009 when we drove down in early March that we realized that getting away from the dreary New England weather was a truly wonderful, wonderful thing.

Shortly after that we started talking about the possibility of buying property in the south, but one dilemma was that we didn’t know where we would want to purchase. And what about family? Plus how would we transport our kids (the four footed kind) back and forth? Certainly packing them up in carriers for a long driving trip wouldn’t be much fun for us or them. Flying them back and forth would be very expensive. And leaving them at home tended to by a pet sitter didn’t seem fair and would be expensive. None of those options seemed workable. 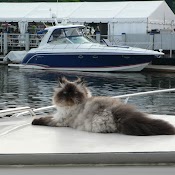 Around the same time we started having conversations about the possibility of selling our house. To be honest, we both were pretty tired of the work required to maintain a large house as well as the financial burden of it, particularly without full time employment. 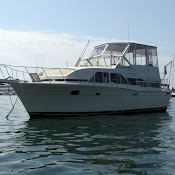 Then on a whim, in 2010 we packed up the kids and moved aboard our 35′ 1985 ChrisCraft power boat at a yacht club in Rhode Island for an entire summer.

From that experience we were surprised to learn that we didn’t need a lot of room and could live very nicely in a small space and without all the stuff we had accumulated over the years! Up until this point we had followed the path that most people are taught to follow or just follow blindly because everyone else does it. But our experiment made us realize that there there were other options available to us and three was nothing wrong with trying something new. 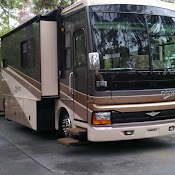 The epiphany came quite suddenly, all these thoughts and experiences converged and it just became so clear! We would sell our house, live on the boat in the summer and live on a motor home down south in the winter. We could explore different areas throughout the country and gather ideas for where we might want to “settle down” again at some point in the future. 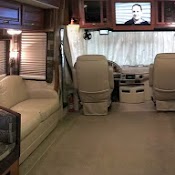 We would enjoy the nomadic lifestyle for a few years until we either became bored with it or some health event required us to change.

So with that strategy in mind, in October, 2010, we bought our first motor home, a 39′ Fleetwood Discovery diesel pusher. Since our ultimate plan was to be full time, we opted to purchase a fairly large unit so it would be comfortable for us and the “boys” to live in full time.

And yes before we decided on the motorhome, we did consider going south in the boat. But besides it not being ideally suited to the task, the excessive fuel cost (at the time $10-$15K one way) nixed that idea. 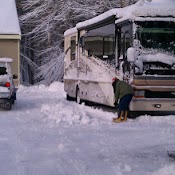 As we prepared our new to us motorhome for our first trip south during the winter of 2010/2011, it was a major learning curve since we were totally green to RV’ing. And the weather didn’t help as we worked to get her ready and loaded up in the midst of a very miserable, very snowy, very icy and very cold December.

Preparation of the bus for our first journey was a challenge to say the least. We had initially planned to leave on January 15th that year but because we were getting pounded by snowstorm after snowstorm practically every day, we had to keep delaying. Finally we had a three day window of good weather, so on January 22nd we left MA heading south where we ultimately spent four very enjoyable months exploring Florida and the Gulf Coast of Alabama.

Initially we didn’t know if we would like RV’ing or the RV lifestyle as much as boating. But we had such a wonderful time, saw so many new places, and enjoyed being outside in the warm weather. We met so many nice people and made several new friends. It didn’t take much to convince us that we never wanted to spend another winter in New England again and the RV was the way to go!

For the winter of 2011/2012 we once again headed south for the winter months. Our experience was growing by leaps and bounds and our ideas of an ideal motorhome were evolving.

For the 2012/2013 winter we ended up staying home for two reasons. A family illness (Rob’s mother) and we really needed to buckle down and get our house ready to sell. A number of major projects needed to get done to make that happen.

To make a long story a little shorter, we did complete all our house projects including new exterior paint and a major 2nd floor bathroom remodel (the kind where walls come down, floors get ripped up and plumbing is rerouted). Rob’s Mom unfortunately passed away in May due to complications from cancer surgery and a stroke.

In the midst of all that we researched and bought a new motorhome, a 2013 Entegra Aspire 42. We had a few issues and had to make a few trips out to the factory. Entegra was very accommodating and covered all our expenses. Our thinking here was we wanted to get the new coach while we still had the house so dealing with any issues would be simplified – so glad we did it that way!

In September of 2013 after a lot of blood, sweat and tears, we finally listed the house and were getting ready for an open house despite a few minor unfinished projects. Much to our amazement within hours of the listing going live we had 3 viewings and two potential offers! We had a signed deal within 28 hours of list for slightly over ask and never even had the open house! Our buyers had no contingencies, bought a ton of our stuff, (including our pickup truck and plow) and put down a huge down payment. Now we were really under the gun to purge our stuff and an intense period of selling, donating, giving away and trashing (3 huge dumpsters worth) ensued. The closing went smoothly.

2013 was a year of dramatic changes among many aspects, perhaps these musings summarize our feelings at the time. Now we are officially full timers with a few years under our belt, spending our winters in warmer climates and our summers in New England. And writing all about our experiences. Ah, yes, life is good and we are thankful for it!

Do we miss the house? Not one iota. No tears were shed and we never looked back. We loved it while we had it when that was our dream. But time brings wisdom and dreams change. We are still living our dream, just a different one!

We still have the 1985 Chris Craft and live aboard in the summers although the summers are getting shorter and shorter – that is, we are tending to launch the boat later and haul it out earlier to make more time for traveling in the motorhome. Does that mean we like the boat less? Heck no! There isn’t much that can beat our summers in RI on the water. However we do realize at some point one or the other (or both) will have to go.

We continue to keep the boat because we love being on the water. Plus the costs of ownership is relatively low and it took us 12 years on a waiting list to get where we are. On top of that the location we have in East Greenwich Cove is simply beautiful. When we have to give it up there will be no going back.