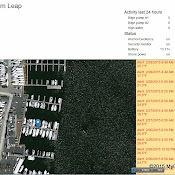 A few of our readers have expressed interest in the Boat Command boat monitoring device we mentioned in a recent post, so here’s an overview of how it works. 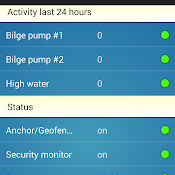 With Quantum Leap stored in the water this year (RI) during one of the worst winters in recent history, it has been extremely comforting to know what is going on aboard. This device allows us to get alerts and remotely monitor a number of critical items in real time from wherever we are. Alerts (that we can configure) are sent from the system via email and/or text message. The system can be configured and queried for status updates at any time via an Android or IOS (Apple) App, or via any common web browser.

The Boat Command device can monitor the following items: 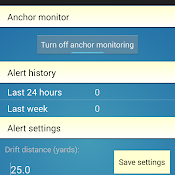 I had been looking for a system like this for years and while they existed, they were always high priced to buy ($300 and up) and had high monthly services fees ($15 and up). 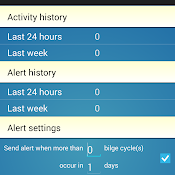 I even concocted a system myself based on a cellular enabled auto alarm device and while that worked, it did not have all the features of the Boat Command.

At the Newport Boat Show (RI) last fall I ran into the Boat Command product which was offered on Show Special for $79 with an $8.99/mo network fee. Wow, I didn’t have to think much about taking that deal! I also purchased the optional temperature and shore power sensors for $20 each.

UPDATE: Now that the Boat Command product is more established, the cost has increased to $299 plus optional sensors. The monthly fee remains at $8.99. Still not too bad, but I would have hesitated making the initial purchase at that price point as it is about the same as some of the competition. However, even at $299 the Boat Command in my opinion probably still has the most features at the lowest price.

Installing and Using the Boat Command: 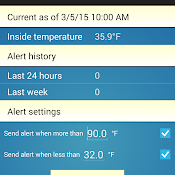 Back in September, the product was obviously very new and I immediately discovered a few issues with the reliability of the alert notifications. I think I was one of the first actual users. When I notified Boat Command about the problems I was having, they were quickly addressed and I proceeded to install it permanently on our boat Quantum Leap.

That went smoothly and most of the connections were done right behind the helm where most of the wiring circuits terminate. At the moment I have not yet made the hookups for Battery #2 (start battery) and the high water alarm, however I do have everything else functioning.

Unfortunately I neglected to take pictures of my installation before we left RI, but the device itself is about the size of a deck of cards, maybe smaller) and has a detachable multi-conductor wire harness for all the inputs and outputs.

It is important to note that the GPS and cell phone antennas are built-in to the main unit, there are no provisions for remotely locating the antennas.

Initially I was very concerned about that (particularly for the GPS receiver) because it limits where the device can be placed in the boat. If installing it low in the boat or behind a metal dash for example there’s a good chance the GPS receiver would not be able to find any satellites. However, in my case it was installed under the helm and has one deck layer (glass-balsa-glass) plus the hardtop skin (glass) between it and the sky and it still seems to work well. The GPS receiver apparently must have very good sensitivity. Even so, if you are contemplating the purchase of this product you should consider where it is likely to be installed and if GPS and/or cellular reception would be an issue for you. 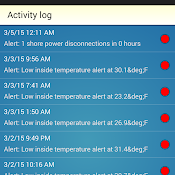 Power requirements are 6-32 volts DC making it very flexible, and consumption is specified at 10mA (0.01A) when “sleeping” and 70mA when “active”. Assuming “active” means it is transmitting or receiving, based on my own observations it seems to do automatic updates to the server about once every 6 hours. It would also be active if a specific user update request is initiated (I probably do that a couple of times per day).

Based on that, it is sleeping the vast majority of the time and battery drain can be estimated at around 0.3 Amp-Hours per day. 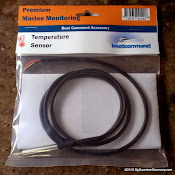 That’s potentially less than the power consumed by a basic LED indicator lamp. If you have a fully charged battery bank, with say 400 Amp-Hour capacity, it would take nearly two years at that rate to discharge it to 50%. Or look at it this way, the consumption is less than the self discharge rate of typical lead acid batteries. So to sum it up, power drain should not be an issue, although please note I have not actually measured the power consumption myself.

The device uses a cell phone radio to send and receive data via SMS (same system used for text messages) on AT&T’s network. The data flow is cloud based and from what I have deduced it basically looks like this.

On my Android smartphone I was able to see about a months worth of historical info (such as battery voltage) and from a web browser I was able to go back more than 3 months and it appeared that I could have kept going back even further. 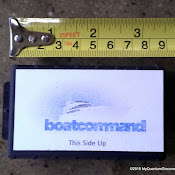 While alert notifications are not instantaneous, the performance was appropriate (and about as I expected) given the nature of the network topology. It took between 15-60 seconds in my tests from when a security alert was triggered before I received the text message notification on my phone. Quantum Leap is located in an area of good reception for the Boat Command cell carrier (Verizon). My personal phone is also on Verizon, so if your phone service is with another carrier or in a weak signal area, the delay might possibly be a bit longer. When sending On/Off commands to the Boat Command outputs that controlled the Deck Lights on Quantum Leap, the delay was about the same. 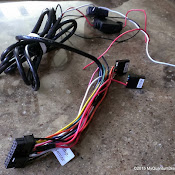 Note that the alerts have programming that prevents excessive or nuisance carrier network message traffic. Some alerts like the Security trigger will require the end user to clear them by tapping a “Reset” button for that alert on their Android, IOS or web browser interface – if the alert is not reset it will not alert again until 24 hours has passed. In addition, I received this info from the developer regarding the security input: “A security/entry trigger will not report more than once every 5 minutes, even if the sensor is triggered on the boat multiple times during those 5 minutes. Additionally it will not report more than 10 times in 8 hours.”

On the other hand, I have noticed that the Temperature alert does not need to be reset and reports every 4 hours if it is within the trigger range. it will also update whenever the system is manually queried by the device owner. 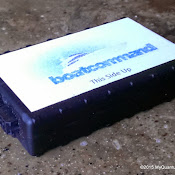 The device owner can configure multiple login accounts on the Boat Command server for friends, family or the boatyard. Each account can be configured to “allow” or “not allow” changes to the device settings. Recently, I discovered that an account that was “not allowed” could in fact change a few settings that it should not have been able to. When notified, Boat Command had the fixes posted within a week.

Note: For anyone who is interested I would be happy to give you a guest account so you can see Quantum Leap’s info in real time and get a better feel for how the system operates. Just send me an email or leave a comment on this post (make sure your email address is valid). When approved, an email invitation will be sent back to you with a link. Go to that link and set up a userID and password of your choosing. Let me know if you have any problems and what you think. 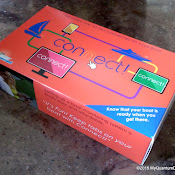 More than just for Boats?

I am also planning to install one of these devices in our Motorhome. I want to be alerted to problems when we are out and about such as shore power failure, low battery voltage and security breaches. While some of the nomenclature of the Boat Command will be incorrect in regard to RV’s, a name is just a name but the benefits are the same.

The Battery, Shore Power, Security, GeoFence, Temperature and Weather sensors translate directly to land yacht use, as do the three Control outputs (which I believe can be custom named). The High Water input could be use as an alternate security alert, perhaps to monitor the cargo bay door sensors or for fire or CO detection. The two “Bilge Pump” inputs could be used to track generator, furnace or hot water heater activity or even the status of a motorized awning (which usually have a wind sensor and auto retract feature). The control outputs could be used to start the generator or turn on lights or air conditioning. If Boat Command elected to make the nomenclature more customizable, the device might gain a whole new market demographic.

Update: A specific RV version is now available. The hardware is the same but the client and input labels have been changed to reflect RV parameters.

So what are the caveats?

If you are looking for a reasonably priced method of keeping tabs on your boat (or RV) from afar, the Boat Command system is worth consideration. From a functional, technical and useability perspective I can recommend this system wholeheartedly. I do feel though that the recently increased price point of $299 (plus the cost of optional sensors) puts it too close to the competition, blurring its edge and taking it out of the “no-brainer” category – at least for someone who is on the fence about a system like this. On the other hand, for someone who has convinced themselves of the benefits of such a system, even at $299 Boat Command still provides a bit more bang for the buck than the competition (at least in regard to the other products I am currently aware of).