Continuing with our exploration of Yuma, everywhere we went there seemed to be advertisements for Medjool dates and for “date shakes”. Always willing to experience the local culture and cuisine, we had to visit Martha’s Gardens Date Farm which was started back in 1990 by Nels Rogers and his wife, Martha. Originally their plantings consisted of 300 Medjool date palm off-shoots but today the farm has roughly 8000 palms planted on over 100 acres. Dates are a very labor-intensive crop requiring workers to make 20 to 25 trips up and down each tree per season.

Tours are given November through March every day Monday through Friday at 10:30 a.m. and 1:30 p.m. with a minimum of 10 people required. The 90 minute tour which costs $10 per person provides guests with a first-hand, in-depth look at what it takes to grow and harvest this delicious fruit. Unfortunately, the timing didn’t work out for us so we’ll have to save that for the next time. 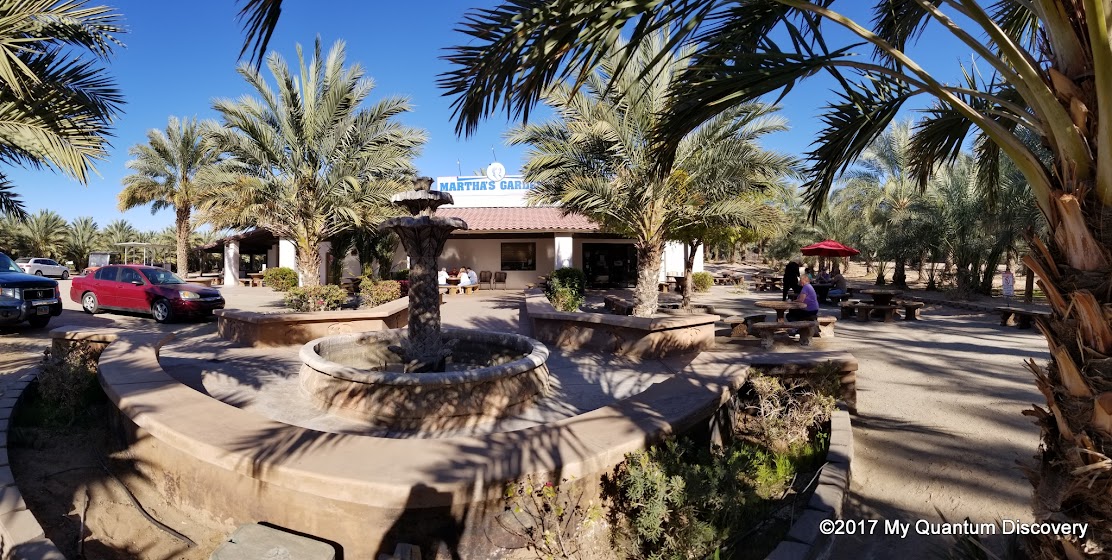 Located about 10 miles east of the heart of Yuma on a dirt road, this is great place to sit outside and relax looking out over the groves of the date palm trees. But before you sit and relax, be sure to go inside to order a Date Shake ($3.99) made from real vanilla ice cream and handmade date paste for a blend that’s smooth and rich, with a lingering note of honey flavor. And so thick that it has to be eaten with a spoon! Yummy! 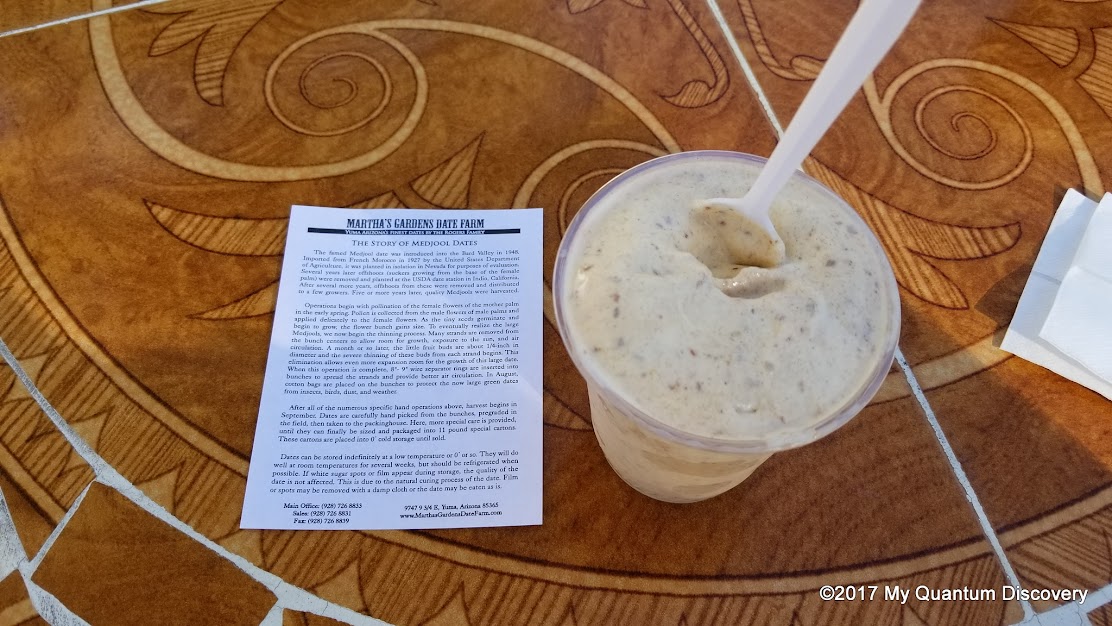 Besides the shakes, the cafe serves sandwiches, soups, salads and a bevy of date-infused treats, including date bread and coconut-date macaroons. 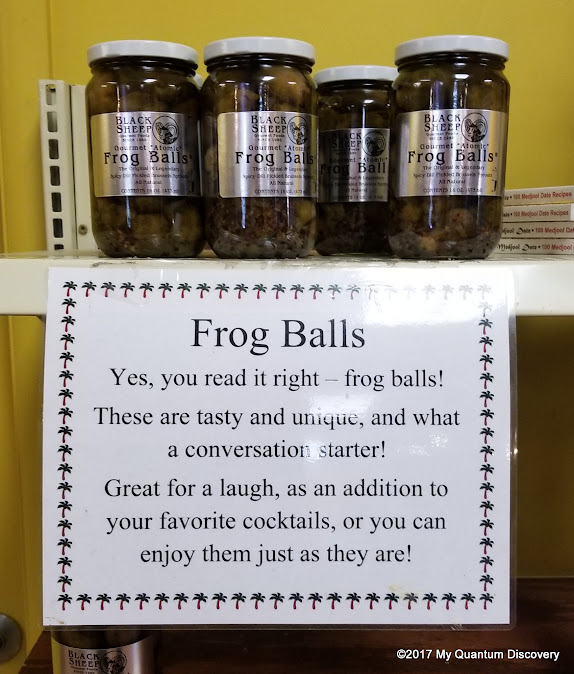 After our shakes, we meandered inside again where we were able to sample different varieties of dates (Dayri, Halawy, Khadrawy and Zahidi) finally deciding to purchase a 2 pound tub of Medjool Dates ($6.99). 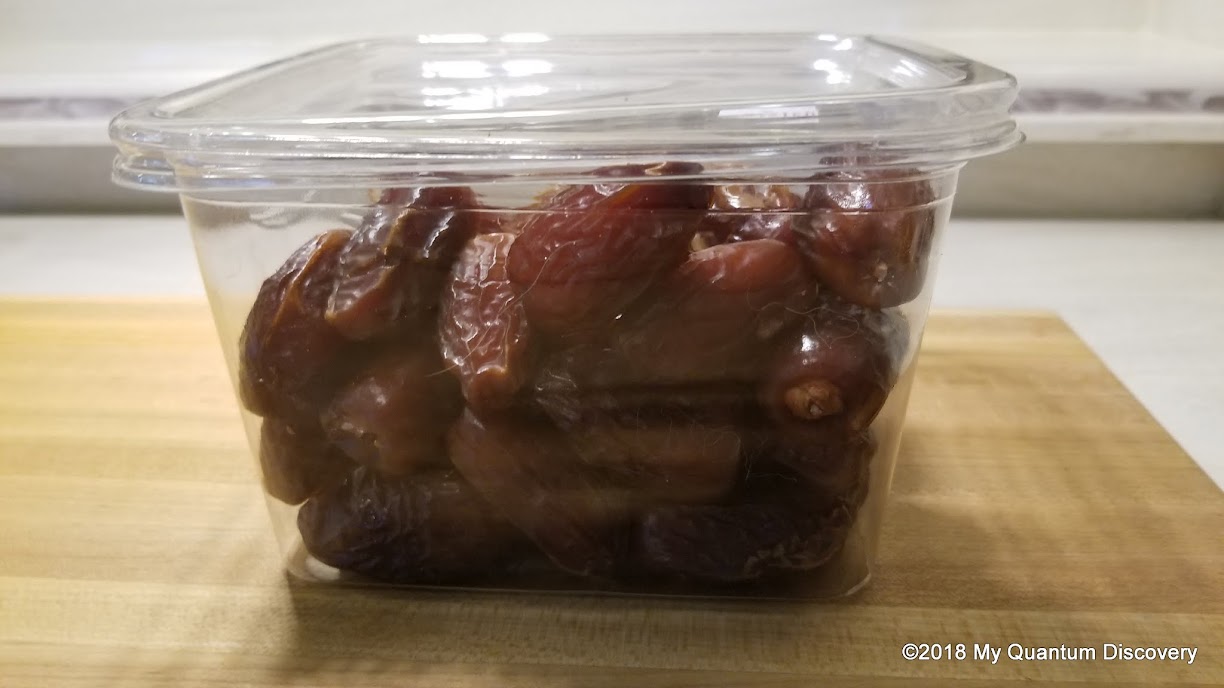 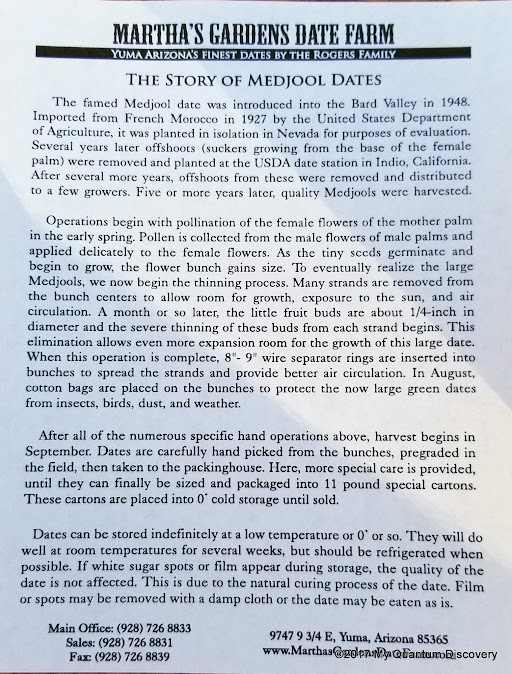 Although we weren’t able to take the tour, one of the brochures explained that there are male and female date palm trees. In the spring pollen is collected from the male flowers of the male palms and applied delicately to the female flowers. Here is a video that shows how that is done. During September, the fruit is harvested by hand. Bet we would have a learned a lot more on the tour! 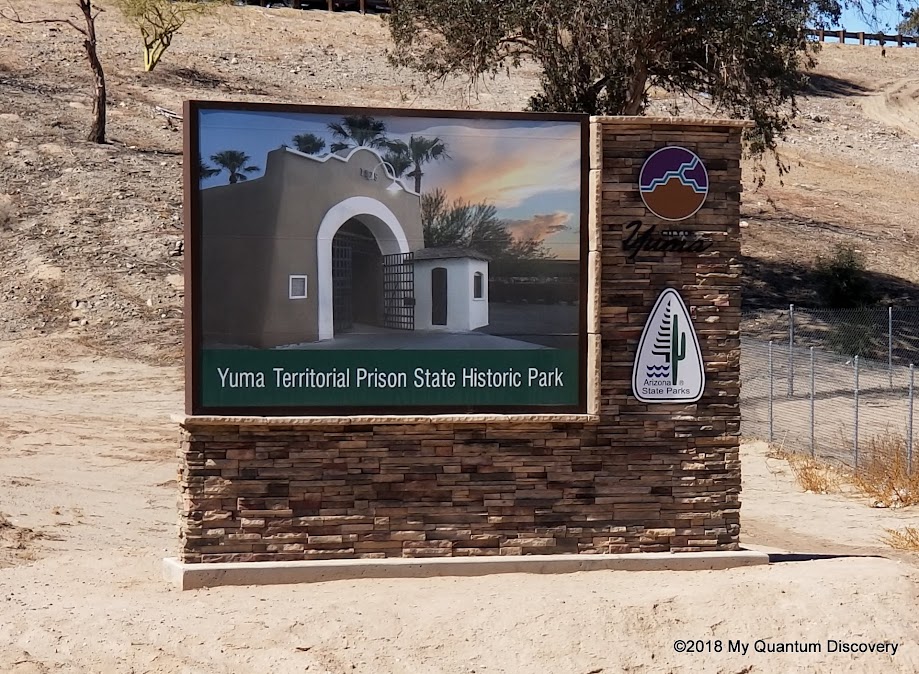 A short introductory film in the Visitor Center provided insight into the history of the prison. From the View Deck and Guard Tower we had great views of he Quechan Indian Nation, St. Thomas Mission, the Union Pacific railroad bridge and the Ocean-to-Ocean Highway bridge which opened in 1915.

In the museum, we learned that it was here on July 1st in 1876 that the first seven inmates entered the Yuma Territorial Prison and were locked in the new cells they had built themselves. During the 33 years that the prison was in existence (until 1909), a total of 3069 prisoners, including 29 women, lived in what the prisoners often referred to as “the Hell Hole” due to the insufferable heat, the fact that it was surrounded by quicksand, rivers and desert in all directions, where ball and chain were standard punishment and tuberculosis was the #1 killer. 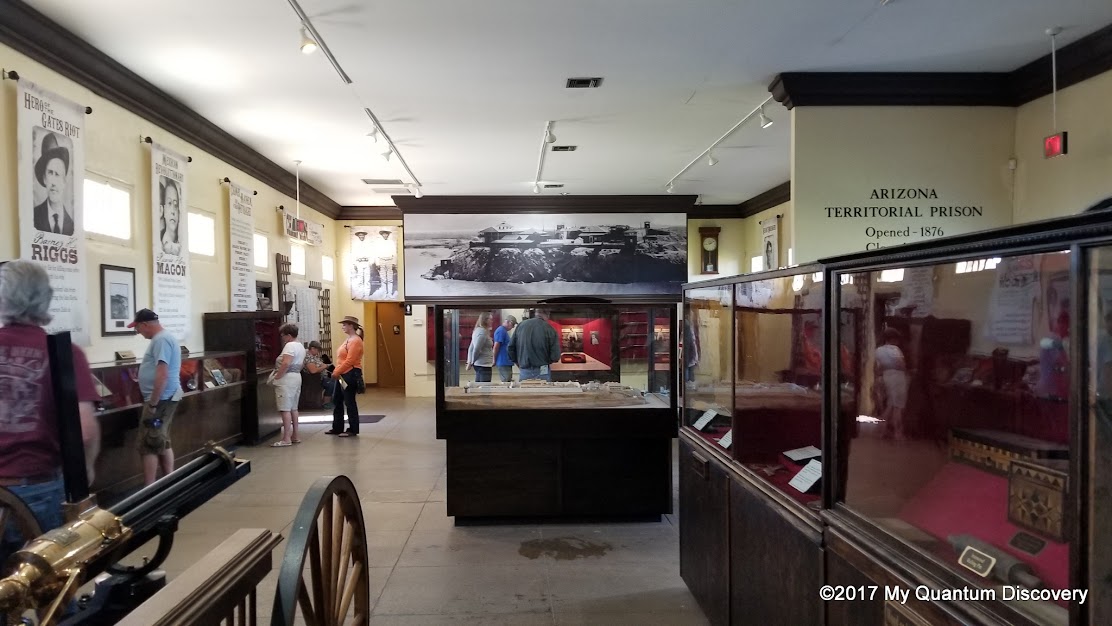 The townspeople however, often referred to the prison as the “country club of Yuma” because it had more modern amenities than many of the homes in Yuma including electricity, forced ventilation, sanitation including two bathtubs and three showers, a library with 2000 books, enlightened and progressive administration and even a prison band. 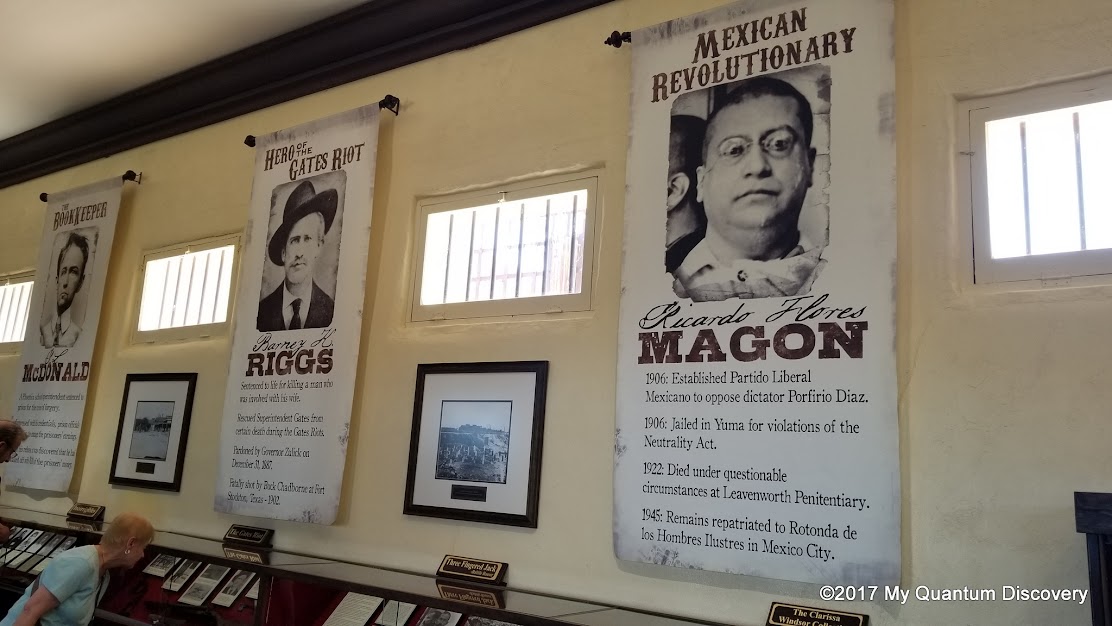 Interesting to read about the prisoners – who they were, what crime they committed and how long they served and general statistics about the crimes. Only two prisoners ever escaped, never to be seen again! 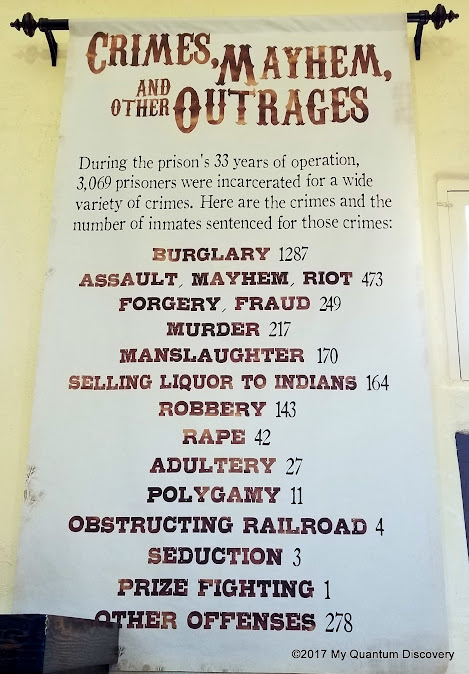 What really gave us a vivid sense though of what it was like to be incarcerated in the prison was strolling along the cell blocks and listening to the voices of long-dead prisoners speak to us from their cells. It was kind of spooky! 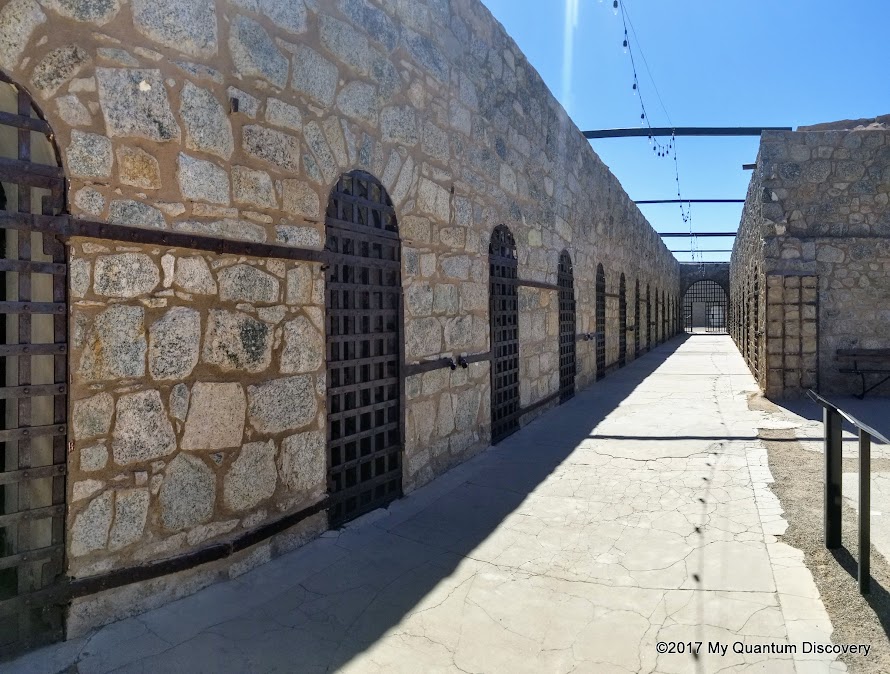 Six prisoners were incarcerated in each cell, yikes! 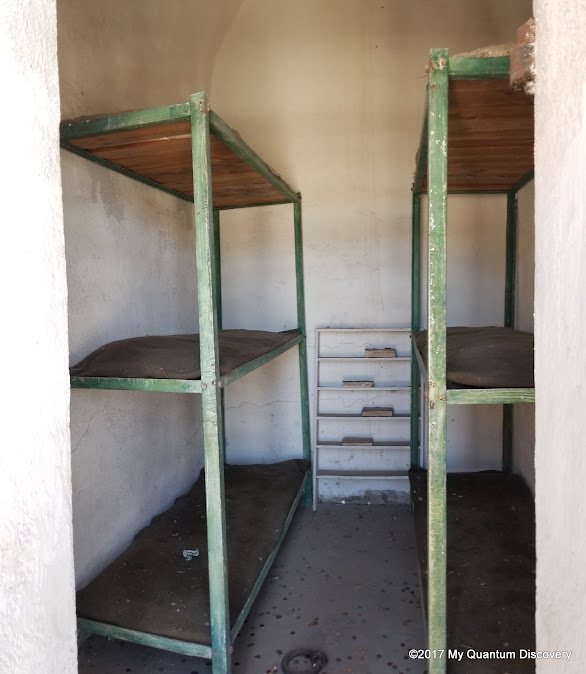 Spookier still was going into the “Dark Cell” room. Inside was a metal cage which measured 10 ft x 10 ft. Here ill-behaved inmates were chained to ring-bolts in severe isolation with no bathroom facilities, dressed only in their underwear and fed one meal of bread and water each day! 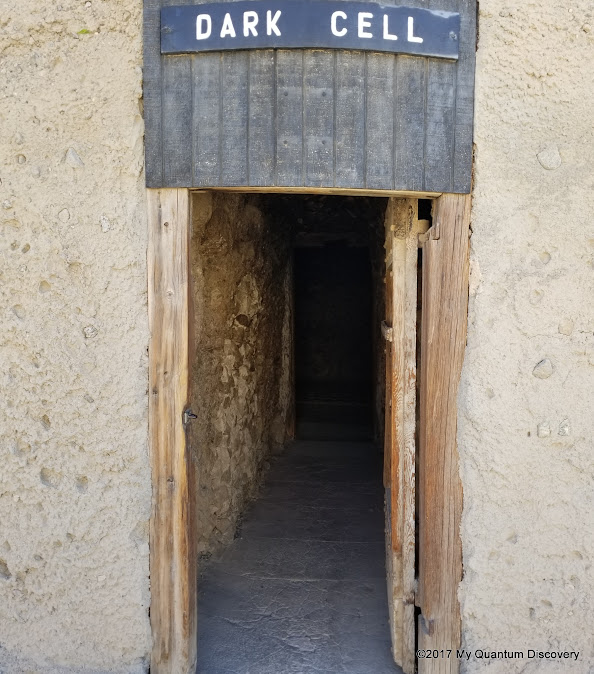 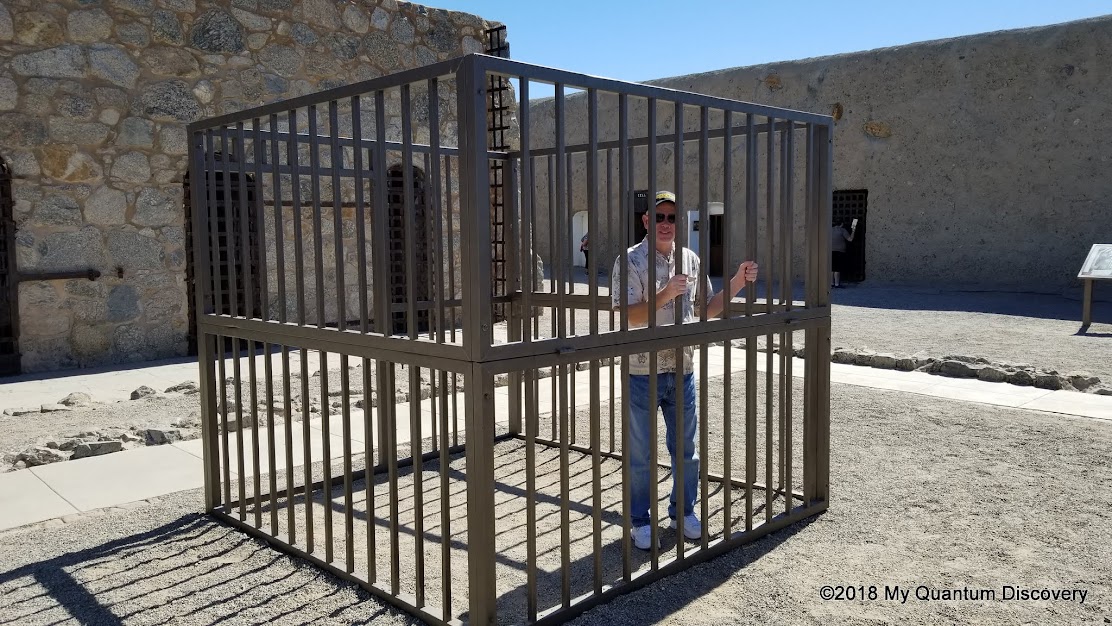 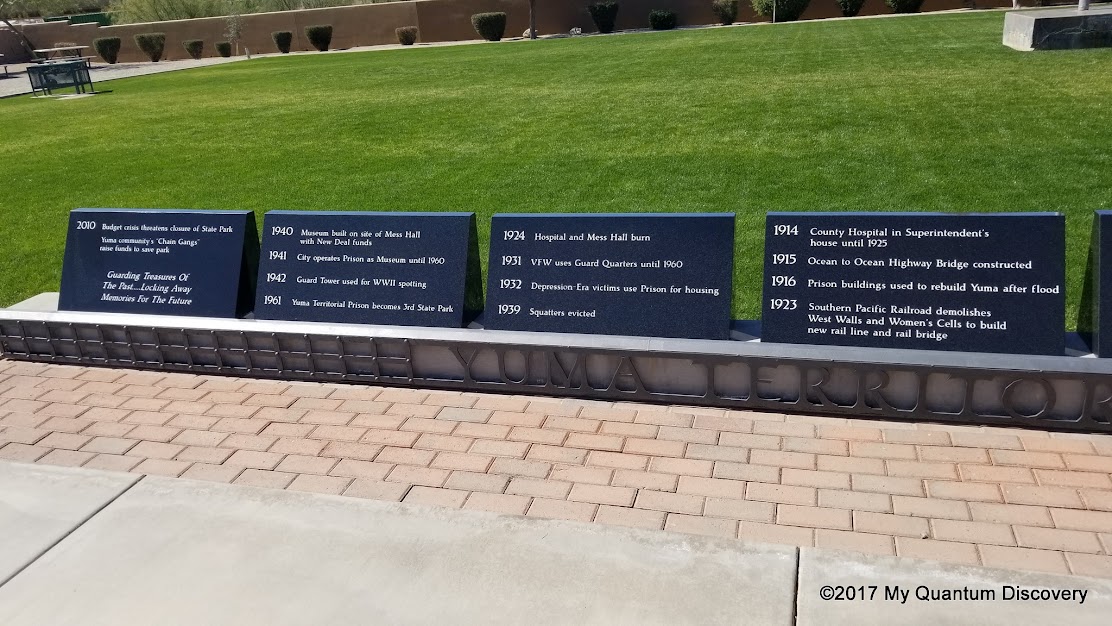 After the prison closed, it was occupied and used by various groups. When the Yuma High School burned, the High School Board rented four structures and used them from 1910 until 1914. Too funny that the school athletic teams became known as “The Criminals” or the “Crims”. From 1914 to 1923, the County Hospital utilized the facilities. In 1924, the Southern Pacific Railroad demolished the western one-third of Prison Hill to make way for the new tracks. The VFW leased the guard’s quarters in 1931 and used it as their clubhouse until 1960. In the 1920’s and 1930’s, hobos, riding the trains, stayed in the cells, as did homeless families during the Great Depression. 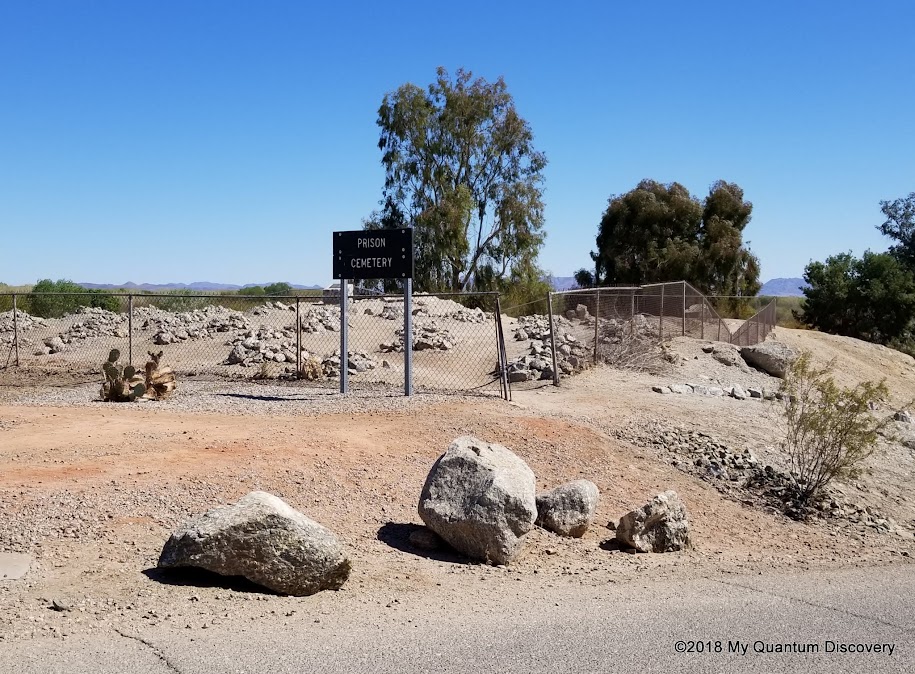 When we left the prison we drove by the prison cemetery. There were 111 deaths with 104 buried in the cemetery (the other 7 bodies were claimed by family).

Not to far from the prison was Gateway Park where we were hoping to get a closer look at the Colorado River and the Ocean-to-Ocean Bridge. Built in 1915, it was the first highway crossing of the lower Colorado and is the earliest example of a through truss bridge in Arizona. You can drive over the bridge but be aware that traffic flows in only one direction at a time – from 1st Street in downtown Yuma or Quechan Drive in California.

Less than a mile from Gateway Park was the historic downtown area of Yuma. Not much of interest there so we didn’t bother stopping. 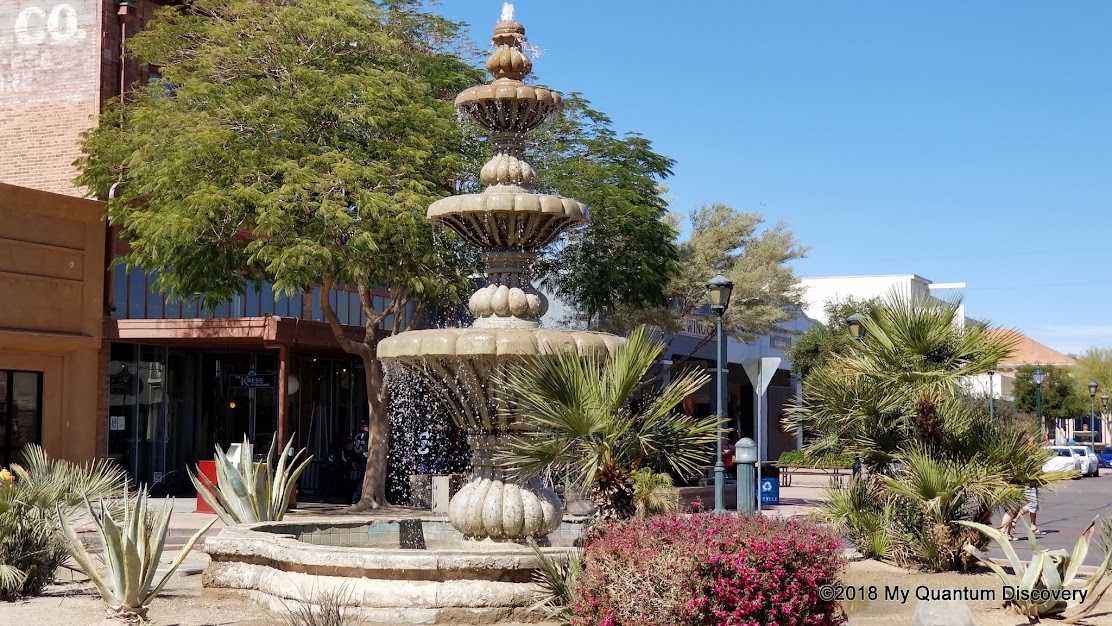 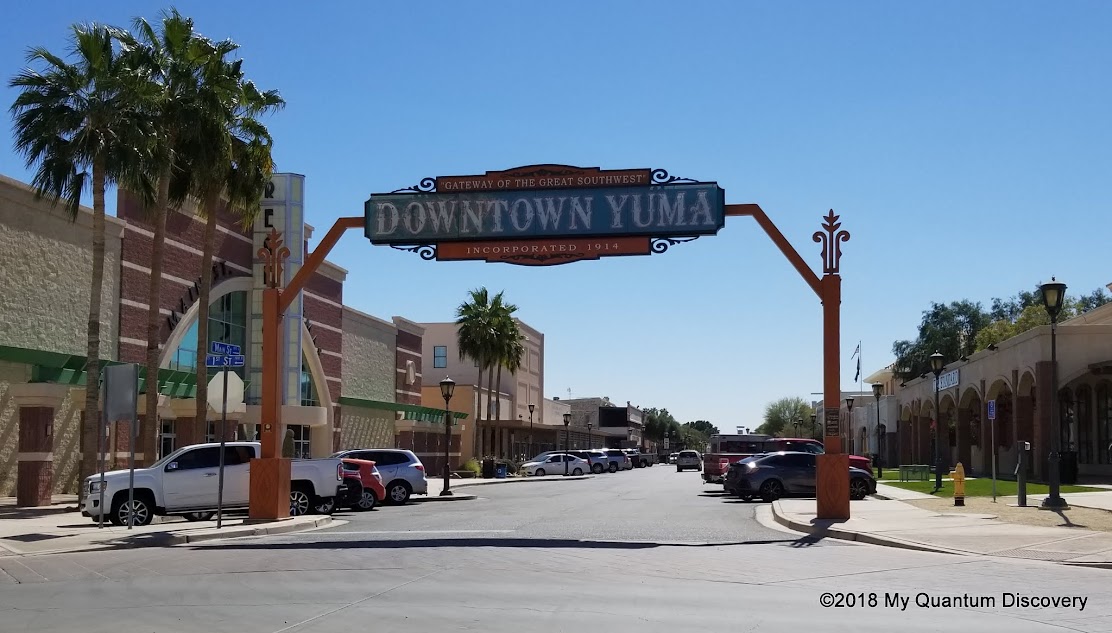 When we returned to the coach, we started to prep for our departure the next day. Next stop – Picacho Peak State Park.