Approximately 100 miles west of Yuma, Interstate 8 would take us through Sonoran Desert National Monument and the Maricopa Mountains and Sand Tank Mountains. With every mile, the desert landscape became even more striking with the extensive saguaro cactus forest. We had visited Saguaro National Park in January 2017 finding these all-to-human shaped cacti totally fascinating. About halfway there, near Casa Grande, AZ, I-8 would intersect with I-10. 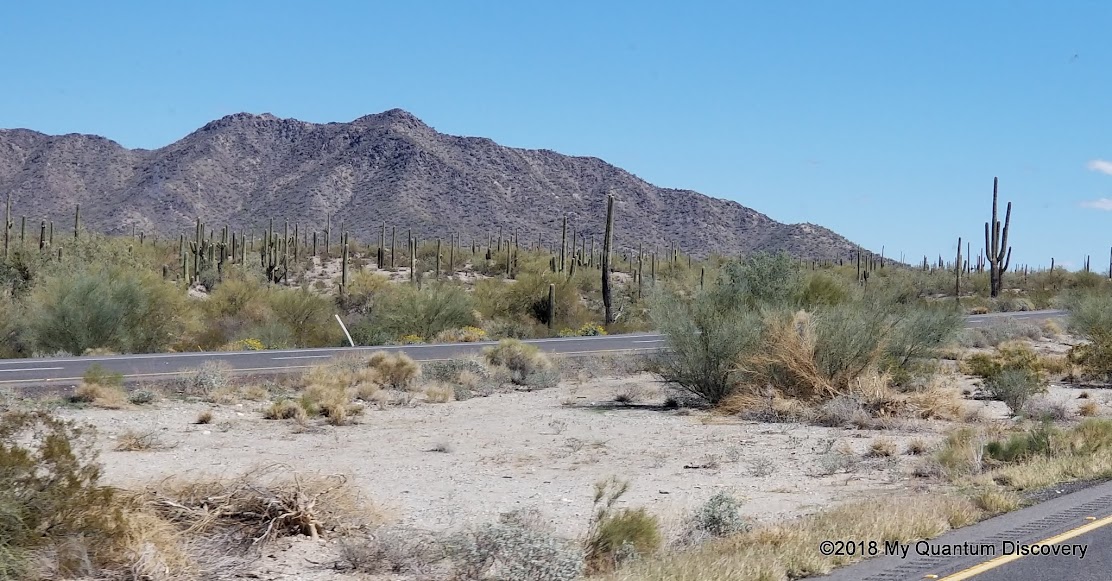 Jutting out of the Sonoran Desert by 1,500 feet are the jagged rocks of Picacho Peak (“big peak” in Spanish). Surrounded by 3,747 acres of state park, it is a popular destination not only for hiking and rock climbing but also for its gorgeous displays of spring wildflowers (we were there too early) and it’s spacious campground. The campground was our destination for a three night stay after we left Yuma on the morning of March 4th.

Being somewhat isolated from neighboring ranges, it was relatively easy to identify the peak because of its sheer jagged rocks at the top rather than the more rounded summits of the other mountains nearby. 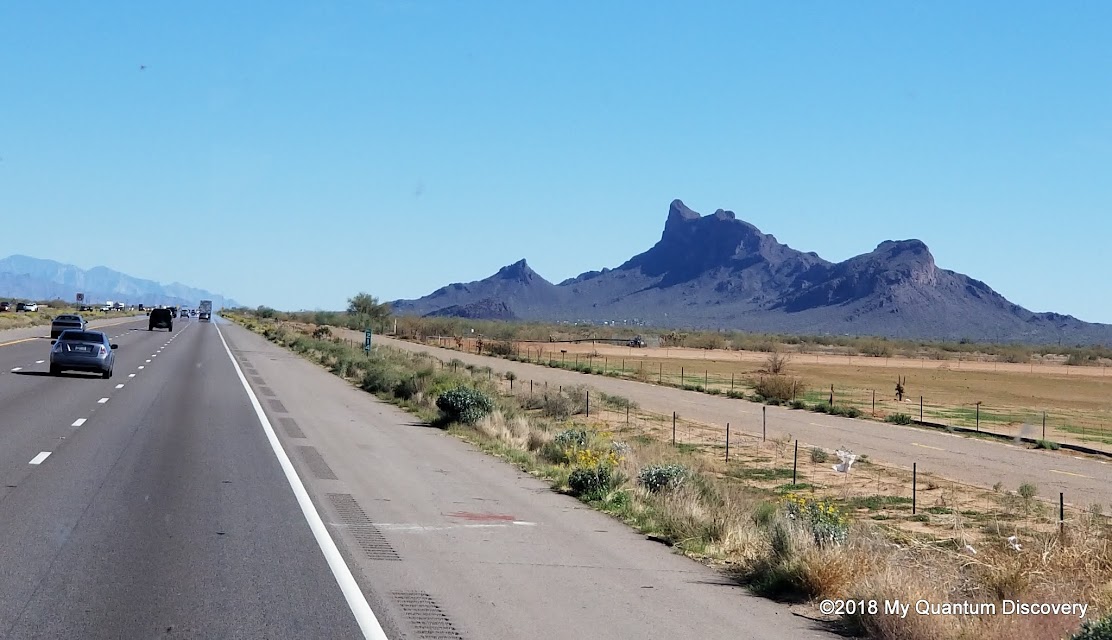 Picacho Peak was once thought to be the remnant of a volcanic neck but now it is believed to be a tilted and eroded piece of rock overlain by a lava flow. Besides this geologic significance and its captivating saguaros and other desert vegetation, it has historic importance as well for this was the site of the westernmost battle of the Civil War. It was here that Union cavalry patrol from California and a party of Confederate pickets from Tucson clashed on April 15,1862, in the Battle of Picacho Pass, the only Civil War battle in Arizona and the westernmost battle in the war. Every March there is a re-enactment of the Picacho Pass battle as well as other battles. This re-enactment has become so popular that more people attend this event than those that were engaged in the actual battle! 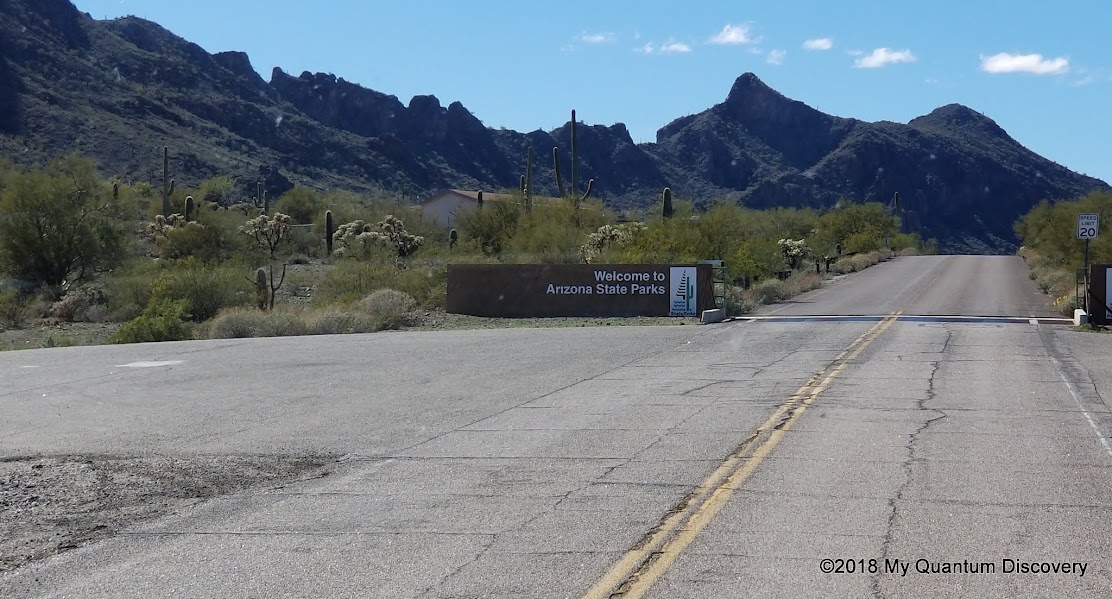 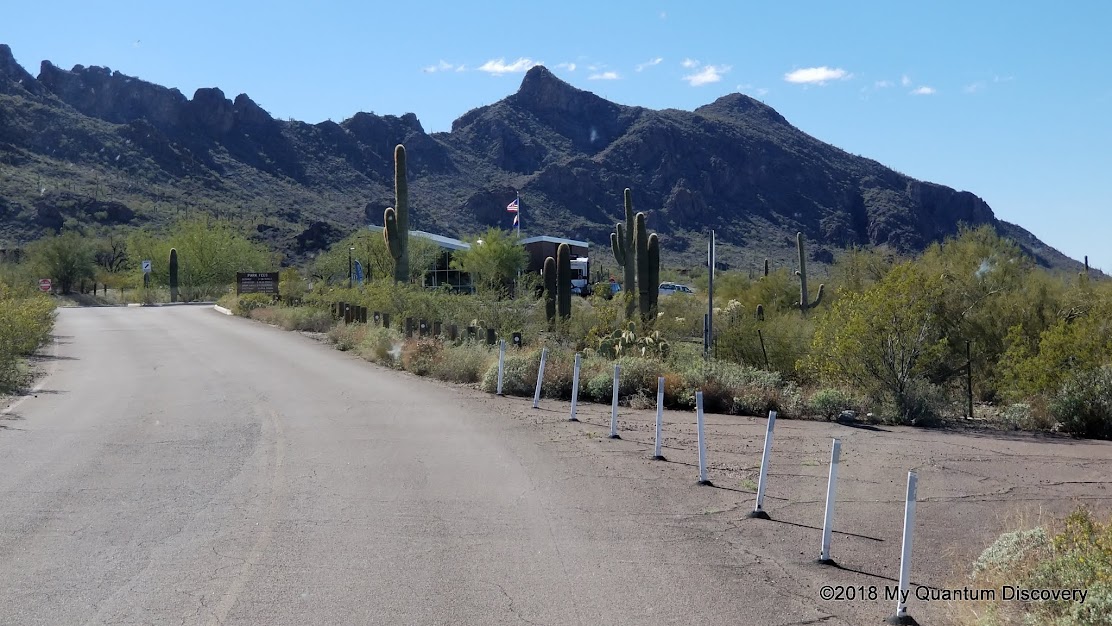 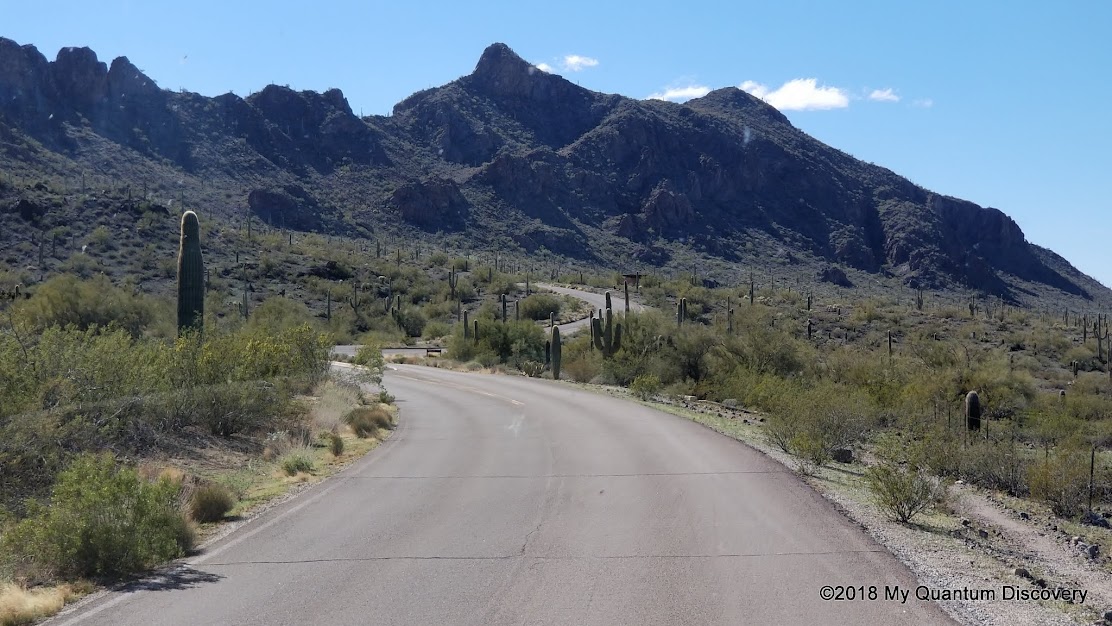 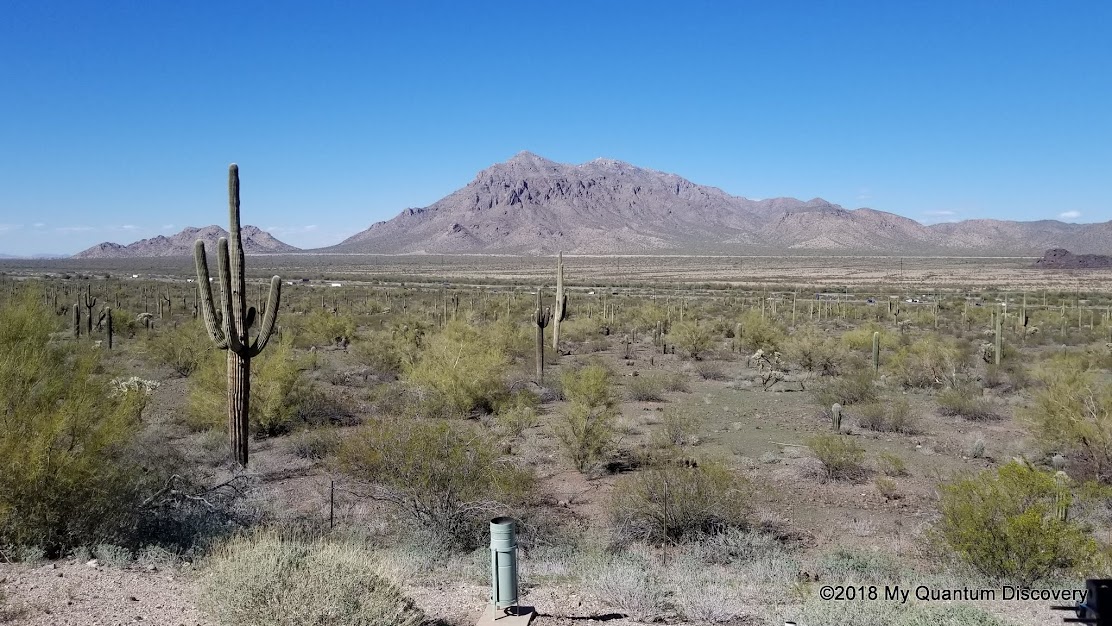 Since we had already reserved a site at the campground (review coming) on their website, it was just a brief stop at the ranger station to check in. Wow! Saguaro cacti everywhere against the backdrop of the huge craggy peak and distant mountains across the highway created an absolutely magnificent landscape in the campground! 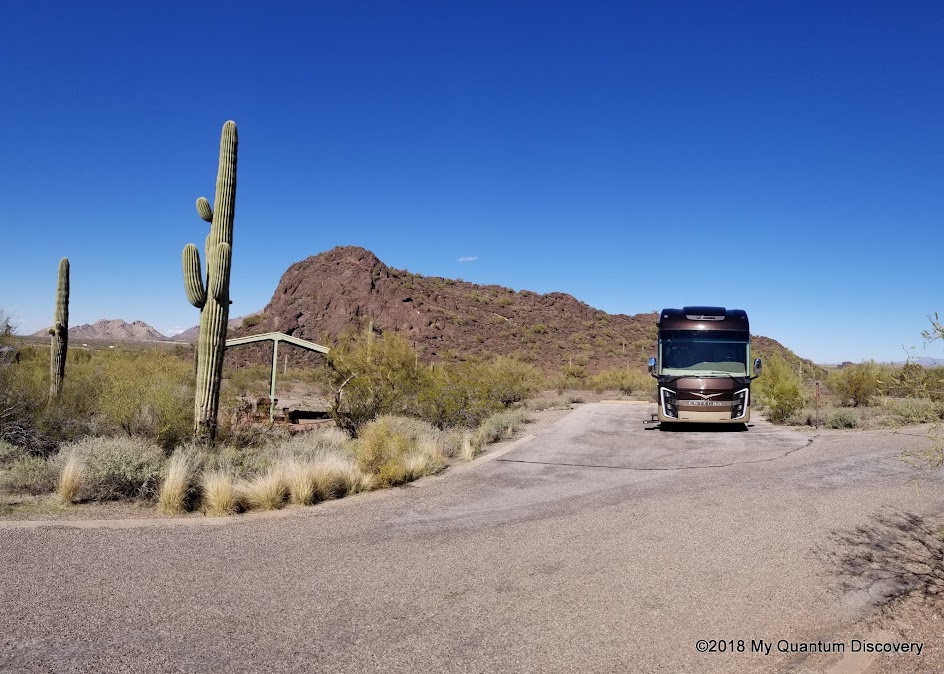 With eighty five electric only sites (no water or sewer) divided among three separate loops, the sites ($30) were quite l 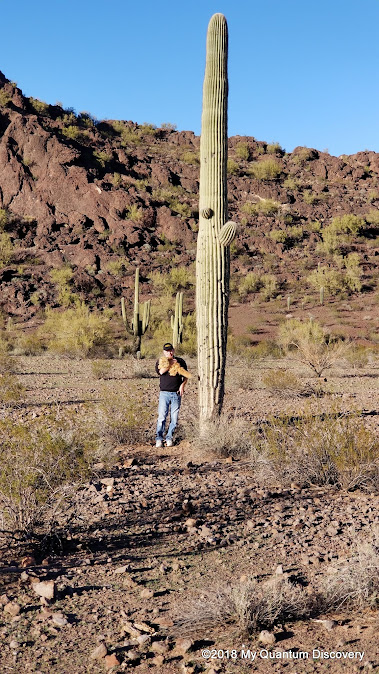 arge with plenty of room between sites. Word of advice, however, the pull thru sites are the half-loop type that run parallel to the road, big rigs will fit but might require some extra jockeying to maneuver into those sites. Big rigs would be better off choosing a back-in, particularly those along the outside perimeter of the loop which provides more privacy.

Potable water and a dump station are available. For a place to stay with full hookups and more amenities, there is an RV Resort, Pichacho Peak RV Resort ($35) nearby but it doesn’t really compare to the State Park in terms of being so close to the natural environment. Be aware that no matter where you stay, there are no nearby grocery stores, just two travel centers, one with a Dairy Queen and the other with a Subway.

Not a lot to do here except to relax and enjoy nature, although hiking is a popular activity in the State Park with several trails of varying difficulty. Although two of them promised very scenic vistas, perhaps it was the verbiage “the route is steep and twisting, with steel cables (gloves are recommended) anchored into the rock in places where the surface is bare” that made me decide to forego any hiking. Yes, there were shorter and easier trails but somehow we never found the time (or the inclination).

Although there’s not much else to do in the area, we did manage a fun day visiting a nearby attraction but more about that in the next post. 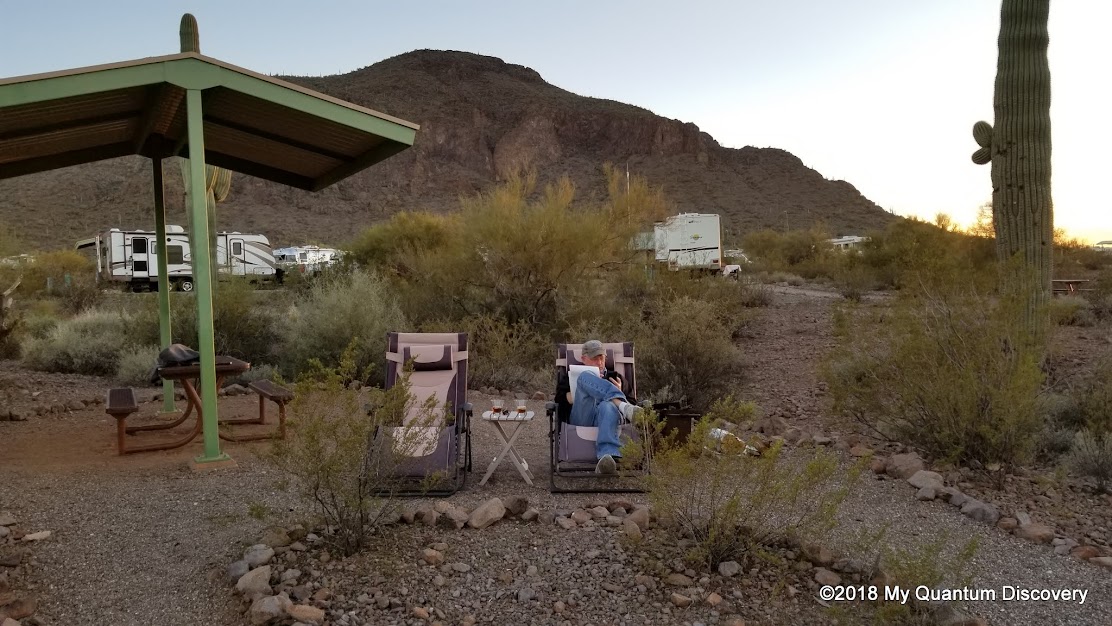 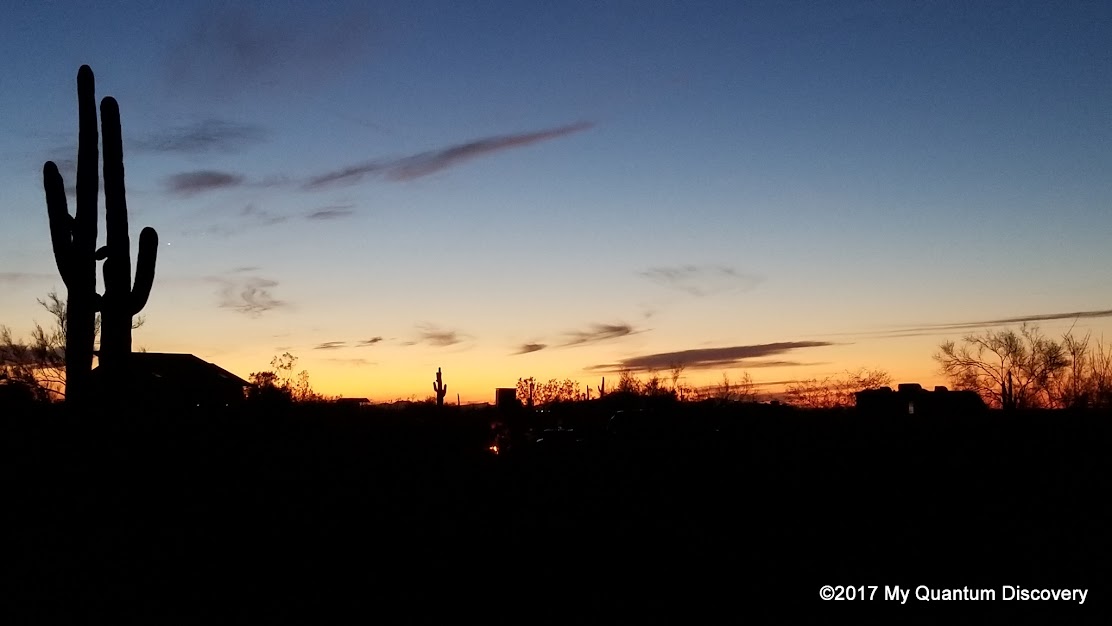