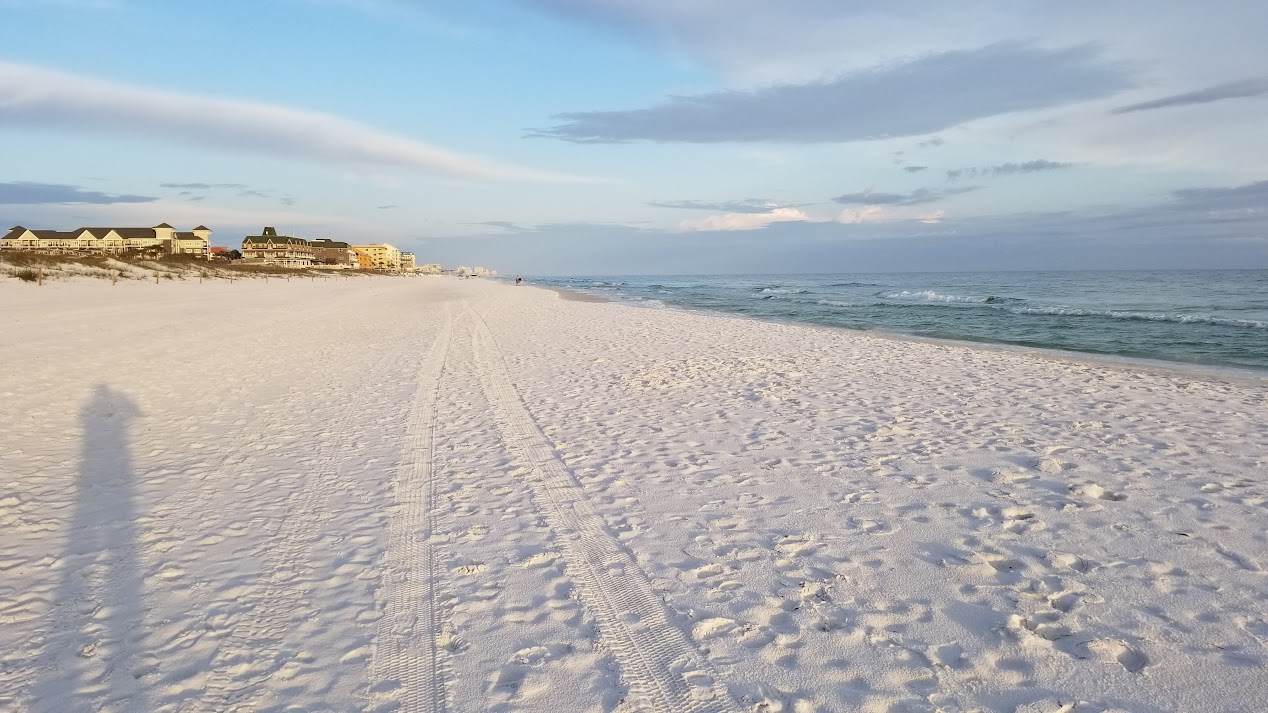 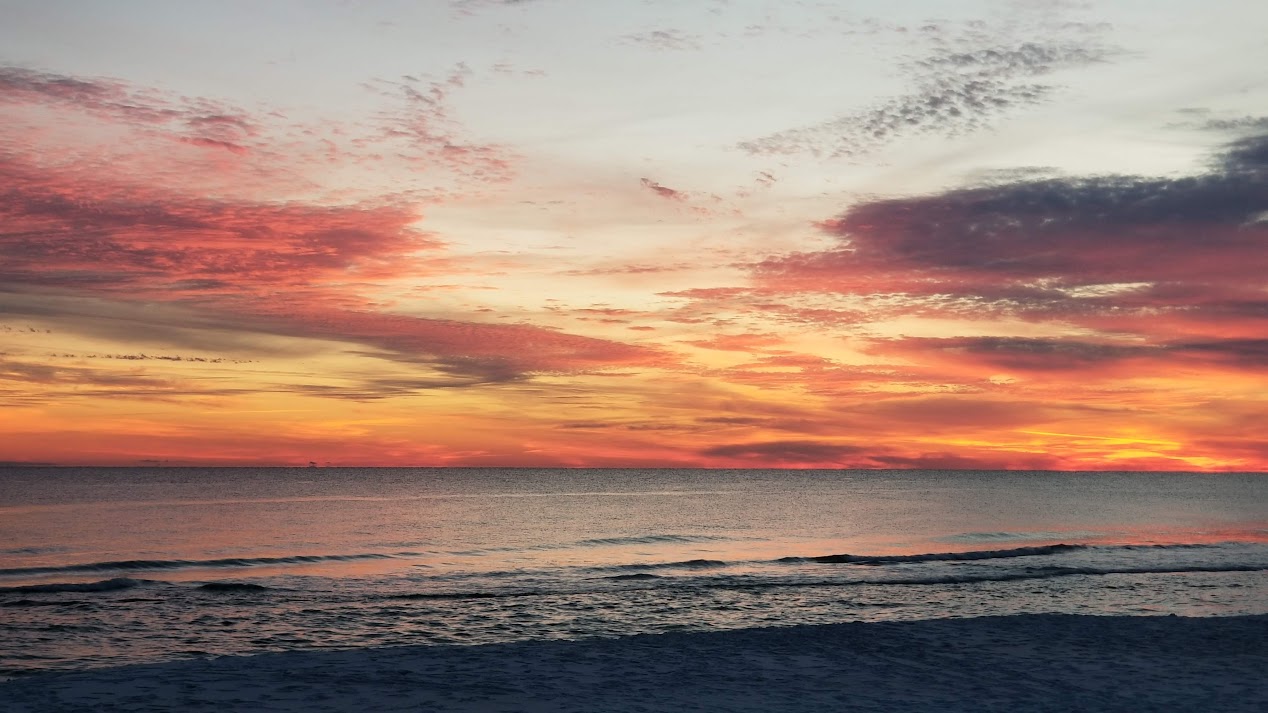 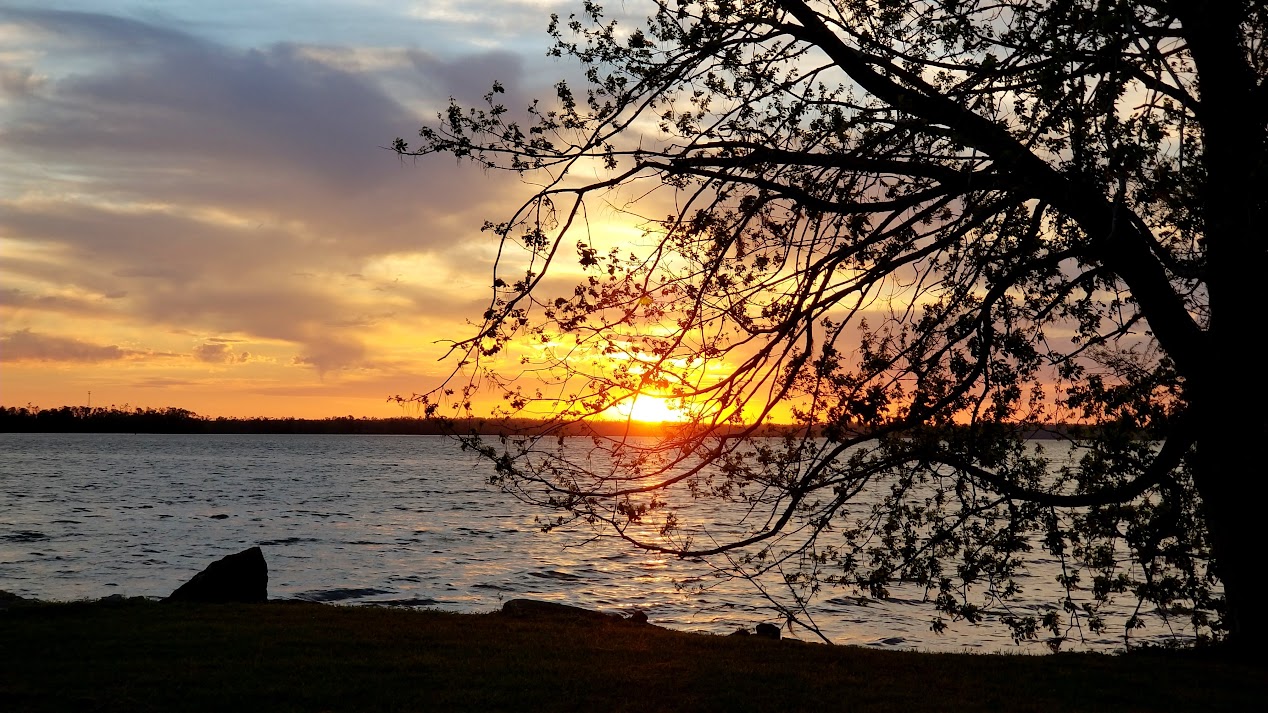 It seems whenever we are on our way to or are leaving from Topsail Hill State Park, our coach automatically steers in the direction of Bainbridge, GA, the location of our favorite Army Corps of Engineers (COE) campground – East Bank. Déjà vu again – we were here back in January on our way to Topsail, now another seven night revisit on the exact same site on our way from Topsail. Not only would it be an ideal place to chill out but it would also be the perfect place to sharpen our pencils and don our thinking caps to tackle our taxes (not that there is ever a perfect place for that chore!). After all it was the end of March and the deadline was quickly approaching. Oh, joy!

Here it was two months later and clean up work from Hurricane Michael was still happening along I-10 near Tallahassee. Surprised to see that there were still a lot of houses covered with the ubiquitous blue tarps in the nearby town of Chattahoochee, FL. As we neared the campground, it was even more startling seeing that the splintered remains of trees had mostly been removed – both sides of the road had been totally leveled. Sure didn’t look the same any more and probably won’t again for a long time!

Since there really isn’t much to do in the area, it was easy for us to concentrate on the task at hand spending a few hours on our taxes each day. When our brains were tired from all the number crunching, it was rejuvenating sitting outside, gazing at the lake while watching the sun slowly set sitting in front of a campfire. 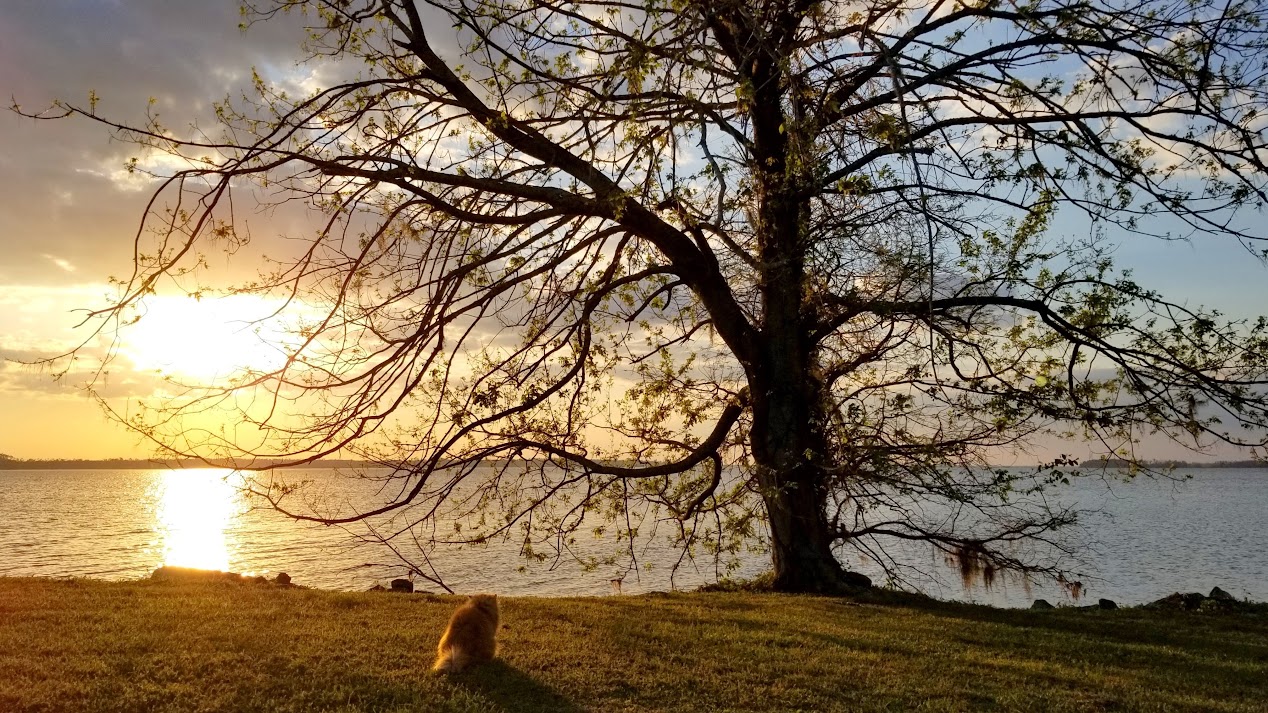 On March 30th we regretfully left East Bank, headed south towards our final destination – Riverbend Motorcoach Resort in Labelle, FL. Our renters were leaving and we needed to put away the patio furniture in prep for hurricane season. 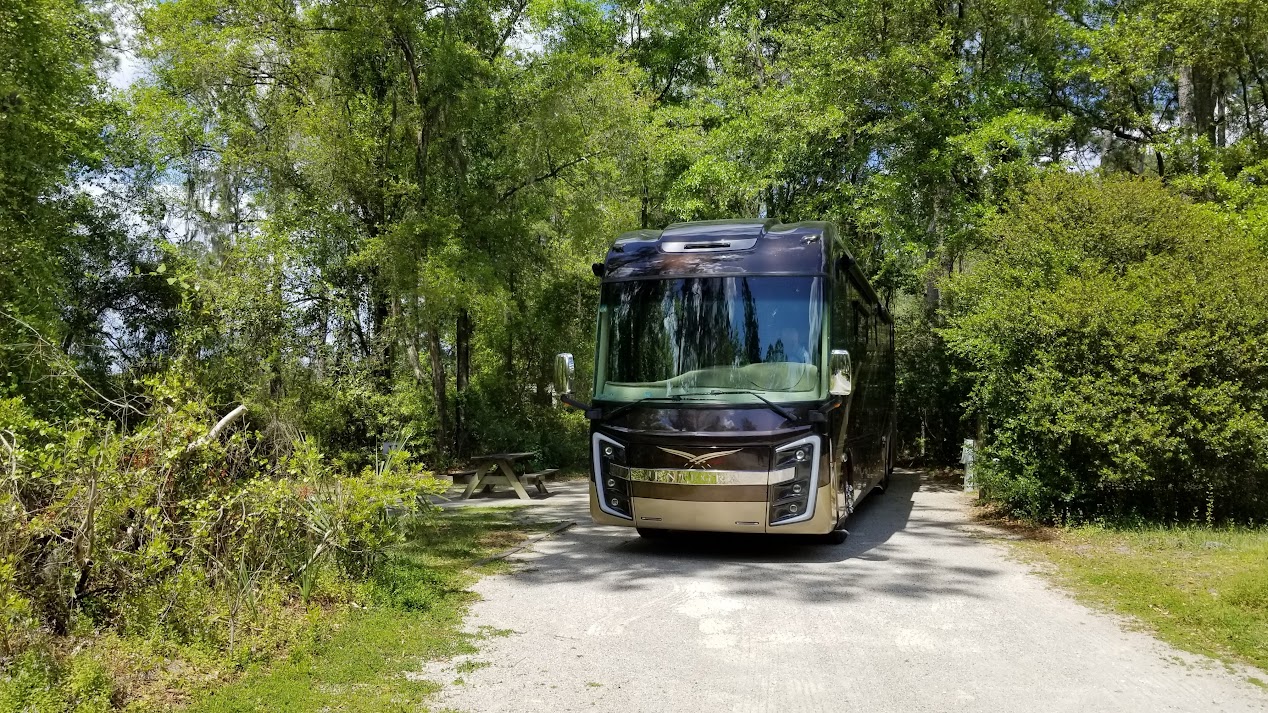 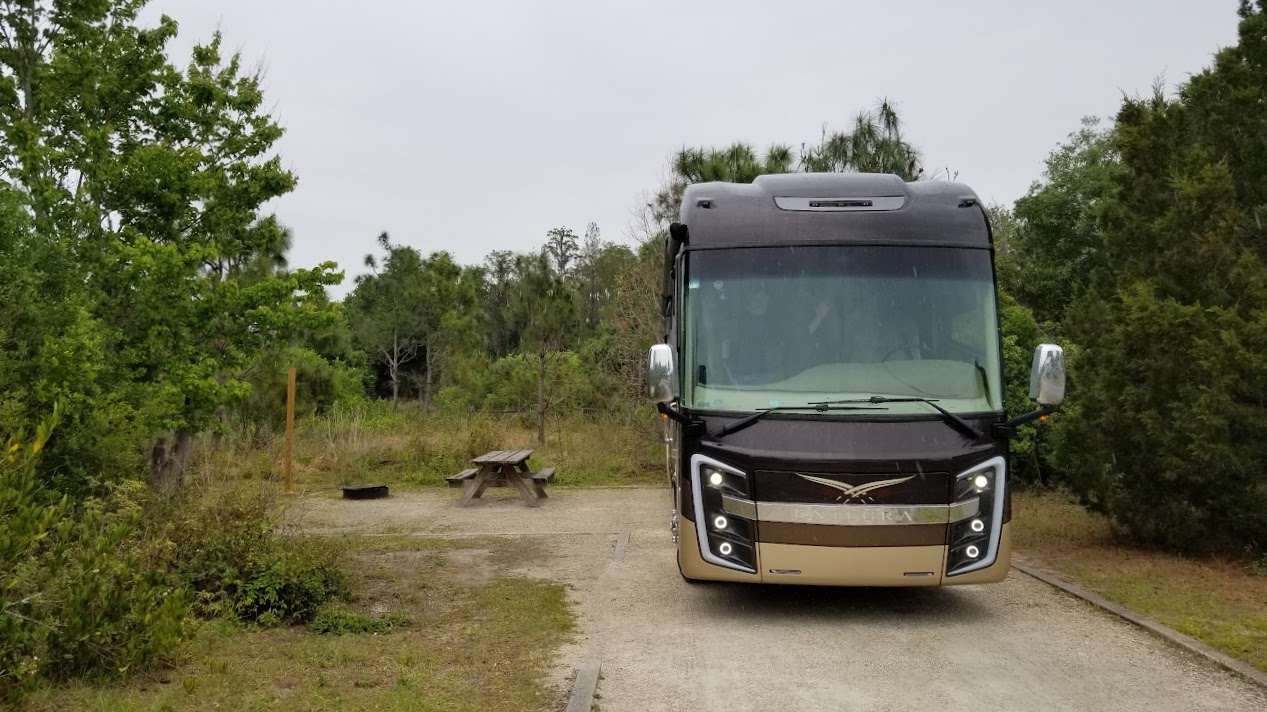 Not much to report at either place although in Clermont we returned to The Friar Tuck for breakfast. Last time we went there was on a Sunday and they had stopped serving breakfast (they serve breakfast all day except on Sundays) so we wanted to give it another try. Rob was looking forward to having their corned beef hash that was listed on their website menu. But alas, they no longer offer it. Instead we both had the Full Friar ($10.99), two eggs, Heinz beans, black pudding, mushrooms, tomatoes, English bacon, sausage and toast. 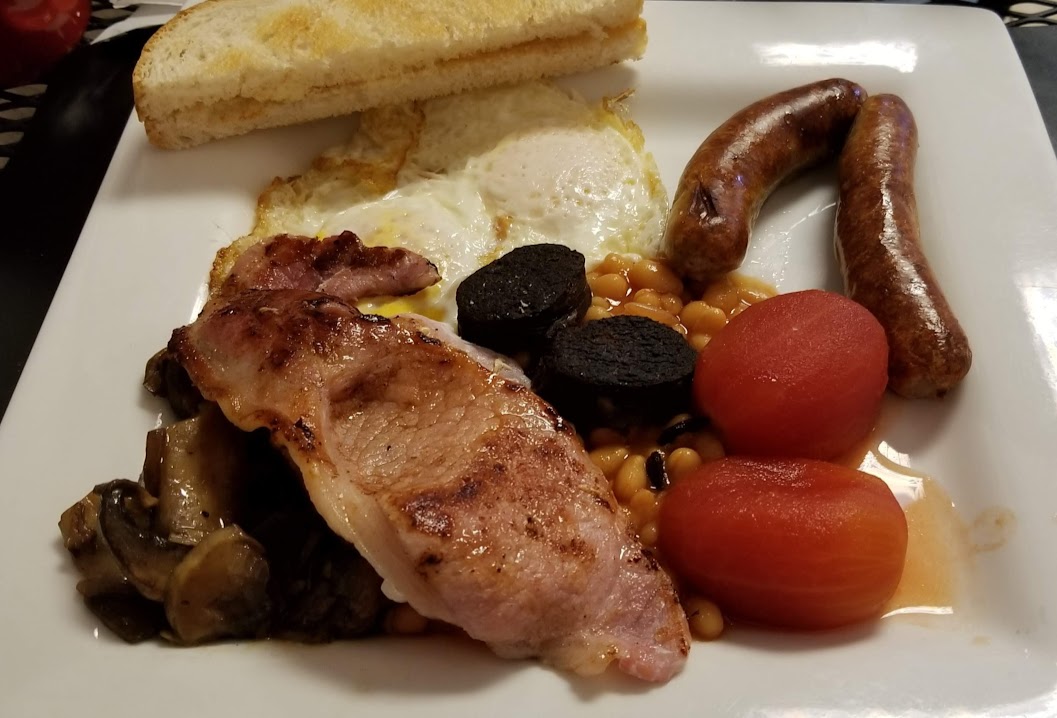 A lot of food and quite good! Before we ordered, we commented that we couldn’t remember exactly what blood pudding was even though we’ve been to the UK several times. It’s one of those food items that you are better off not knowing what it is until after you eat it!

Leaving Lake Louisa on April 3rd, it was a three hour drive along US-27 to I-4 to US-17 to Riverbend Motorcoach Resort (see our review).

When we arrived, we could see that many people had already left and pretty much all activities had ended for the season. No big plans while we are here. Not exactly sure when we are leaving, most likely around the 15th. More later…