Having been to Schoodic Peninsula during a day trip from Bar Harbor many years ago, we knew that the area was kind of isolated and that it was a pretty long drive to Bar Harbor. So what would we do all week? Would we have too much time on our hands? Would we be bored?

HA! As soon as we met up with our friends, Betsy and Nancy, George and Andy and Pat and Debbie, we knew that the word boredom wouldn’t be part of our vocabulary that week. There would always be something going on.

Although it is located on the opposite side of Frenchman Bay and only five miles east of Mount Desert Island as the bird flies over the ocean, it takes well over an hour to drive from Schoodic Peninsula to Bar Harbor.

Wanting to spend an afternoon in Bar Harbor but not wanting to deal with the long drive and the nightmare of finding a parking space, we all decided that it would be fun to take the Bar Harbor Ferry from Winter Haven to Bar Harbor where this boat docks directly in front of the Bar Harbor Inn and the beginning of the Shore Path.

Another option would have been the free propane-powered Island Explorer bus. Although there was local service to destinations on the Schoodic peninsula during our stay, the route to and around Bar Harbor wasn’t operational (June 23rd – October 8, 2018). Featuring nine bus routes, this free service links hotels, inns, and campgrounds with destinations in Acadia National Park and neighboring village centers. 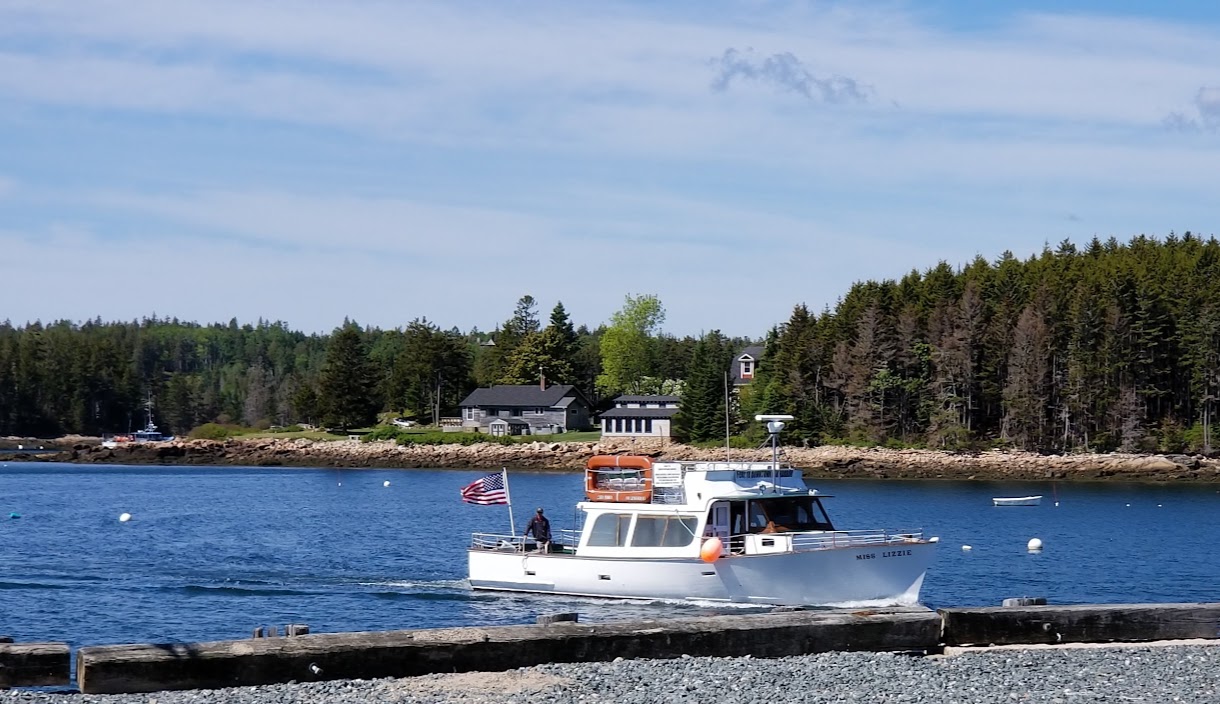 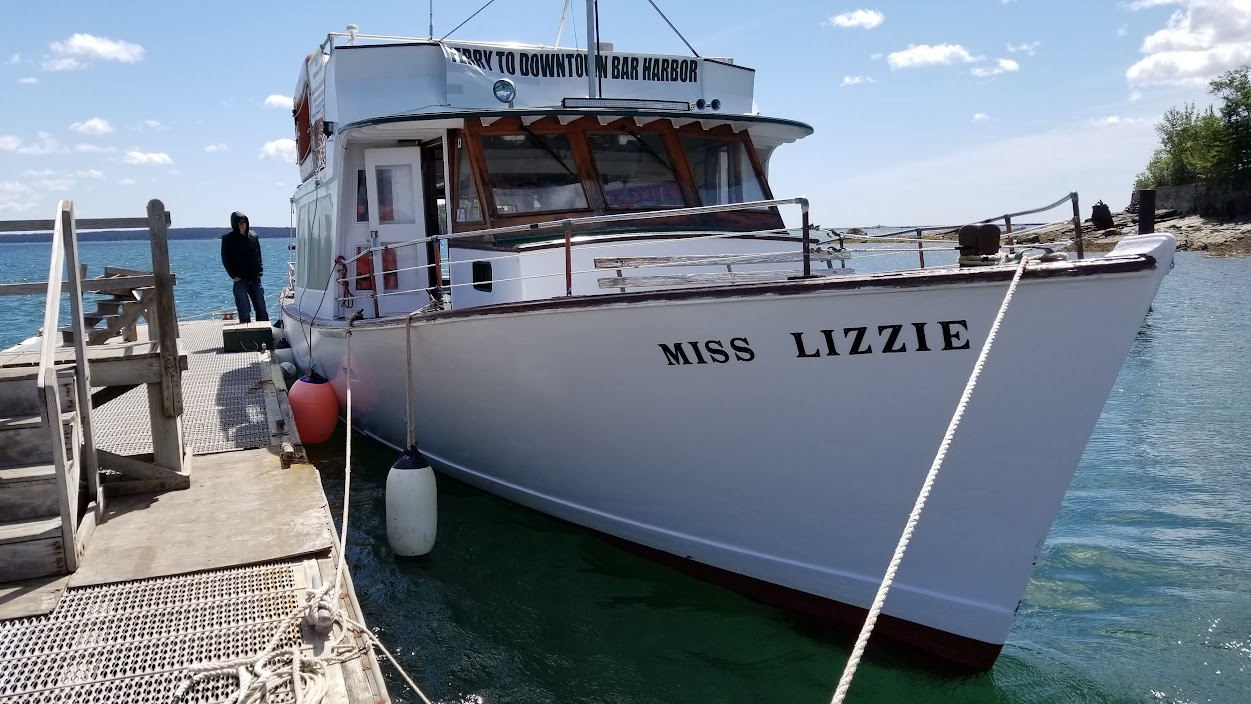 For $26 per person, we could sit back and relax during the 45 minute trip while enjoying the raw, rugged beauty of Frenchman Bay and perhaps see seals, porpoises or even an eagle along the way! Even the parents of Elizabeth Taylor, Spirit and General Beauregard, were happy  – the three bow-wows, were welcome to join in on the fun. Too bad, Sparky, not fun for kitties! 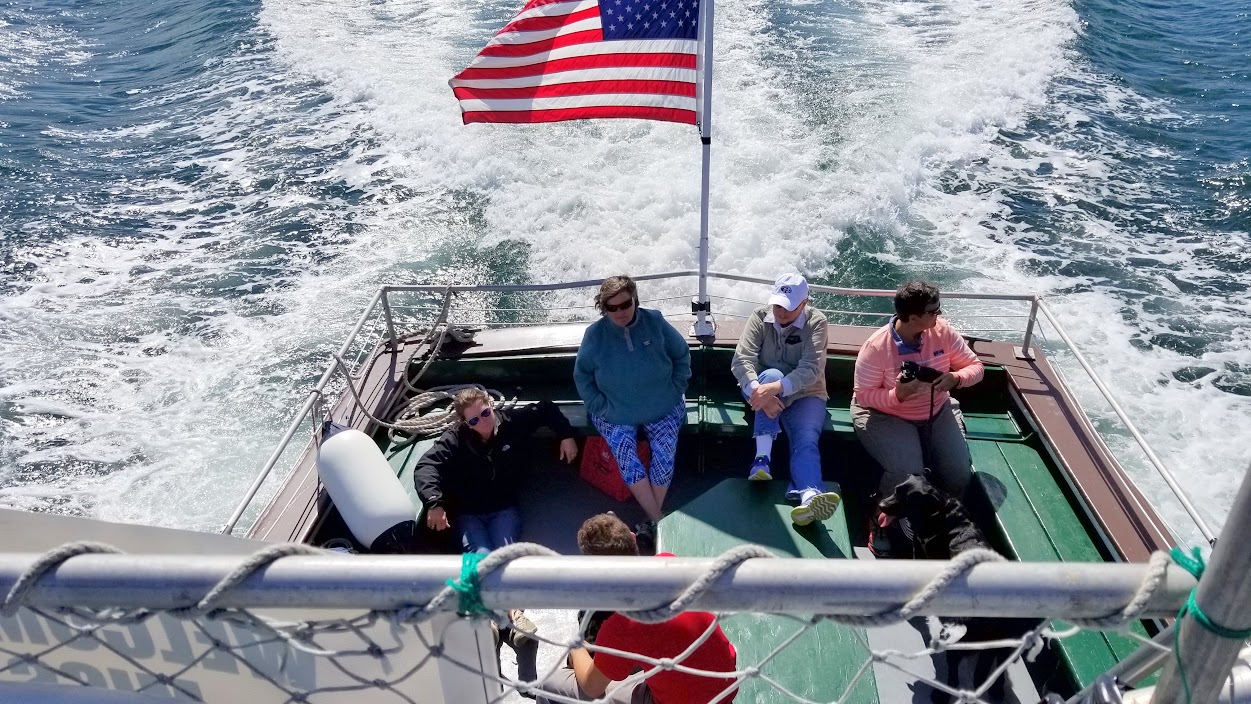 Since we wanted to take the 10 a.m. ferry, we waited until an early morning fog wasn’t in the forecast. And knowing how congested Bar Harbor can get when a cruise ship arrives for the day, we checked the Bar Harbor Cruise Ship Schedule to choose a day when there weren’t any cruise ships scheduled to be in town. Based on the weather forecast, it was a last minute decision – Saturday, June 9th would be the day!

When we arrived at the ferry dock, there were only a few other people waiting. With a capacity of only 40 people, I imagine that during the summer, it must get pretty crowded although there appears to be another ferry service, the Schoodic Ferry which provides a similar service from June 11 to September 29, 2018. Note: this ferry does not land directly in downtown Bar Harbor, but is about a 1.3 mile/half hour walk from there. 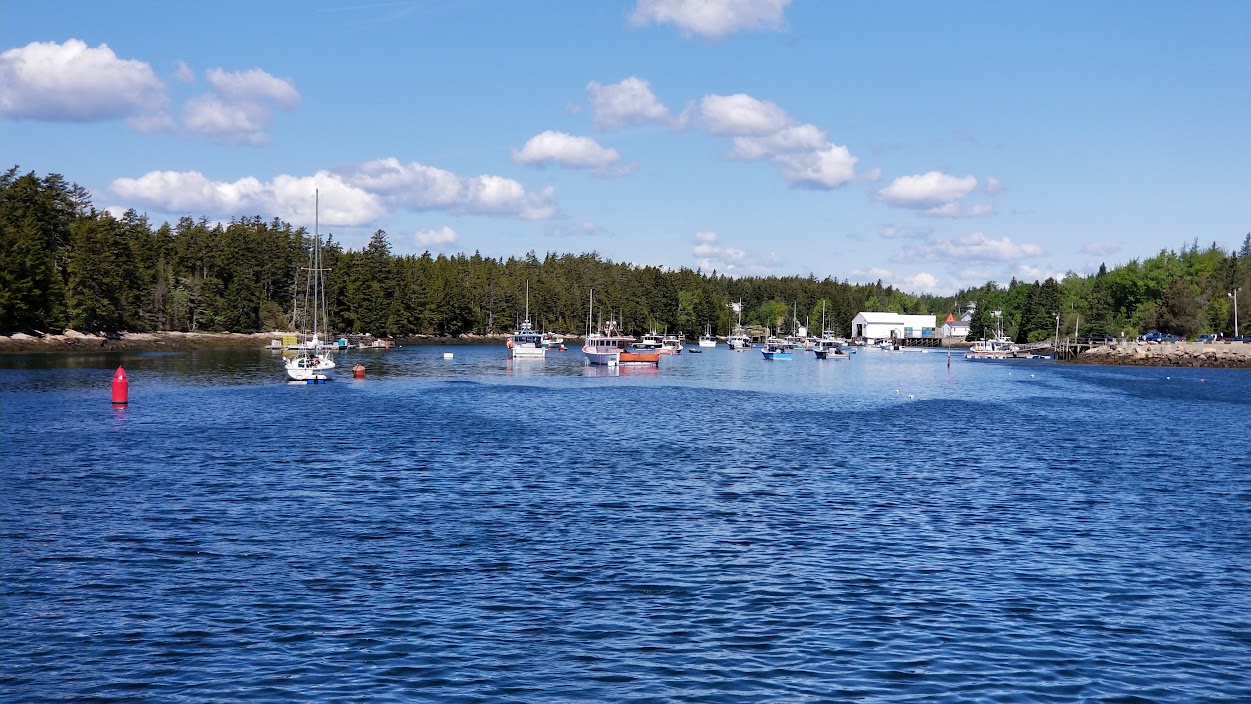 It was a perfect day with temps in the mid 60’s (perhaps a little chilly on the water) and a bright blue sky dotted with white puffy clouds!

It wasn’t a narrated tour but as we headed out into the bay, the captain would take us up close to some of the islands so we would have good visibility to the jagged coastline and maybe see some wildlife (never happened!). One of the islands was Ironbound Island where I later learned that the famous American artist John Singer Sargent (1856 – 1925) painted his well-known “On the Verandah” watercolor at his summer home. 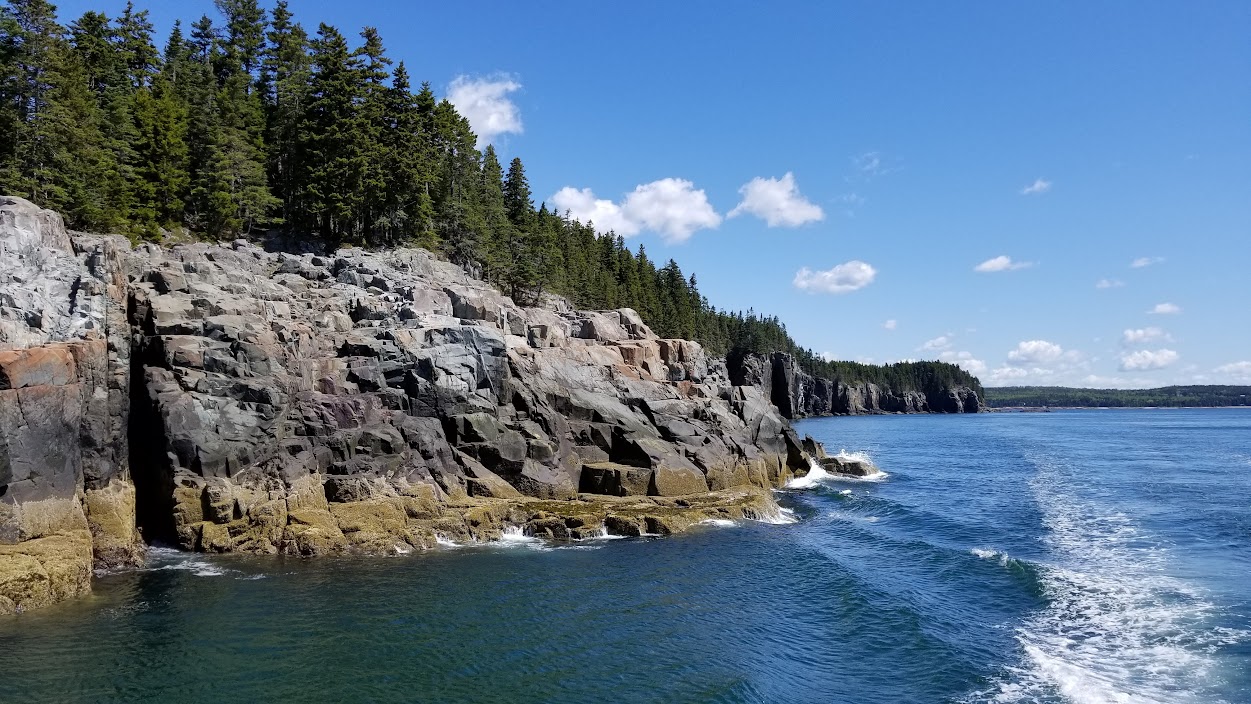 When we disembarked from the ferry, we all went our separate ways agreeing to meet for lunch at Paddy’s Irish Pub & Restaurant at noon. While the others headed out to shop or to check out the local farmer’s market, Rob and I strolled along the Shore Path which is always quite pretty (see this post from 2015 for more detail about the path). 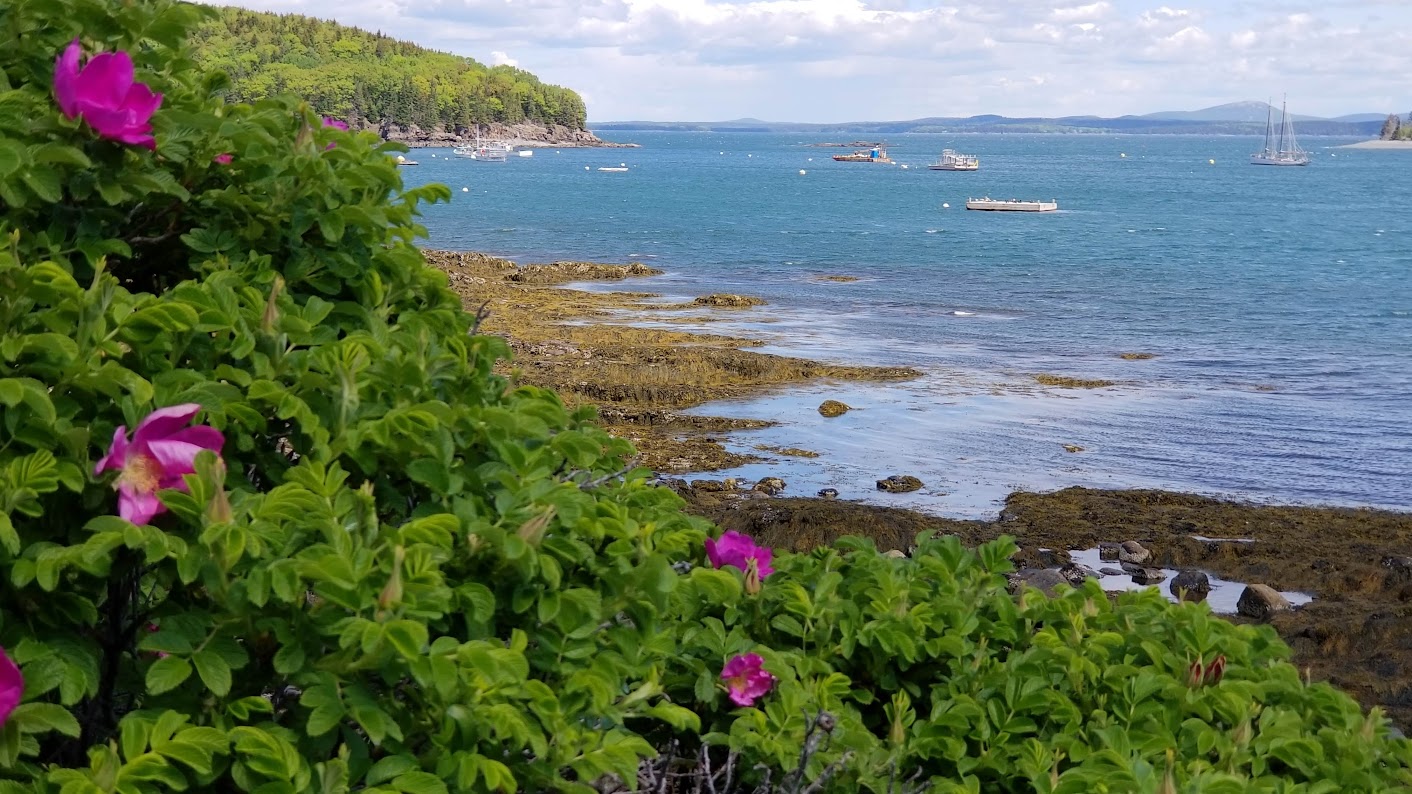 The Bar Harbor Inn was as pretty as ever with all of its flowers and bushes in bloom and Balance Rock is still perched next to the shore looking like its about ready to topple over! 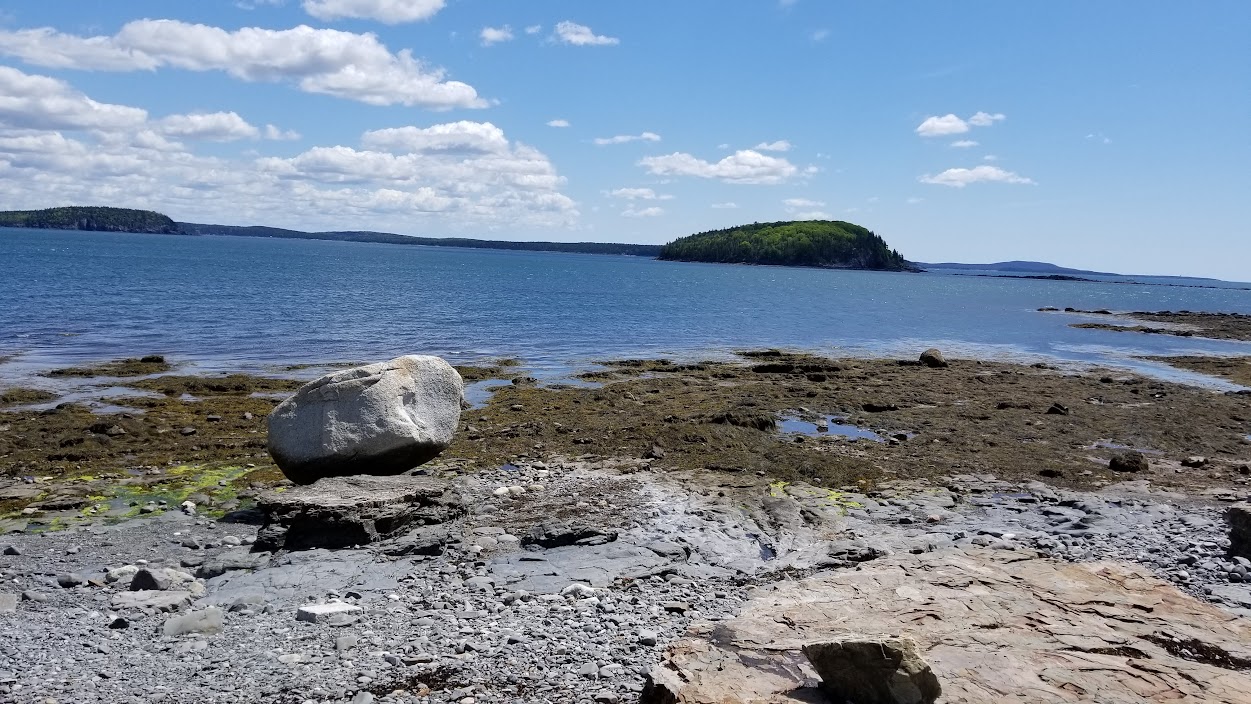 Surprised to see the addition of an area along the path with several park benches and a few picnic tables. That’s new since 2015. 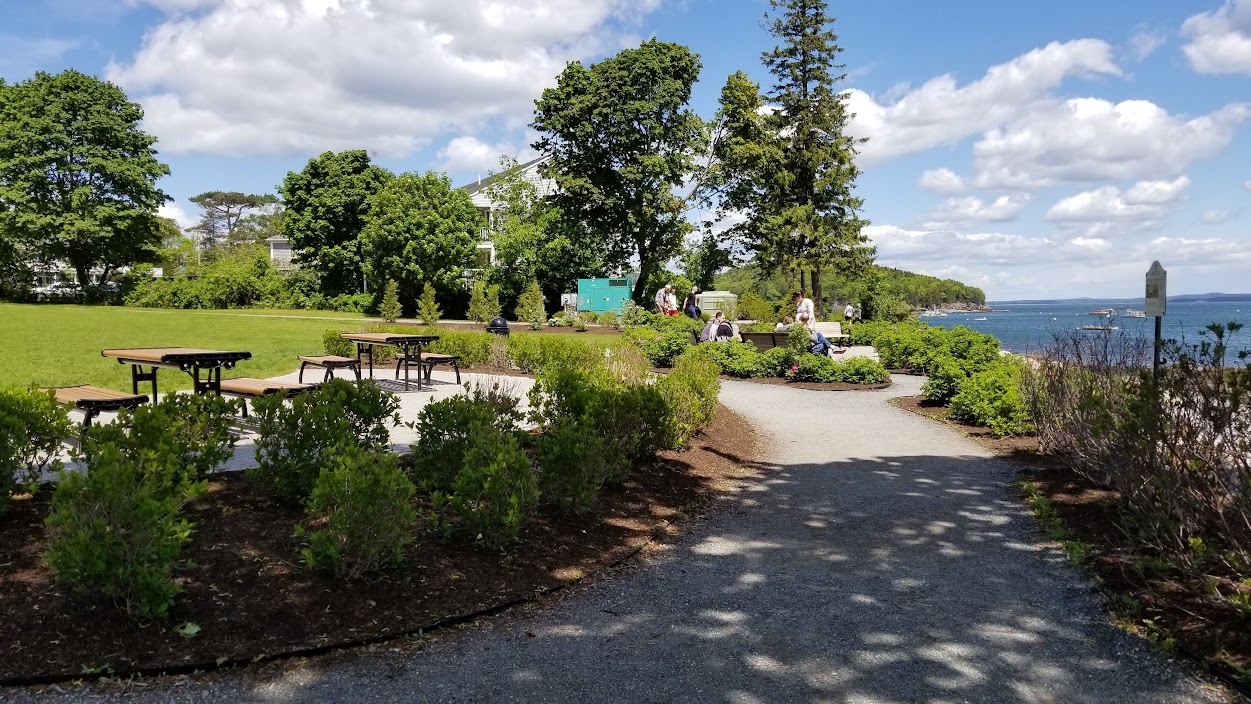 After a fun lunch at Paddy’s (more details about that in our Downeast Deliciousness post) followed by a yummy ice cream for dessert at Ben & Bill’s Chocolate Emporium, we continued our stroll until it was time to head back to catch the 3:30 p.m. ferry back to Winter Harbor. 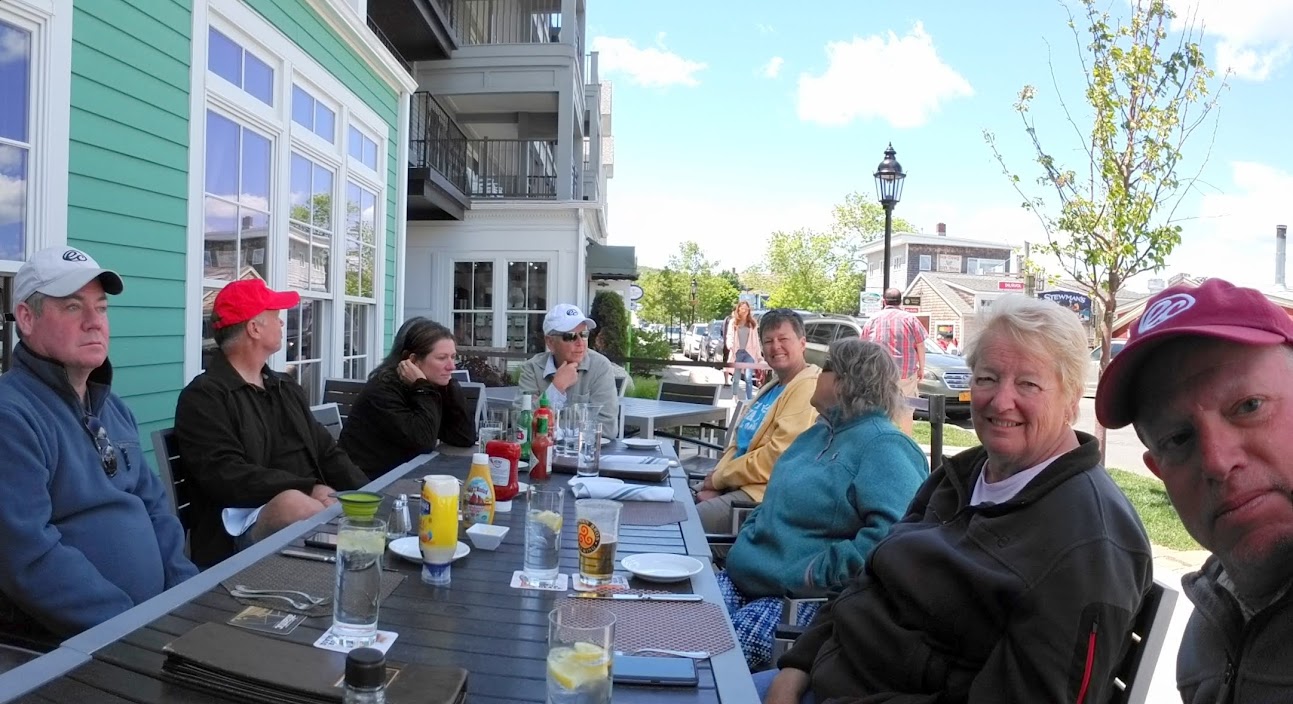 The captain took a different route on the way back and we got a close up view of the Mark Island lighthouse, built in 1856 and decommissioned in 1934. It is now privately owned and not open to the public. 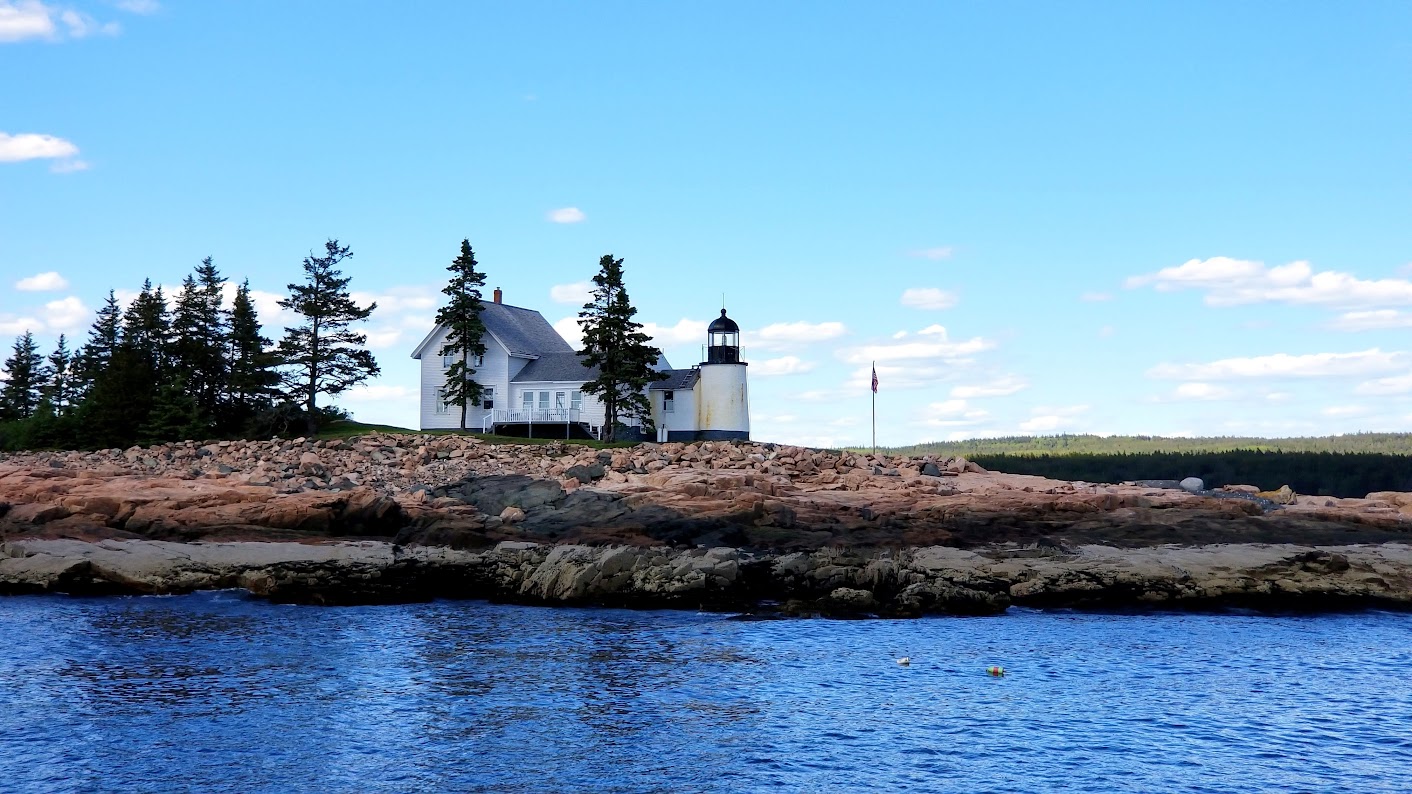 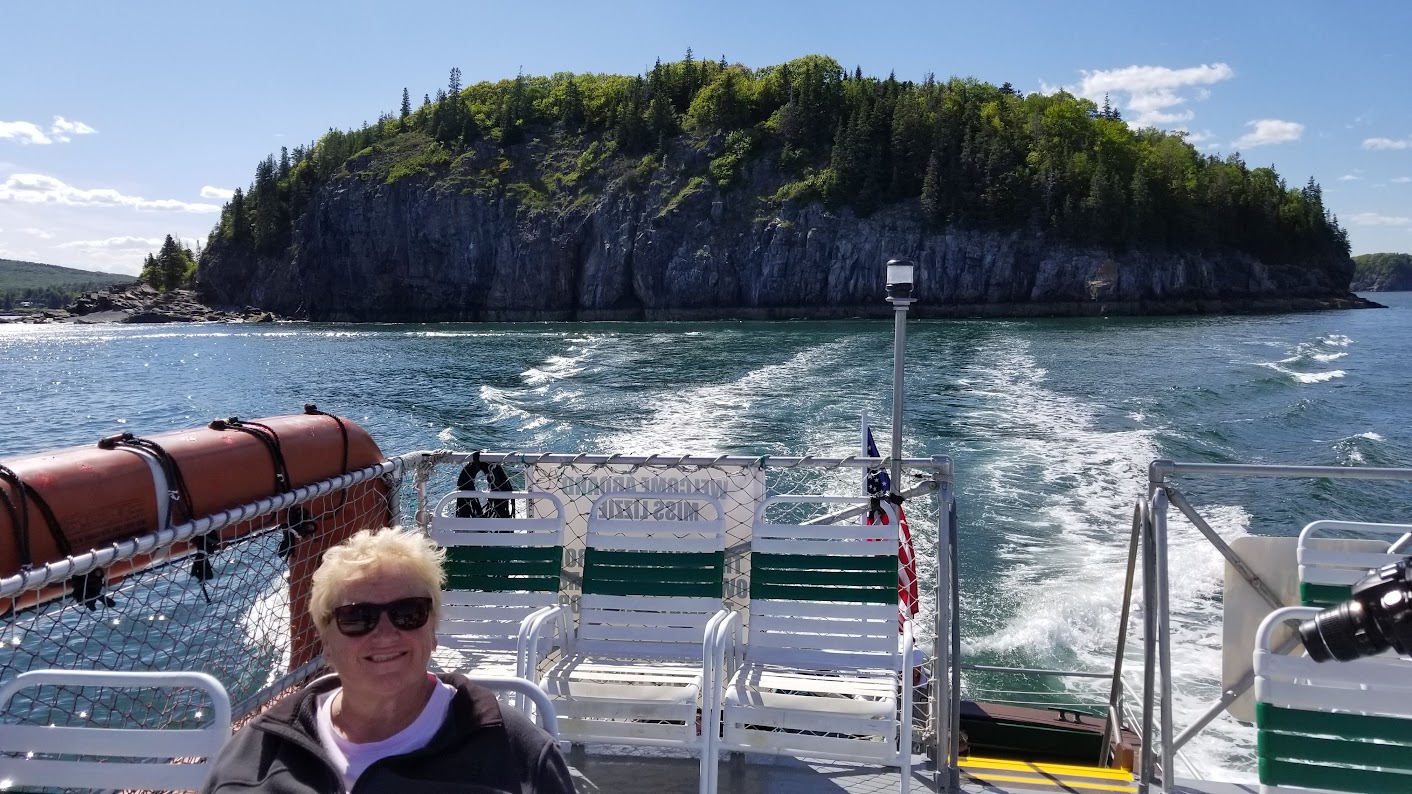 Once back on land, we headed back to our coaches. No campfire that night – everyone was too tired!