2022 Update:
When we visited Las Cruces in February, we simply had to visit this wonderful little restaurant again. And guess what, we had the same breakfast! Be aware that the prices have risen (hasn’t everything these days?) – the Waffles and Omelet is now $11.95, up from $7.95 and each of the creams are now $2.40, up from $.95! But despite the price increase, the food was just as good!

Although we had a few favorites in Las Cruces, we’re always on the hunt for a new place to try. After seeing the excellent reviews in Google, we decided to give this quirky, eclectic restaurant a try. So glad we did! Touting themselves as a Breakfast and 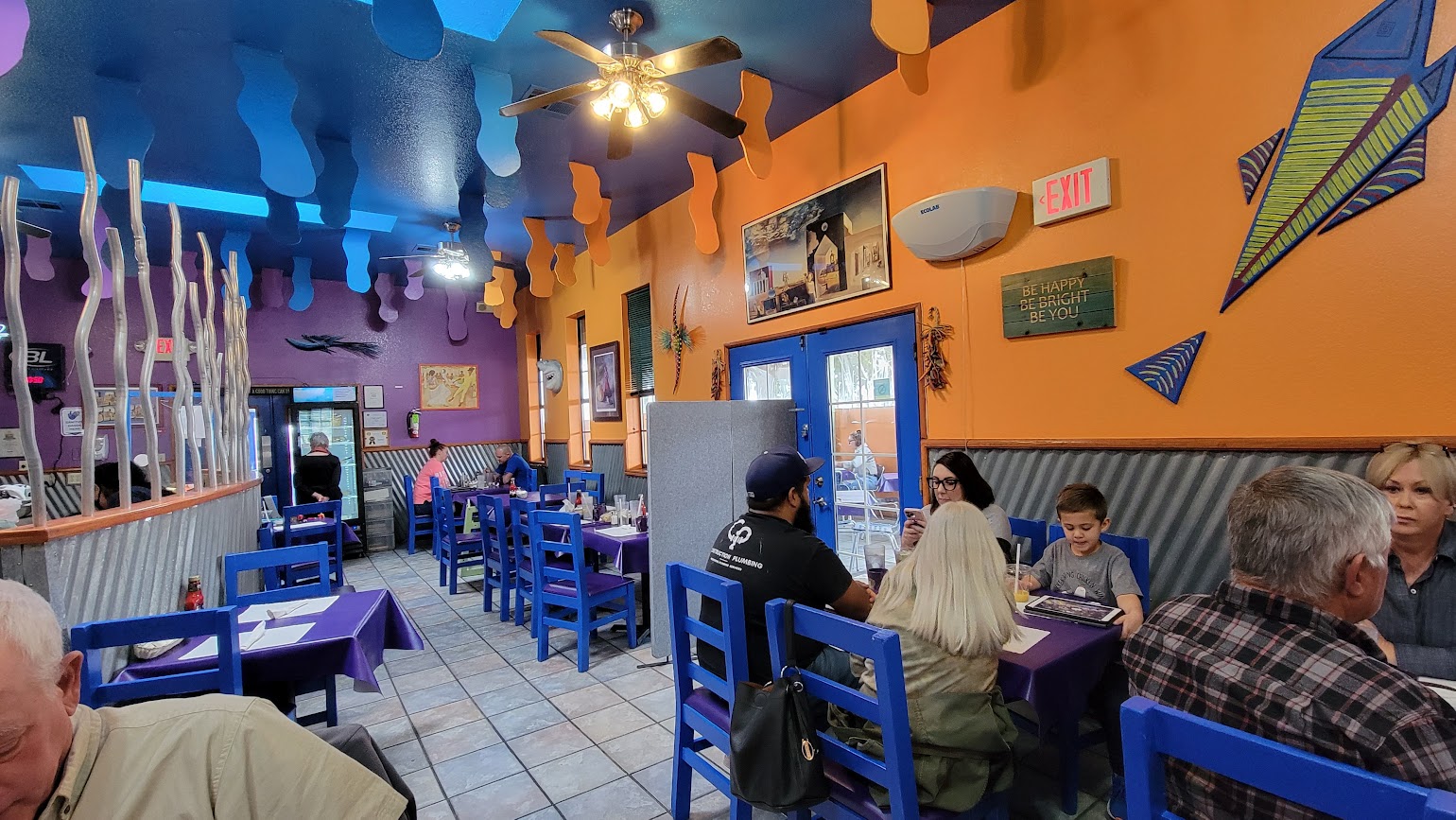 Brunch Scratch Kitchen (they are open from 7:30 a.m. to 2:00 p.m.), all of their food is made in-house from scratch. Because parking is quite limited, we had to circle around the parking lot several times until someone finally left. Although the reviews had said that there might be a long our wait for a table, we only had to wait less than 15 minutes. Realize that this place doesn’t give out menus, they have a QR code you can scan at the hostess station which will direct you to their menu. They also have the menu on an overhead screen.

At the recommendation of our waitress, I had the Eggs Benedict A La Mesilla, two poached eggs on a choice of ham, bacon, pork or turkey sausage, brisket (my choice, top in the photo), mushrooms, or artichoke hearts, on grilled English muffin halves, smothered in your 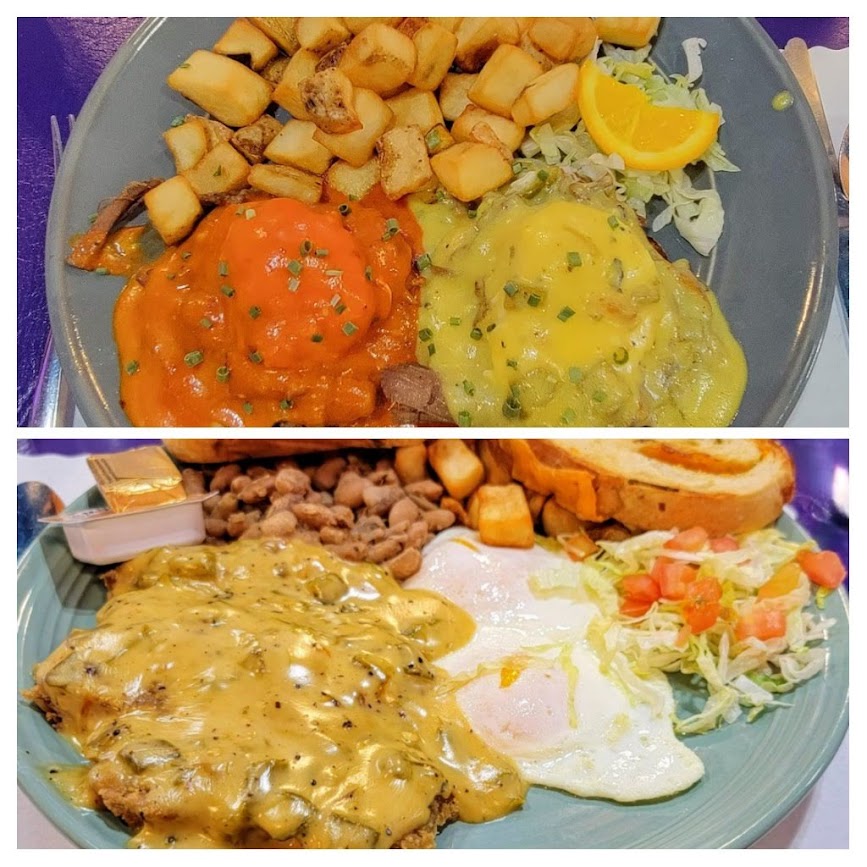 Rob had the Steakfingers with Chile Con Queso (bottom in the photo) which was country fried steak cut in strips smothered with chile con queso (somewhat spicy), served with two eggs, beans and potatoes and toast or tortilla ($13.99). His toast choice was the Chili and Cheddar toast which was delicious. Excellent! If we had had more time, we probably would have returned here for lunch. Highly recommend.