Located just south of Front Royal and only 15 miles north of Luray on the south fork of the Shenandoah River in Bentonville, VA is Shenandoah River Raymond R. “Andy” Guest, Jr. State Park, our next destination, a distance of 150 miles. The park is named for Virginia Delegate Andy Guest, long a resident of the area. 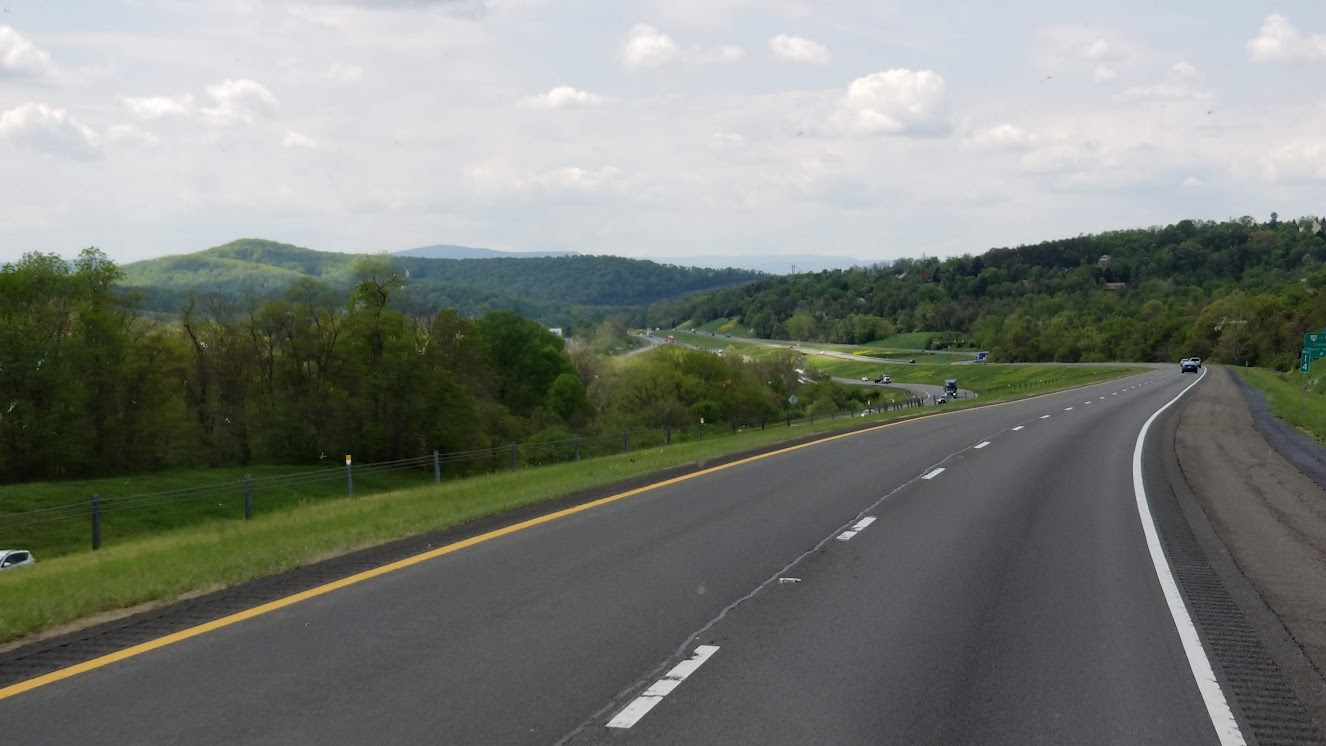 A rolling lush green landscape. Occasional patches of vibrant wildflowers. The dark blue hue of the distant Blue Ridge Mountains. Yes, that was our scenic view during our three hour drive. 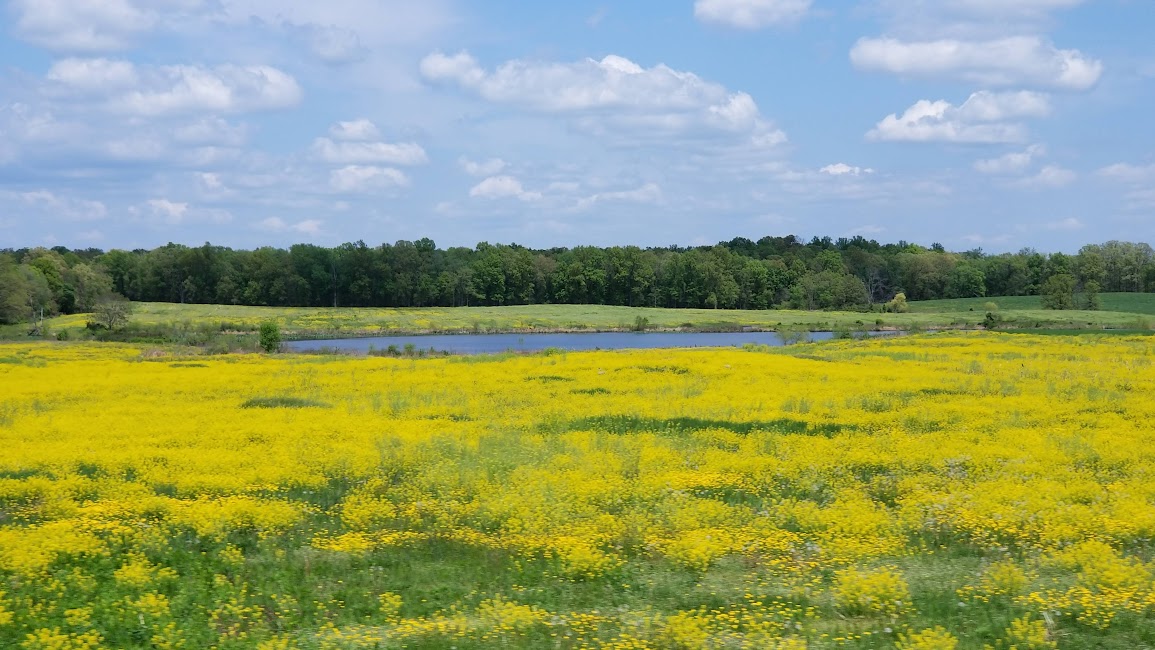 The closer we got, the prettier the scenery became especially once we turned onto Daughter of the Stars Drive so named because it is believed that “Shenandoah” is an American Indian word meaning “daughter of the stars.” The road started to climb, becoming a little twisty and turny but not a problem for our big rig. 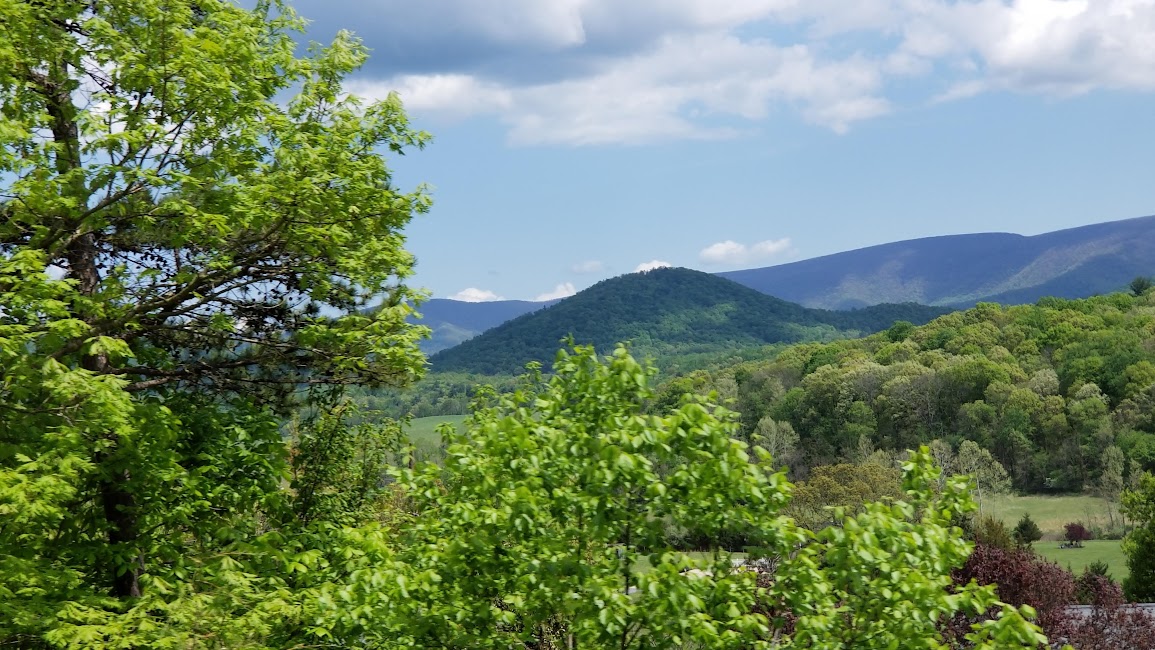 As we made our way to our site after checking in, we had a good vibe – we knew we were going to love this park! For three nights we would be staying on site #31, a 60 foot spacious back in site with water and electric (50 amp). Not a lot of vegetation to provide privacy between sites but it didn’t matter as there was plenty of room between sites. 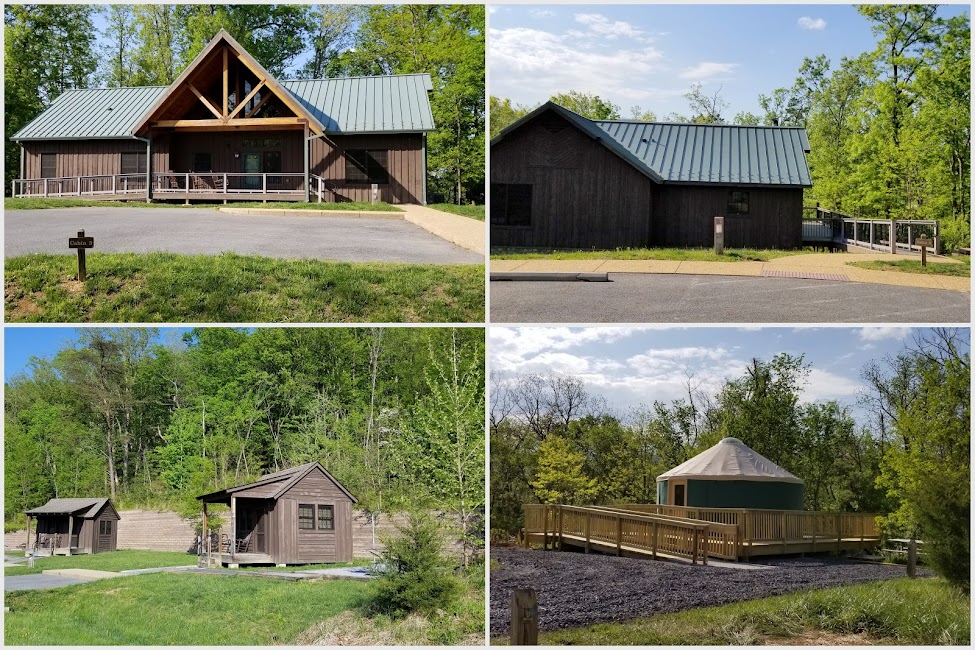 Interesting dumpster – both bear proof and portable. Perhaps they had to haul it somewhere themselves. 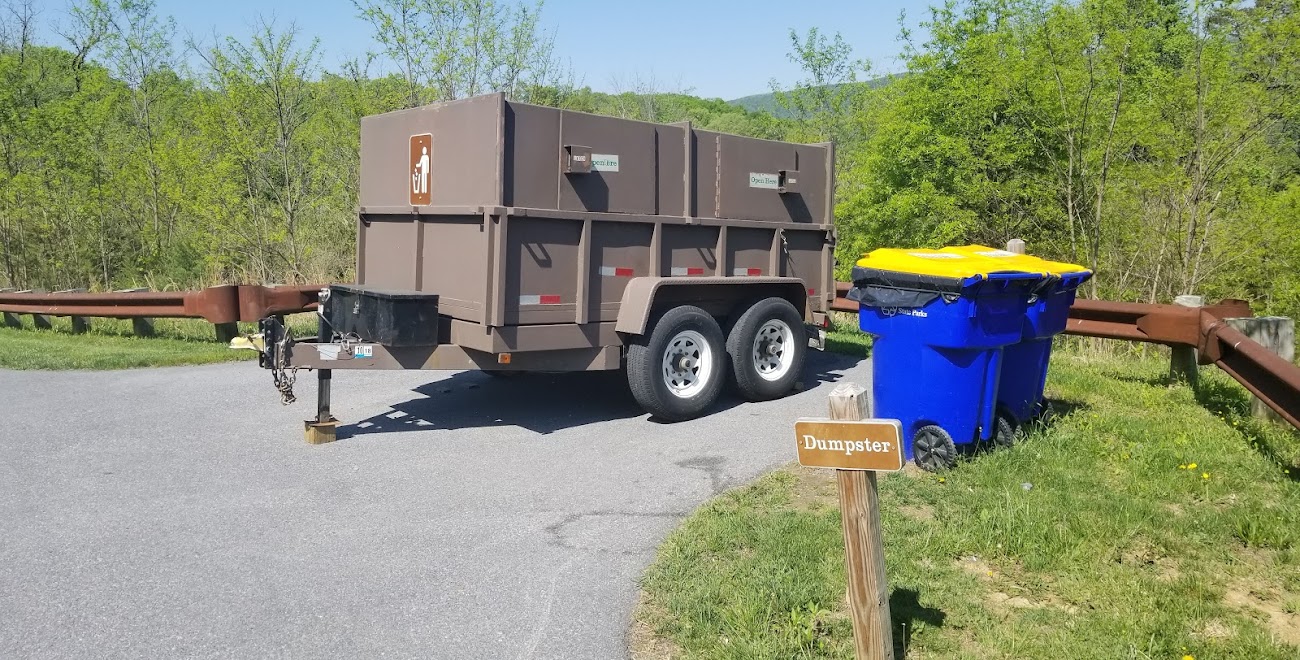 Once settled in, we drove to the Visitor Center but unfortunately it had just closed. On our way back we stopped at Cullers Overlook, named for the Everett Cullers family who donated 484 acres of their farmland to the park, adding 2 miles of riverfront to the park. Wow, what a view of the river! 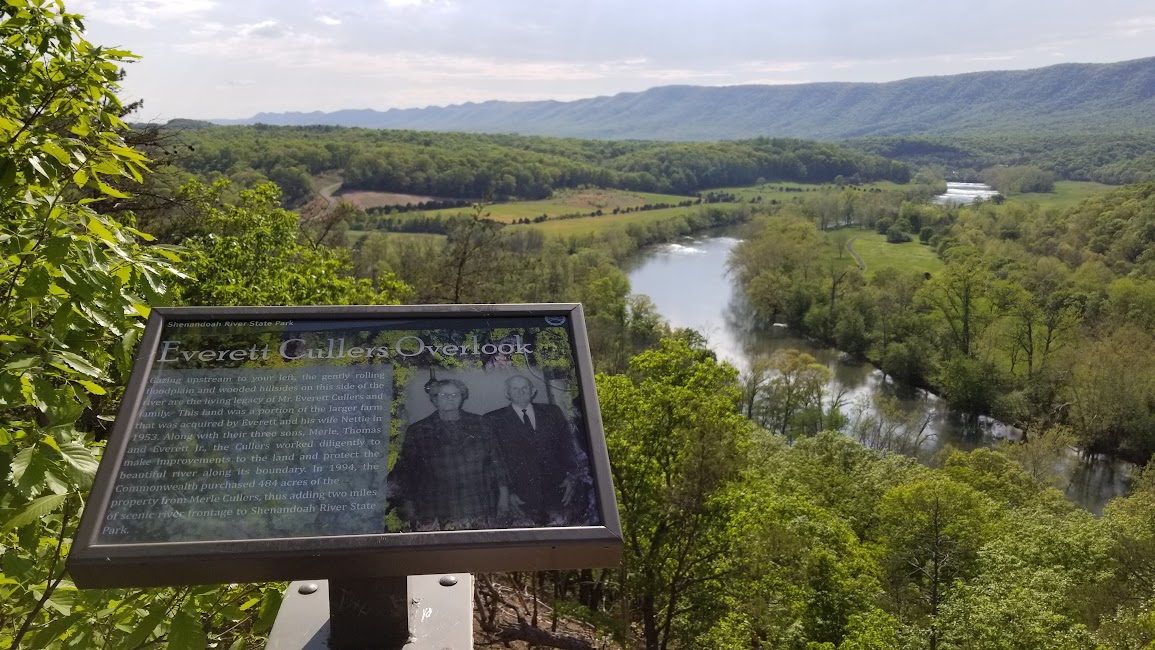 Lots of hiking trails in the park (24 miles of them). During our stay we managed to do a couple of them, one easy, the other more strenuous. 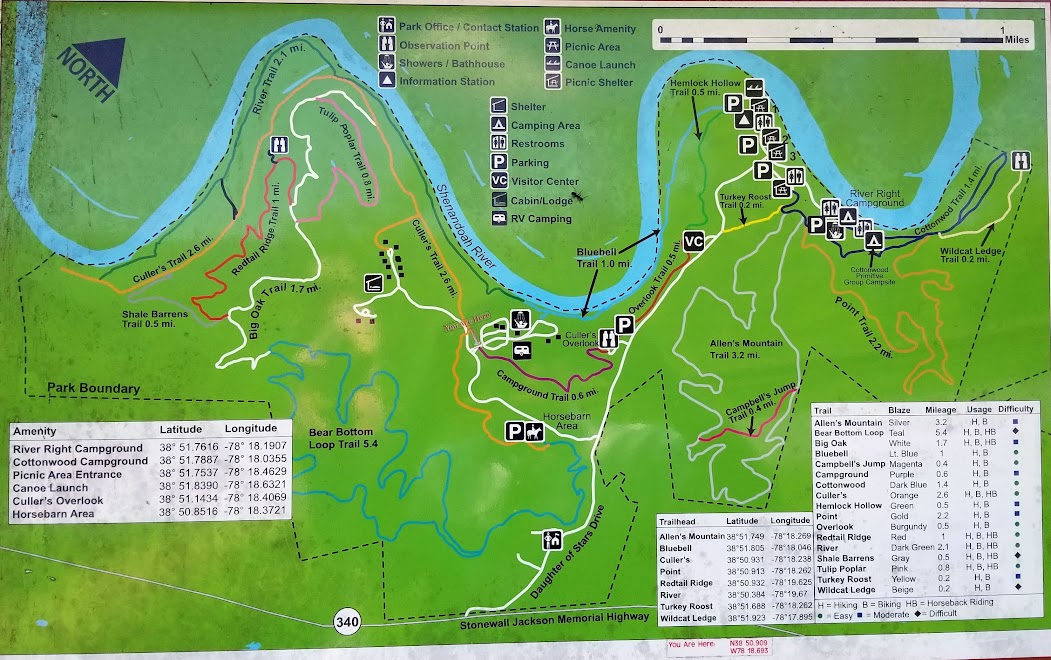 The 2.1 mile River Trail was a nice walk, initially meandering along the river but then opening up to a lovely meadow. 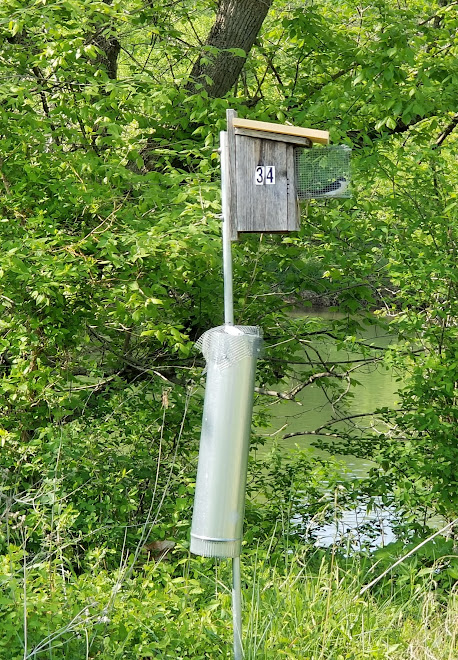 On another day, our second (and more strenuous) hike started out along the 1.0 mile wooded but flat Bluebell Trail which was relatively easy following a path next to the river. Having heard that there were bears in the area, we made a lot of noise by clapping our hands, yelling and whistling along the way. We weren’t too concerned until we saw…. 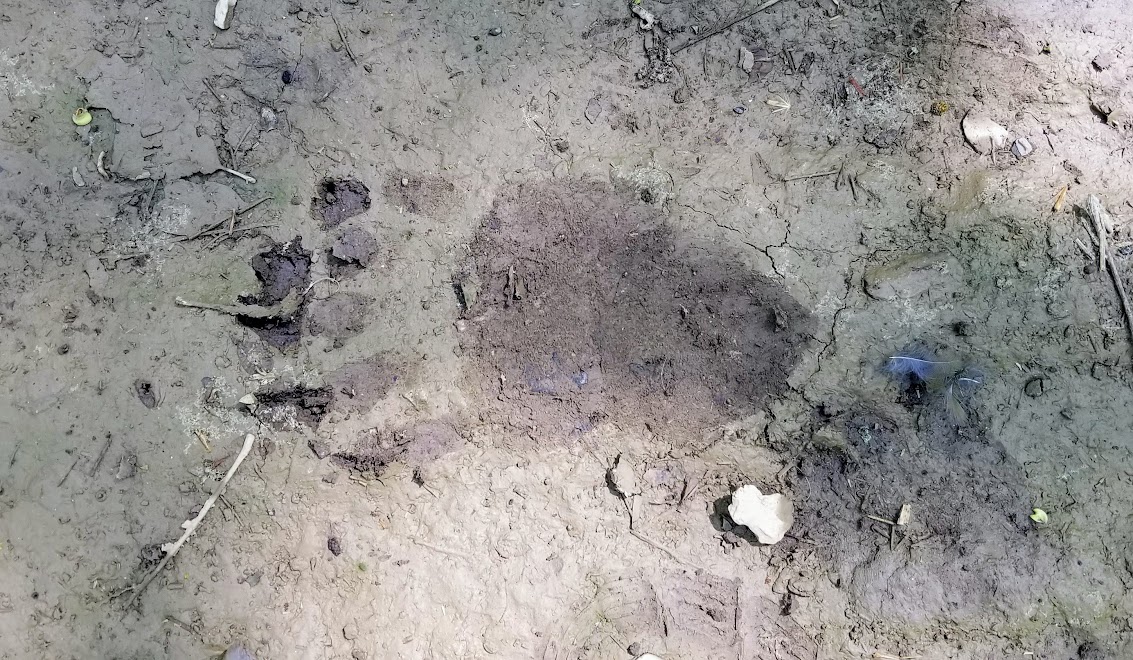 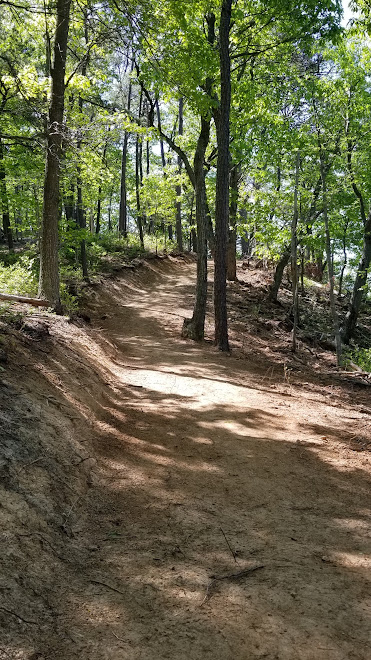 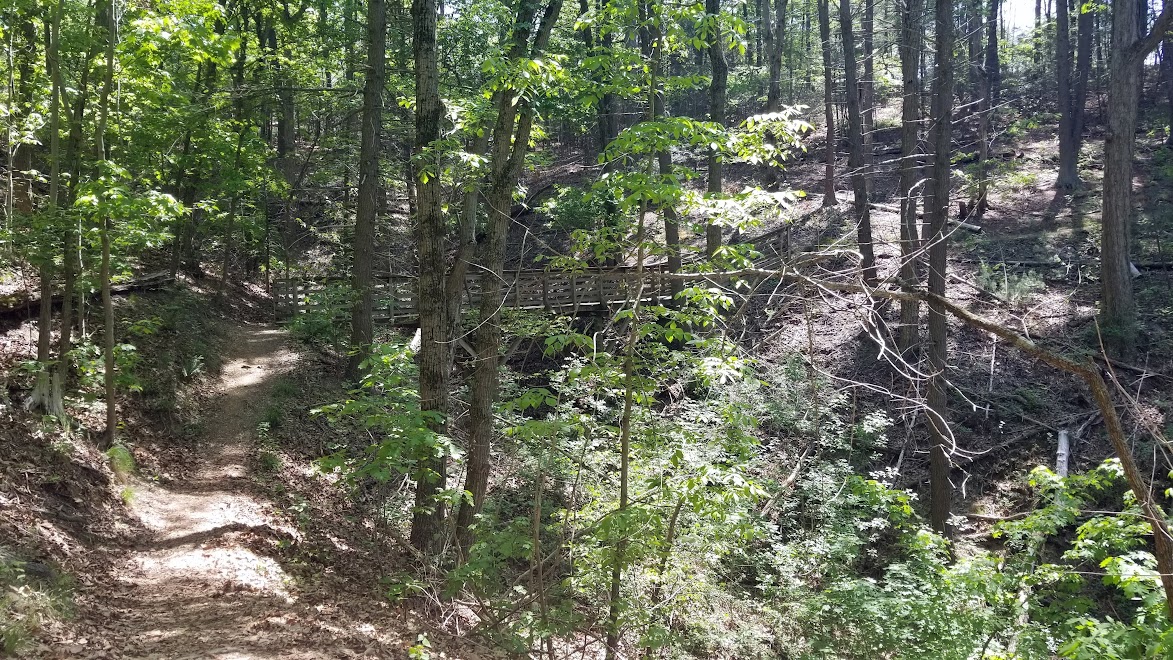 Finally we arrived! Outside there was a small pond with koi fish…. 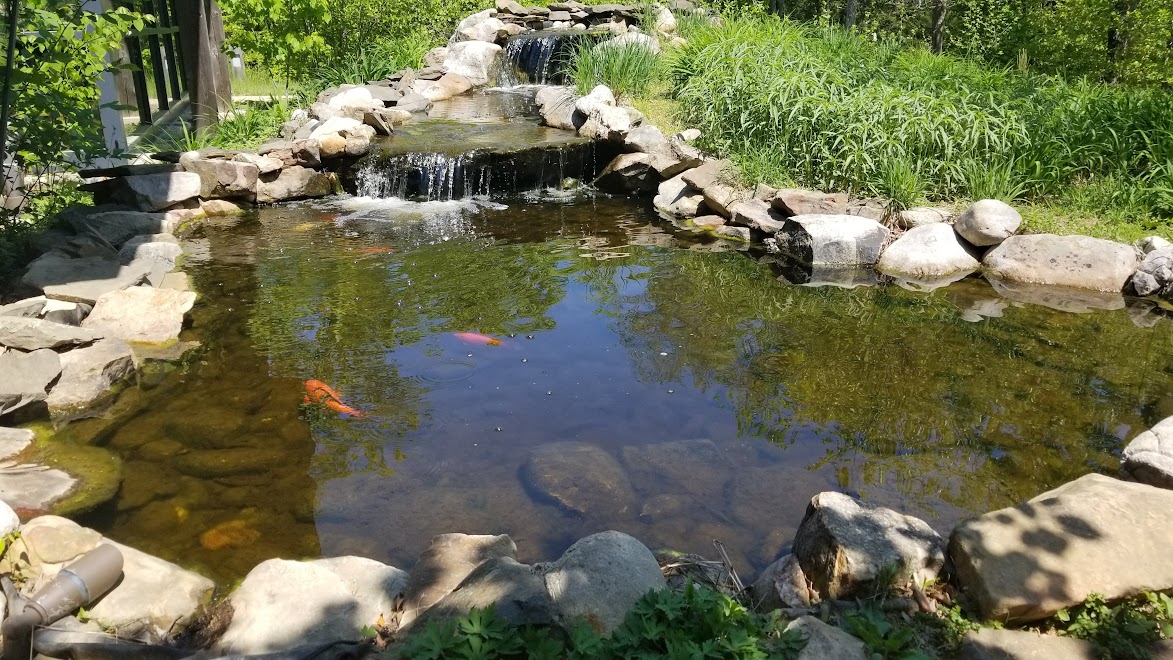 The visitor center has displays and exhibits on the local wildlife and has touch-screens for learning about the region’s history and bird species. An aquarium has fish from the Shenandoah River. The center’s gift shop sells snacks, novelty items, shirts, jackets, etc. 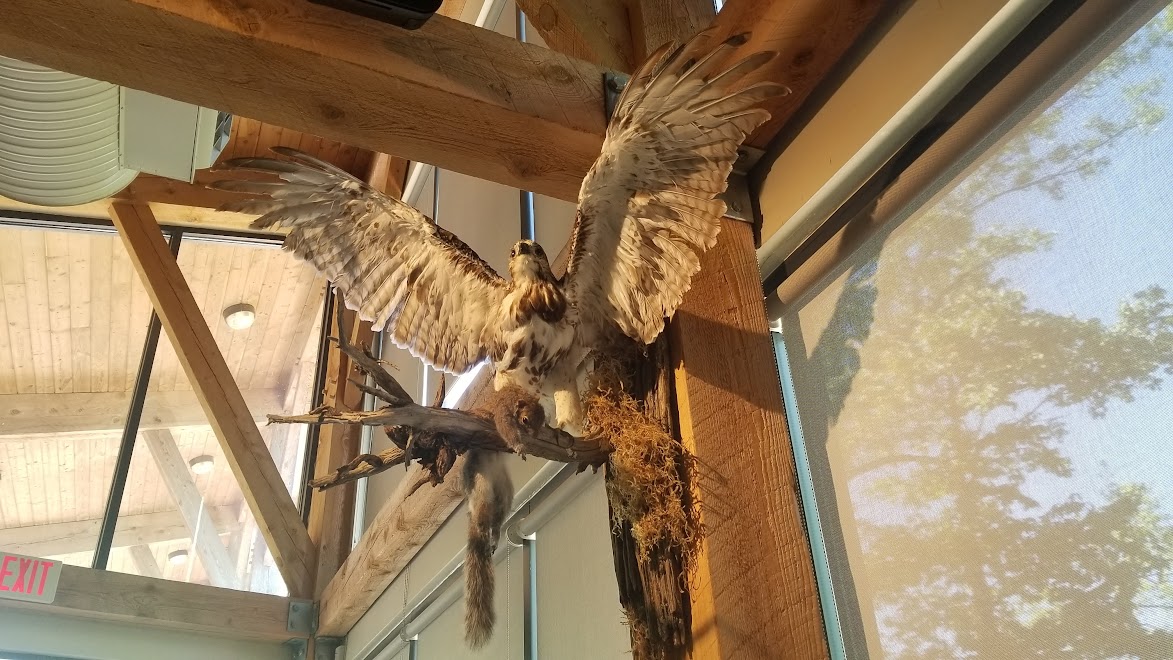 One of the rangers confirmed that the print that we saw was a bear track and confirmed that we were doing the right thing by making a lot of noise. She also suggested that we take the .5 mile Overlook Trail back followed by the .6 mile Campground Trail which would end right across from the host site at the campground. Much easier walk back! 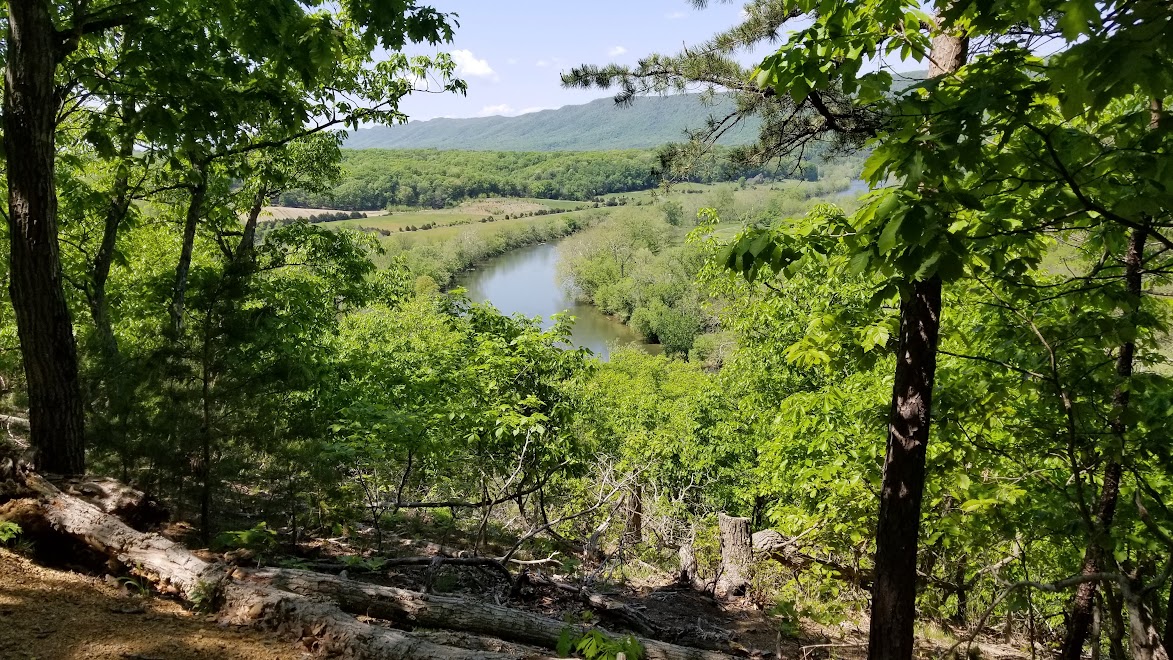 Needless to say, it was a quiet evening! 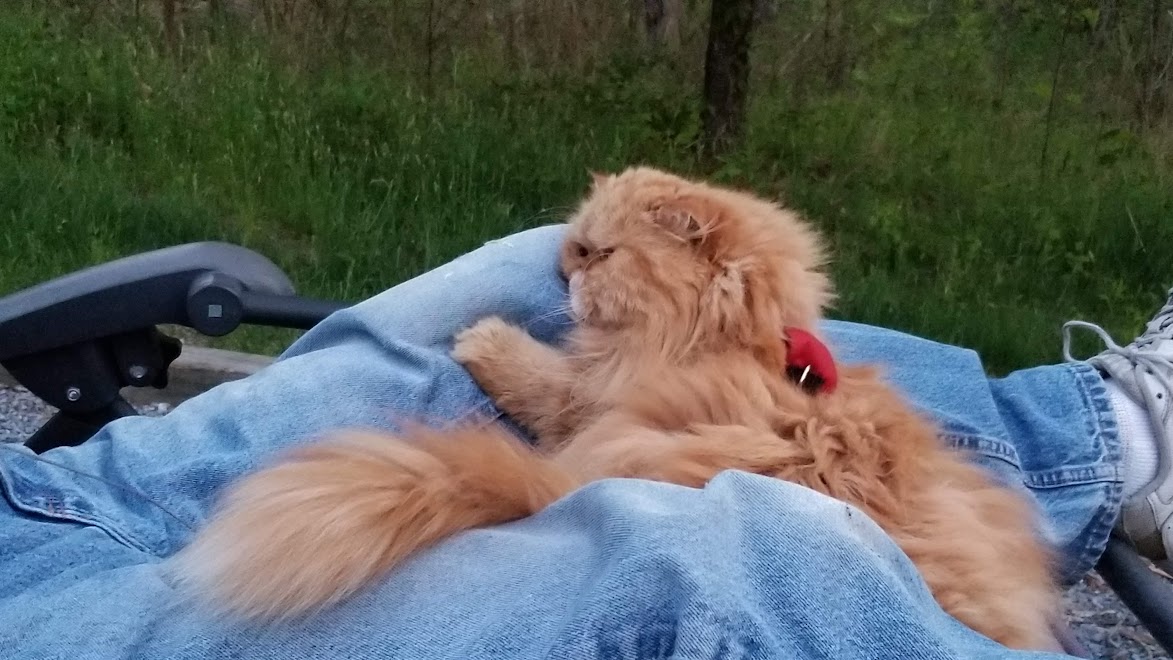 We weren’t so exhausted to cancel our other sightseeing plans but this time we would stay on the road, not the trails….more to come!