For sure it was the “darndest place” and it was in the darndest location! Never in our wildest dreams would we have expected to find an ostrich ranch in the middle of the Sonoran Desert. But there it was, right down the road from Picacho Peak State Park – the Rooster Cogburn Ostrich Farm.

First a bit about the history of the ranch….

In the 1990’s, D.C. Cogburn (aka “Rooster” Cogburn after the True Grit character from the novel and film), a former rodeo clown, animal trainer, farmer and businessman from Oklahoma, had a dream to create one of the grandest ranches in the West — a ranch for ostriches, African Black Ostriches to be specific. His vision was to export ostrich chicks, eggs, and feathers. He never intended to sell meat or leather but he wanted “a fully functioning farm and tourist attraction.”  So after much research, he bought 600 acres near Picacho Peak, a perfect place to breed and raise these wondrous birds. After investing close to a million dollars in breeding facilities and the necessary infrastructure to care for these birds, it didn’t take long for his initial 300 ostriches to grow to 1600, making his ranch one of the biggest ostrich outfits in North America. He even had a 2 year $3 million contract to ship baby ostriches to Brazil.

Things were going well until one fateful day in February, 2002 when several hot air balloons launched near his ranch, totally spooking the ostriches, causing them to stampede. Running in circles at 35 mph, they managed to stomp and destroy 7000 feet of fence! Quite a few died immediately while over the next several months, about 800 ostriches had to be slaughtered due to injuries and health issues. The remaining birds refused to breed. He lost the Brazil contract, his financial investment and the infrastructure he had built. In an instant his dream was shattered.

Now maybe his original goal of a large-scale commercial ranch was never realized but he and his family were able to switch their focus, turning their ranch into a family-friendly roadside attraction, one that is very popular not just with kids but with us non-kids as well. 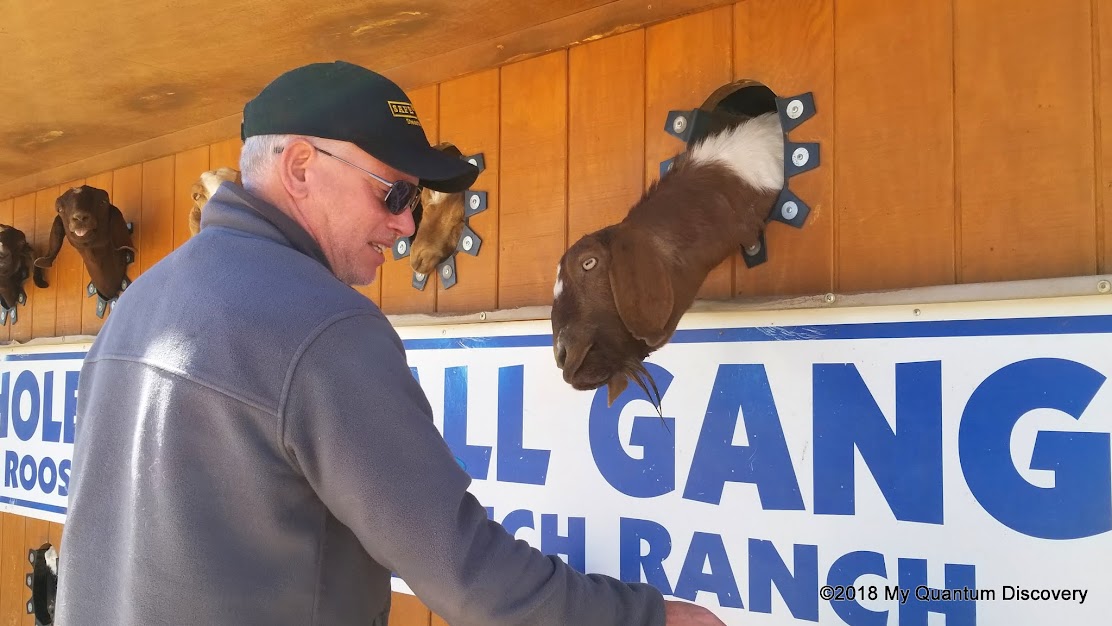 Open daily from 9:00 a.m. to 5:00 p.m.from November 16th to April 30th and Friday, Saturday, Sunday and Monday from May 1st to November 15th with two pricing options (no additional discounts):

After paying our $26, we were both given two stacked feed cups with various types of food – green alfafa pellets for the Miniature Sicilian Donkeys, the Fallow deer, Nigerian Dwarf Goats, the Boer Goats and the African Black ostriches and a seed stick for the parakeets. The bottom cup had tokens for self serve bunny and duck food and a small covered cup of nectar for the Rainbow Lorikeets.

Rather than trying to describe all of our activities, below is a short video compilation showing what a fun day we had!

Wow, what an awesome and delightful couple of hours! It proved that you don’t have to be a little kid to get a kick out of petting and feeding animals. 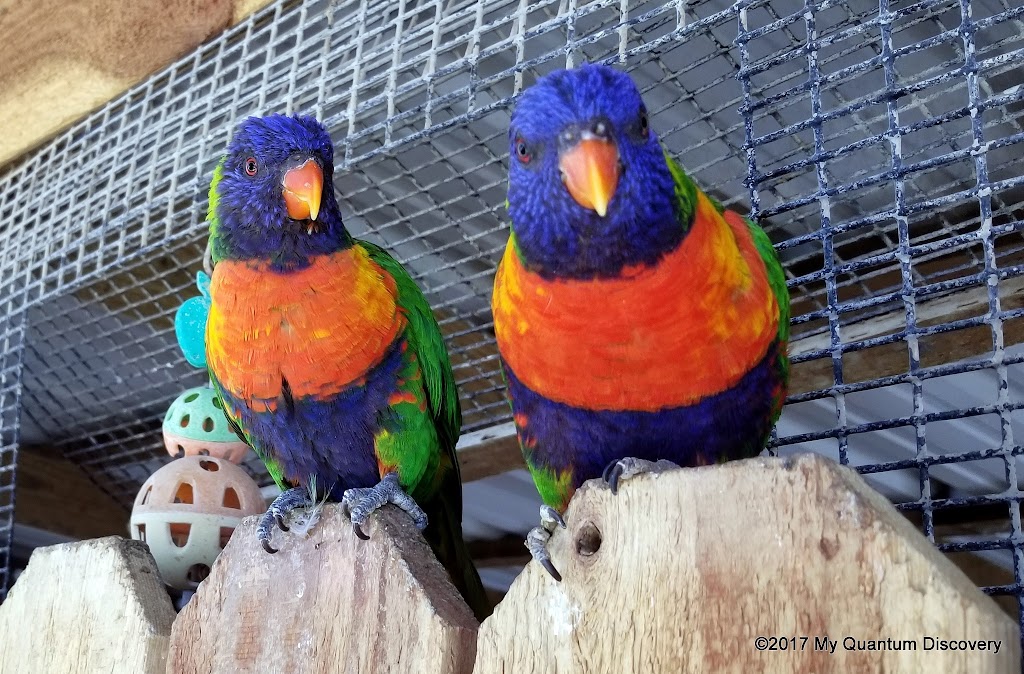 Overall, we were very impressed! Considering the number of animals there, the entire place was immaculate and all of the animals appeared very healthy, happy, well cared for and had plenty of living space. And the feeding instructions provided were very helpful, ensuring the safety of both the animals and the visitors. If you are ever in the area, be sure to take a break from driving on I-10 and stop here! The Donkeys, Goats, Sheep, Bunnies, Ducks, Lorikeets, Stingrays and oh yeah, the Ostriches, will be eagerly awaiting you!