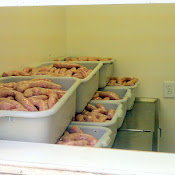 March certainly went out like a lion!  At least it did here on last Friday night, March 30th, when major t-storms roared through the area with the usual bright bolts of lightning, loud claps of thunder and 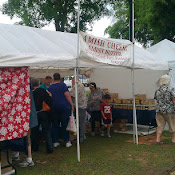 torrential downpours.  Saturday morning it was still raining but according to the weather forecast, it was supposed to clear by mid-morning which it did. It turned out to be a beautiful day once the storms passed through. 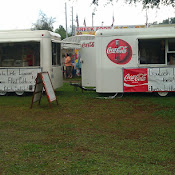 time at Bella Terra was at noon so we decided that we had time for a quick trip to the Elberta German Sausage Festival.  Elberta is a small town located about 10 minutes east of Foley on SR98. 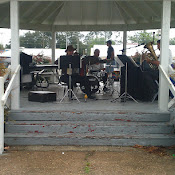 Elberta Fire Department puts on the German Sausage Festival twice a year in March and October to raise funds.  The festival draws about 30,000 people.  Over 230 vendors hawking arts & crafts, live music, and food stands serving everything from sausage with sauerkraut, boiled peanuts, 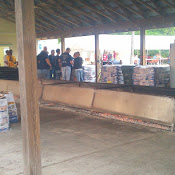 stuffed cabbage, red  beans and rice, hamburgers, hot dogs, BBQ sandwiches, popcorn and ice cream.  You name it – they seemed to have it!  For this event, over 7000 pounds (approximately 21,000 links) of sausage was made using the recipe that is credited to Alfred Stucki, who managed Elberta’s Locker Plant from 1953 until his death in 1973. Over 6 tons of charcoal are used in the 30 foot long pits to cook the sausage. Last year they ran out of sausage by 3:00 p.m. (the festival ends at 5:00 p.m.). 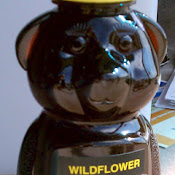 We arrived there around 9:15 a.m. (it opened at 8:00 a.m.) and quickly found a parking space on the main street. By this time, the rain had stopped for a minute but we had to walk around 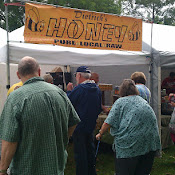 lots of muddy puddles and on wet grass.

Even though it was still pretty early in the morning, the first thing we did was to buy a cooked sausage in a roll topped with sauerkraut ($4) which we split – it was really  tasty.   While wandering around, we found some other delectable irresistible goodies which we just had to purchase – dark wildflower raw honey from Dietrich’s Honey Farm in 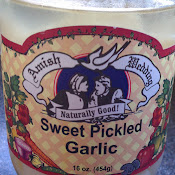 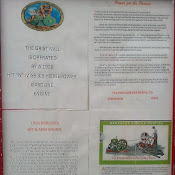 Of particular interest, in one booth an old grist mill had been set up to grind barley and grits which were available for $4/bag. The engine driving the mil was a circa 1926 gasoline  powered Hercules “Hit & Miss” with a whopping 3.5 HP. The single spark plug fired once every 3 or 4 seconds (hence the Hit & Miss nickname). The engine is mated to a heavy flywheel which keeps the mill (or saw or whatever was being operated) moving between cycles. The exhaust valve was coupled to a centrifugal mechanism that held the valve open as long as the assembly had enough rpms – as the flywheel would slow down, the valve would once again become functional and the cylinder would fire.

Check out the video: 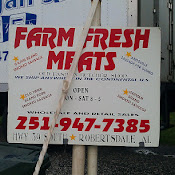 Since we had to get back and prepare for our departure from Bella Terra, we didn’t dilly dally too long.  Our last purchase before we left was 2 bags (10 sausages each) of uncooked 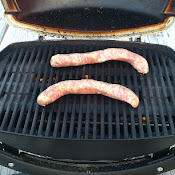 sausage. After we moved to Gulf State Park, it was sausage time for supper.  Es war sehr gut! When translated I think (and hope) that means it was very good!

So it was time to head back to get ready for our departure.  We left Bella Terra around 11:30 a.m., heading over to Gulf State Park which is only a 20 minute drive where we planned to stay until Tuesday, April 3rd before starting our slow journey home. More about Gulf State Park later! 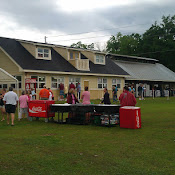 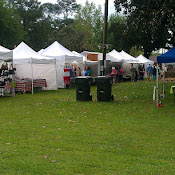 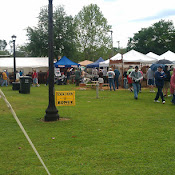 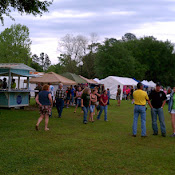