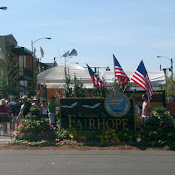 On Sunday, March 18th, we were a little slow moving in the morning – Rob’s aunt & uncle, Linda & Herb had invited us over to their campground for a St. Patty’s Day celebration the day before. Of course, none of us are Irish (I don’t even own anything green) but what does that matter?  Linda served a delicious traditional corned beef and cabbage dinner with all the fixins.  After dinner we hung out around the campfire.  Finally when the fog started to roll in around 11:00 p.m. we decided it was time for these tired leprechauns to head back home.

We did go to the Crossroads Cafe for a late breakfast on Sunday where we saw that Beth, the owner, had returned from her trip to Walter Reed Hospital to visit her son who lost part of his hand from an IED explosion while serving in Afghanistan. He was lucky because after they took him to the hospital, his platoon was hit the next day and several soldiers were killed. Although he is facing months of therapy, she told us he was doing quite well.  Thanks to him (and everyone else in the military) for his service and to his family for the sacrifice that they make while he is away from home serving our country. 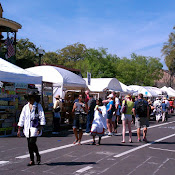 Anyway, after breakfast and another visit to the grocery store, we debated on what to do for the day – a bike ride or take a ride to the Fairhope Arts & Crafts Festival.  At 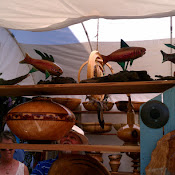 Crossroads, we talked to Todd Alan, The Crayon Man again and he had told us that the Festival was quite good so the Arts Festival won out.  So finally around 2:30 p.m., we left for Fairhope. 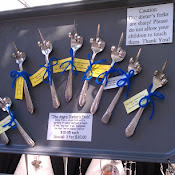 Since closing time was at 5:00 p.m., people had started to leave so we didn’t have any trouble finding a parking space.  It was much larger than  we expected, pretty much covering the whole 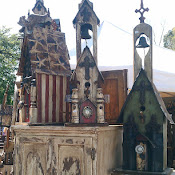 downtown area.  Tent booths lined the streets in every direction with so many creative and unique items.  Since we are selling our house and going full time, buying anything wasn’t an option for us but it was still fun to look at everything 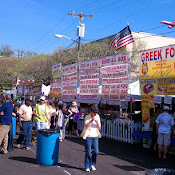 One street was a “food court” with all sorts of offerings to eat.  Since we had our late big breakfast, we weren’t hungry enough to sample any goods here either!

Nearby they also had a model train show but we didn’t go to that – nothing can beat the train exhibit at the Railroad Museum in Foley.  After wandering around for about an hour and a half in the hot sun, we decided it was time to head home. 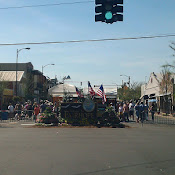 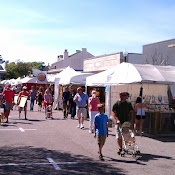 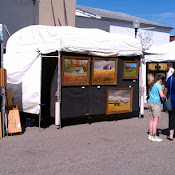 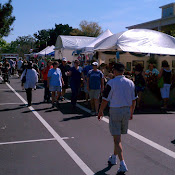 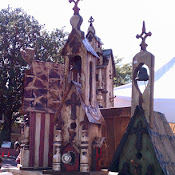 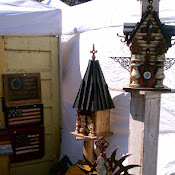 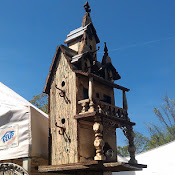 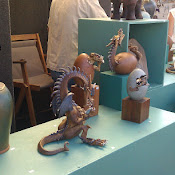 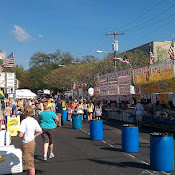 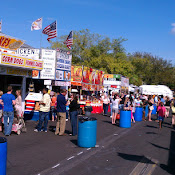 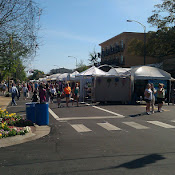