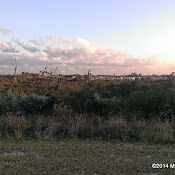 When we arrived at Jonathan Dickinson State Park on November 12th, our departure date two weeks in the future seemed like it was a long way off and we would have plenty of time to explore. But as it turns out, two weeks isn’t a very long time either and we still didn’t get to do everything we wanted. Not only did the time go by in a flash, but the weather didn’t totally cooperate – we had a few dark, damp, very cloudy days with intermittent showers and wind.

Wind? Let me rephrase that – more like near gales!  Constant winds of 20 knots or above with gusts well over 30 knots at times causing the coach to rock and roll – this went on for most of our stay. Not particularly scary but perhaps a little annoying when walking, riding bikes (especially into the wind) 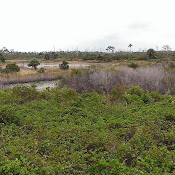 or trying to sleep.

Then for a few days near the end of our stay it was hot and very humid with abnormally high (for this time of year) record breaking temperatures in the upper eighties. Definitely a “bad hair day” kind of week! So on those sticky and wet days instead of being out and about we stayed mostly inside, comfortably cool and dry, getting a few small projects done and as always trying to stay up to date with our blog posts.

But the good news (at least for us Northerners who don’t like the heat and humidity) was that at the end of our stay a cold front moved in and temps plunged 20 degrees to the high 50’s/low 60’s. Not that cold to us but the local 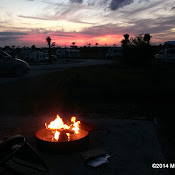 forecasters seem to think it was and told people to bundle up.

Also, we did enjoy 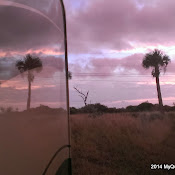 some awesome sunsets, a sunrise and several campfires. And we were able to explore the State Park and the surrounding area and even do a little boat shopping. First, our explorations within the State Park.

Loxahatchee River Area
Shortly after our arrival, we drove down to the river area at Jonathan Dickinson to check out the River Store where you can rent canoes, kayaks and small motorboats or take a guided 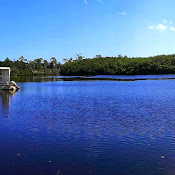 Wilderness River Boat Tour over to Trapper Nelson’s homestead. We didn’t do any of those things but we did walk along the boat dock. Pretty! One of the trail heads (Kitching Creek Loop) that we wanted to hike is located on the opposite side of the parking lot. That was another thing we never got to do. Oh well, next time! 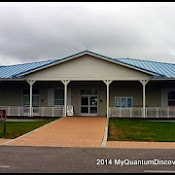 Speaking of things we didn’t get to do, located in the River area is the Elsa Kimbell Environmental Educational Center where the nature and history of the park comes to life through exhibits and displays. It is also where many of the ranger programs take place. 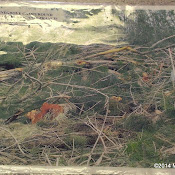 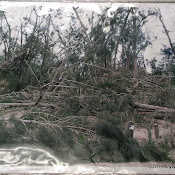 which was demolished by several hurricanes in 2004 and 2005.

But part of that difference is because of the changes in the terrain – the pine flatlands of the River Campground vs. the sandy dune environment of the Pine Grove Campground. When we stopped at the office to pick up a package, we talked with the rangers for several minutes about the hurricanes. He showed us a couple of photos of the campground after hurricanes Francis and Jean in 2004 – one of which happened to be our particular site 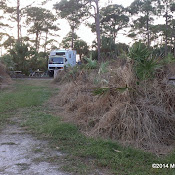 L-series truck conversion that we had seen at James Island (German registration). Guess they have the same itinerary we do!

As mentioned in our previous post, the sites and the roads at the River Campground are mostly too small for big rigs. Great for smaller units and tenters 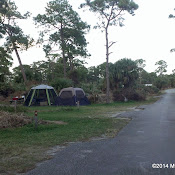 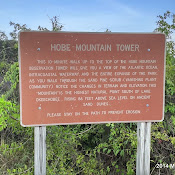 Mountain Observation Tower which, strangely enough, sits on top of Hobe Mountain. Hobe Mountain is the highest natural hill south of Lake Okeechobee at a whopping 86 feet tall. Say what? Can that really be called a mountain? What is the difference between a hill and a mountain anyway?

offers commanding 360 degree views of the park, Hobe Sound, the ICW (Intracoastal Waterway) and Jupiter Island. Considering it was only 113 feet high (86′ + 27′), we 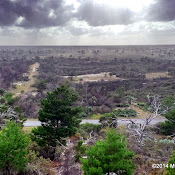 didn’t expect the views to be as impressive as they were! The view of the park to the west is one of the last remaining vestiges of the true Old Florida terrain.

While we were at the observation tower, another couple mentioned that they had seen a bobcat run across the road near the river area. Would have been neat to see one of those but no such luck! 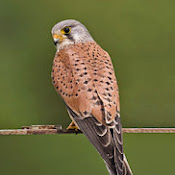 On our ride back to the campground, a pick up truck was parked along the side of the road. The driver had his camera focused on a nearby tree where a large bird was perched. According to him, it was a kestrel but we couldn’t get a close enough look to determine if he was correct or not.

Camp Murphy
Across from the observation tower was a marker and informational board about Camp Murphy which was named in honor of Col. William Herbert 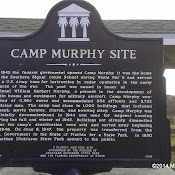 Murphy, a pioneer in the development of radio beams and 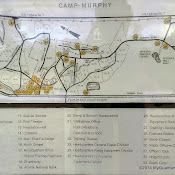 Hard to believe that there were more than 1,000 buildings and 6,000 personnel stationed at the camp, which 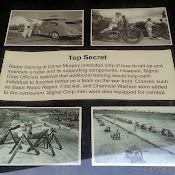 had its own power plants, sewer system, church and theater. A hospital once stood in the area where the Pine Grove campground is now.

Very few locals had any real information about what was going on at Camp Murphy, only that a secret Army base had been constructed. Land had 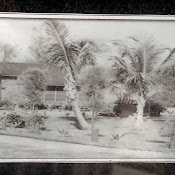 been quickly and summarily purchased or condemned and taken from landowners. However, after only two years of operation, in November 1944 Camp Murphy was deactivated and the whole operation was shut down. For a few years after that, the property served as a temporary shelter for thousands of Caribbean and Central American workers who had been brought to the US to work in agricultural fields. That was eventually shut down too and the property was transferred to the National Park Services in 1947.

Jonathan Dickinson State Park Driving Tour
As we drove around the park, we saw signs for “Auto Tour #1, #2, etc.” but at check in, no one mentioned anything about it. Finally a couple of days before we left, we stopped and asked at 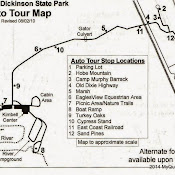 the office – we were given a paper booklet, a map and a CD which we were told we would have to 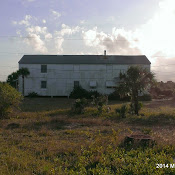 return before we left. Not a problem!

The tour begins in the parking lot across from the registration office at the Dickinson Shipwreck Marker and visits 12 different spots throughout the campground, about a 10 mile drive through. Probably best to take this tour shortly after arrival

as it provides a good overview of the park and passes through several environments from sand dunes to pine flatwoods to mangroves and river swamps.

Even though we had been here

over a week, we learned some interesting facts along the way. About 20% of the park is covered by coastal sand pine scrub, which according to their brochure “is a biological community so rare that it has been designated as globally

imperiled. More rare and endangered species like the Florida scrub-jay, Florida mouse and gopher frog, are found in the scrub”. 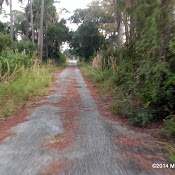 Another fact we learned was that part of the bike trail paralleling the railroad tracks is actually the remains of the Old Dixie Highway – the original route folks took to visit Florida in the 1920s and 1930s.

When we listened to the narrator at tour stop #10 “Cypress Stands”, I was quite surprised when I looked out the side window and spotted a good sized 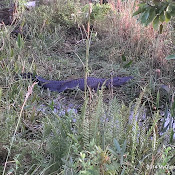 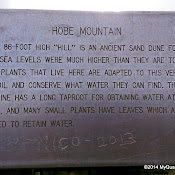 Our first alligator on this trip! Except for giving me a cold, stony stare, he didn’t seem the least bit interested in us (good thing).

Although we did do quite a bit of walking and biking here we didn’t get to explore all of the trails within the park – guess it will be a good excuse to return at some future date.

In our next post we’ll have more details about the sightseeing we did in the surrounding areas.