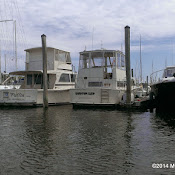 We landed in East Greenwich, RI on May 20th and quickly moved from the RV world to the boating world. It was nice leaving our boat in the water all winter so we didn’t have to race back by a certain date to get Quantum Leap ready for launch.

Of course, we still had work to do – cleaning the grunge, loading up with supplies, etc. but it didn’t seem as daunting as it does when it is in the yard and we have to wash/wax the entire hull. Rob will still wax her above the water line but we have the entire summer to do that.

Shortly after we arrived, we heard all sorts of stories from friends who were very eager to share their experiences with the miserable winter they had here in New England. Major damage from ice dams forming on the roofs of their houses causing water to leak inside, not being able to go out their front door because the snow was so high and not being able to see around the drifts and piles of snow in the roadways. 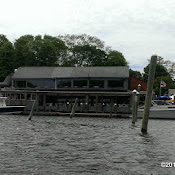 And at the Yacht Club, we heard that East Greenwich Cove and Greenwich Bay were completely frozen over, with 21″ thick ice in the 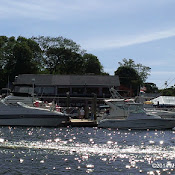 cove. In all the years that we have been members that is a very rare occurrence. Sure, there might be a thin layer of ice but 21″ thick? That can do some serious damage – and it did!

We even heard one story of coyotes chasing deer out on the ice. Nearby Finn’s Harborside Restaurant lost the dock in front of the restaurant and the pilings were left at a slant as you can see in the photo above. None of this unique to East Greenwich I’m sure. One day shortly after our return, a floating crane arrived, a new dock was installed and the 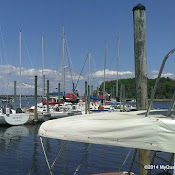 The EGYC also sustained some major damage to the docks, plus 20 pilings had to be replaced. F dock will require complete rebuilding and E dock where Quantum Leap spends the summer had most of the power poles ripped out. Luckily bubblers kept the water from freezing around B dock where our boat was located for the winter so we didn’t sustain any damage. At least none that we know of so far.

But back to our return to New England. After we left the quirky South of the Border, the remainder of our stops were at places we had stayed before. Not a lot of choices for campgrounds for easy overnight stops along the way, at least those that were relatively close to the highway and at an appropriate 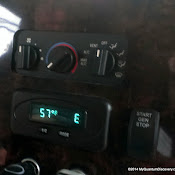 distance from the previous stop. As we continued north, as expected the temps continued to plummet, so out came the jeans and the sweatshirts. We even turned our fireplace on a few nights! I can’t say I was unhappy about that!

Here’s a quick summary of the rest of our journey….

Located in Roanoke Rapids, NC, we’ve stopped RV Resort @ Carolina Crossroads several times over the years usually when we’ve been escaping cold New England and have written several posts (2012 and 2014) about our stay there. Ironic that this time we were trying to escape the heat!

For some reason (don’t remember why), we got a late start that morning so it was close to noon by the time we pulled out of Camp Pedro. But that was okay, it wasn’t like we were going 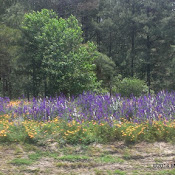 to a destination resort where there was a lot to do. It would be I-95 the entire way. Uneventful ride. Lots of wildflowers along the highway.

Not expecting that RV Resort @ Carolina Crossroads would be very busy at this time, along the way I called just in case and was surprised to hear that 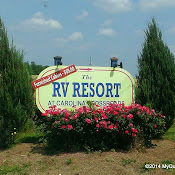 they only had a few Overnight Express sites remaining. I ended up making a reservation to ensure we would have some place to stay that night.

Arriving there after 2:30 p.m., we were assigned site #013. Because we needed a couple of things at the grocery store, we 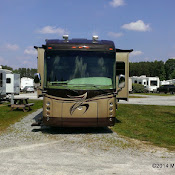 ended up unhitching and driving into Roanoke Rapids. We commented that this was a first – we had never bothered exploring the area before. Lots of restaurants and stores. Once 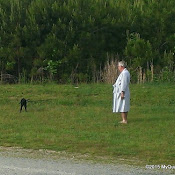 our mission was accomplished, we returned back to the beast. Not much else to report – it was a very quiet evening.

The next morning, we went to a nearby Waffle House for a quick breakfast, then headed out. Our next destination was Endless Caverns in New Market, VA, another campground we had stayed at before, once in May, 2014 when we also took the Cavern Tour and again in October, 2014. It would be about a 235 mile drive. Just to give ourselves a break from the “hectic pace”, we decided to make this a two night stay. 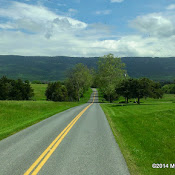 Our route started out on I-95, then taking the VA-288N bypass around Richmond, then I-64w and I-81N finally taking exit 257 to US-11N and the campground.  Such a pretty drive to the entrance with the rolling green fields and flowering trees, all set against the 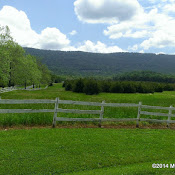 backdrop of the mountains off in a distance. As we approached the office, ah, yes, nothing had changed – Rob’s least favorite thing about this place is the very hilly parking lot. Luckily it was a Sunday so we were able to take advantage of the one night only Sunday – Thursday $20 Passport America rate (usual rate is $39.99).

After checking in, we and the beast began our climb up the mountainside, following the owner in his ATV to our site, E47. Unbeknownst to Rob, there was a slight ridge as he 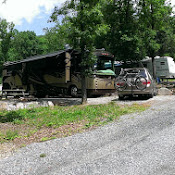 turned into the pull thru, which caught the left front corner of the front fiberglass cap in the gravel – it sounded really awful but luckily there was no significant 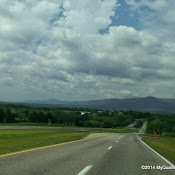 Another quiet evening (yes, quiet is good). The next morning we went to the Country Kitchen for breakfast, another place we had been to before, then took a ride to Walmart in Luray because Rob wanted to get some DEF fluid. 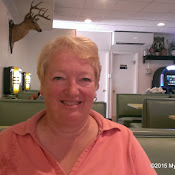 Beautiful ride through a very scenic mountain pass. Many years ago we toured the Luray Caverns before we were RV’ing and blogging. They were pretty spectacular – would like to go again someday! 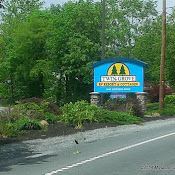 On Tuesday morning, we headed out again to our next destination, Twin Grove RV Resort in Pine Grove, PA. This would be our last stop before reaching RI. About a 200 mile drive straight north on I-81, taking Exit 90 to PA-72. When we checked in we were hoping that one of the sites in the east section (“A” sites) up on the hill would be available – such pretty views from there but unfortunately nothing was available. Instead we were assigned to a pull thru, R68 in the center section towards the back of the 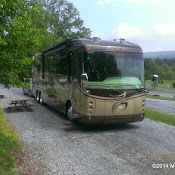 campground. Not many RV’s in this section. Not as nice of a view as the “A” section but for one night not a big deal. The only thing I didn’t like about our site was that our front window was directly 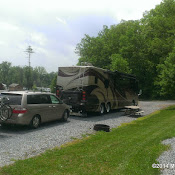 across from one of their cabins. Nobody was there but if it were busy that would be the view from the front window. Also the site was unlevel from side to side and our left side main axle and tag tires ended up a few inches off the ground.

At the I-81 exit we passed by a general store located at a KOA in Jonestown advertising Broaster chicken. Since we really liked the Broaster chicken at the Alva Diner in Labelle (FL), we decided to drive the 8 or so miles to get some for dinner. Boy what a mistake that was!  One young kid working in the food prep area, which might have been okay except it was pretty busy. In between food prep, he was taking orders and answering the phone, plus taking reservations for the campground. I think we must have waited about 45 minutes for our order. And after all that it wasn’t that great, definitely overdone, probably because he wasn’t paying attention to cooking. No comparison to the delicious chicken we had at the Alva Diner. Guess we won’t be going there again. 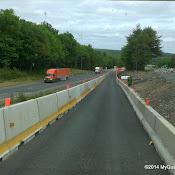 The next morning we headed out on the 325 mile final leg of our trip to RI. Pretty boring drive (at least for me) but at least the scenery through PA was pretty with the sporadic wildflowers bordering the highway or in the median strip. Many miles of road construction along the way which adds to the fatigue for both the driver and moi. 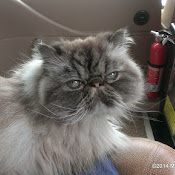 Surprisingly Mr. Gizmo decided to be a brave kitty, crawling out from under the sofa and jumping into my lap where he snoozed for an hour or so. Then I guess he decided that he was being too brave and scurried underneath the couch again. But maybe he’s finally going to start enjoying the journey as well as the destination.

After fueling up at the TA travel stop at I-95 exit 5 in West Greenwich, RI we finally arrived at Sun Valley in East Greenwich, shortly after 4:00 p.m. That night Rob’s aunt & uncle invited us to their house for pizza. Yes, it is nice to be back in “home” territory especially near family and friends!  For the next few weeks the boat will be our priority but we do have another RV trip planned mid-June. Stay tuned to see where we are going!