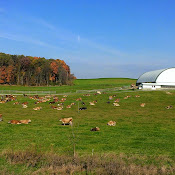 Saturday morning, October 25th, dawned with bright blue skies although somewhat chilly after a night with temps in the high 30’s. But the good news was the forecast indicated that temps as we traveled southward would be in the low 70’s. Perfect! Around 9:30 a.m. we were ready to depart Twin Grove RV Resort, headed towards – Endless Caverns RV Resort in New Market, VA. Sound familiar? That’s because we stayed here on our way back to New England last May.

It would be a 200 mile, approximately 4 hour drive, not quite as long as Friday’s trek but still longer than what we like. At least it should be easy going since it was a straight run on interstate I-81 the entire way. 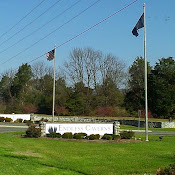 Being a Saturday, we were a little concerned about the availability of a campsite, so shortly after we left I decided to call Endless Caverns. Last May when contacting the campground the phone rang endlessly due to some problem with their phone system, so when no one answered the phone, I thought oh-no not again, but fortunately it immediately went to voice mail. I left a message. After waiting a bit for a call back, I finally called the campground again. Success! This time someone answered the phone. Yes, they had availability for two nights. Hooray!

I don’t remember if I managed to stay awake or not for the entire drive, most likely I didn’t. I do remember thinking that there seemed to be a lot of traffic despite the fact that it was a Saturday. After several brief rest stops and filling up with fuel, we took exit 257 onto US-11 arriving at Endless Caverns around 1:30 p.m. One of our GPS’s wanted us 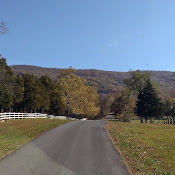 to take us via exit 264 but we vaguely recollected a tight right turn in the middle of the town of New Market, so even though it involved a couple miles of backtracking, we decided to take exit 257 instead. Later we drove down in the car to check it out and noted that the tight turn in town would not normally have been a problem.  The stop line for the traffic going north on US-11 is set well back from the intersection permitting a wide swing for RV’s and trucks. If you are traveling south, I-81 exit 264 will be the shortest path to Endless Caverns, traveling north, I-81 exit 257 is the way to go. 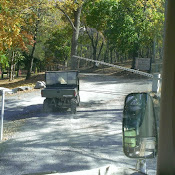 When we checked in at the office, we were assigned to site E-39 by the woman at the desk. She told us, the owner (Mike), who was sitting on the front porch would escort us to our site. As we came out the door, Mike asked what site we were going to. When we told him, he said “no, you don’t want that one” going back into the office and reassigning us to E-32 (we were on E-33 last May). Turned out that E-39 was a good site but due to tree placement we would have trouble maneuvering the beast into it.

The regular rate for the night for a full hook up pull thru was $34.99 (back in site was $29.99). However, the RV Park is part of Passport America so for one night (only available on Sun-Thurs) the rate is $20. We paid the full rate for Saturday night but did get the PA rate for Sunday night. Note you need to mention PA when you call to make a reservation. 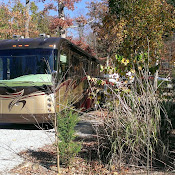 Not to mention the Caverns themselves which we highly recommend (campers get a tour for $15 vs the regular $18 tour rate). Built on the side of a mountain, the majority of the sites are terraced, making it nice from a space and privacy perspective but it was a pretty steep climb up to our campsite. It is an official Nascar RV Resort so they feature satellite coverage of races on jumbo screens.

On Sunday we went into town to the Southern Kitchen for breakfast (we went there last May) which was offers good basic homestyle eats at reasonable prices. 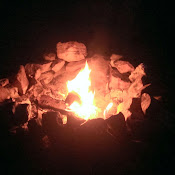 Then in the afternoon we took a walk up the hill, thinking we would take the walking path to the giant “Endless Cavern” letters erected on the hillside. Never made it there. Along the way, we stopped to talk to a couple, Joe and Linda from Maryland who frequently stay at Endless Caverns in their 1972 Eagle bus conversion. We ended up spending a couple of hours there while Rob helped Joe with some electrical issues. Thoroughly enjoyed our visit with them. It was 8:30 p.m. by the time we left – a pretty dark and spooky walk back to our coach.

The next morning we were back on the road again. Stay tuned for where we went next! 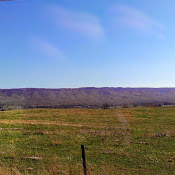 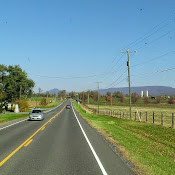 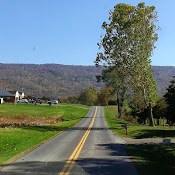 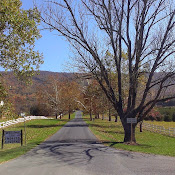 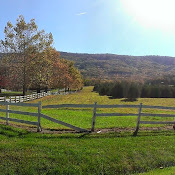 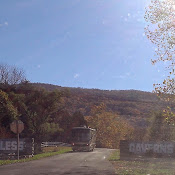 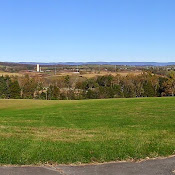 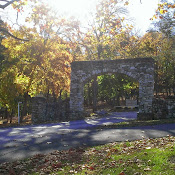 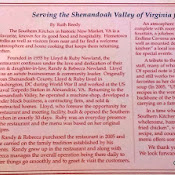