What a fun day (well, sort of)!  It began bright and early because we had to have the coach ready for service at Freightliner by 8 a.m.  Besides getting ourselves together earlier than usual, this also meant getting our three boys loaded into their playpen in the van.  The playpen is similar to the fold up hampers you now find in the department stores but this one is six-sided, about 4 feet wide, 3 feet tall, enclosed on the floor and at the top and has room for food and a litter box.  Of course, we think it is quite a wonderful accommodation but they certainly didn’t seem to think so.  Gizmo, as usual, was quite vocal about his unhappiness with the plans for the day.

So after breakfast at the local Mr. Waffle restaurant, it was time to go off exploring the area, mainly because we had to kill about 8 hours of time.  Our first destination was one of the major attractions in Gaffney, SC – their one million gallon “Peachoid 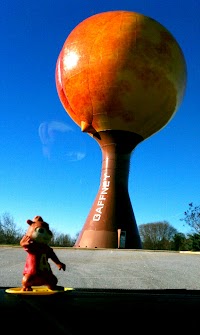 ” water tower.  For those of you who live near RI or have been to Providence, I guess this attraction is similar to the Big Blue Bug along Route 95!  Built in 1980, it took contractors over 5 months to design and mold the steel for the tower.  After it was constructed, a 7 ton, 60 foot long leaf was then applied to one side and it was painted with 50 gallons of paint in twenty colors by a New Jersey artist who studied local peaches for many hours so he could get the right effect.  At 250 feet high, this huge peach can be 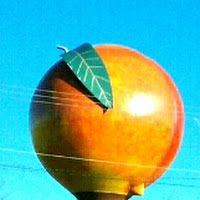 seen from miles away as you travel down Route 85! It is rumored that in the early 90’s, it was repainted so it would look less like a big “butt”, hoping to reduce rubbernecking fatalities on Route 85! Personally, we don’t think they accomplished their goal….it still looks like a big “butt”!

Supposedly, according to some internet articles that I found, this sets the record straight that Georgia is not the biggest peach producer in the South – it is South Carolina!  Although I’m not sure how a huge steel peach water tower proves that fact!

Since we had at least another 6+ hours to kill, Alvin suggested that we take a ride to another local attraction, Cowpens National 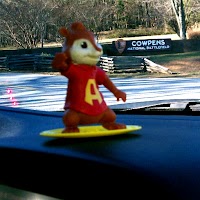 Battlefield about 11 miles away.  Why was it called Cowpens you are probably asking yourself (or maybe you are not)?  The reason for the name is that the farmers prior to the Revolutionary War  used to take their cattle to graze in the pastures there to fatten them up before taking them to Charleston to be sold. At the Visitor Center, we watched a film about the battle which was quite interesting. 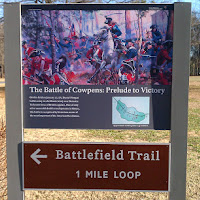 And then after the movie, we took a very brisk, exhilarating walk (it was still only about 30 degrees) along the 1 mile loop around the battlefield.  Along the way, wayside exhibits explained the locations of both the American and British armies.  During the Revolutionary War, in 1781, the American Continental Army led by General Daniel Morgan won a decisive battle 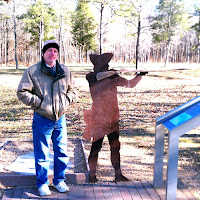 against the better trained British Army under the leadership of Banastre Tarleton’s large force of British  regulars (known as Banny’s boys).   Casualties on the American side only numbered 24 with 104 wounded while on the British side 110 were killed, 229 wounded and 600 captured. Because of the tactical genius of General Morgan, the Americans had won the battle in less than an hour which provided new hope for the American Revolution.  This battle actually was a decisive victory to keep the British from taking control of the South.

Note: more photos of the loop walk are at the end of this post. 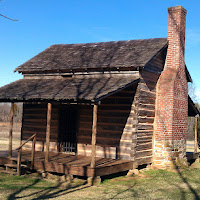 After the walk we took a ride around the auto loop and stopped at the Robert Scruggs House which is a restored log cabin.  Robert Scruggs was a farmer who lived quite near to the Cowpens Battlefield and also ran a general store in the area.  He and his wife had 11 children and as the family grew th 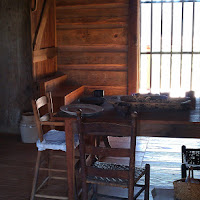 ey added rooms onto the house.  Robert Scruggs died in 1890 at the age of ninety and his wife died two years later at the age of eighty-seven.  Pretty amazing for that timeframe! In the mid-1970’s, the house 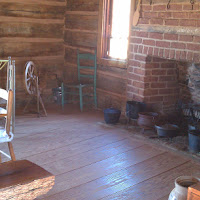 was purchased from their granddaughter by the National Park Service. It was then restored back to it’s original 1828 appearance (prior to the additions due to the ever growing family).  Obviously, two adults and eleven children could not have lived in this small of a  house! 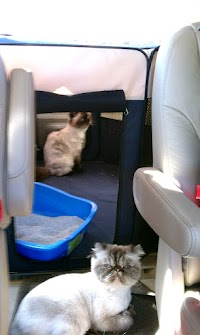 Well, it was now approaching about 11 a.m. – only another 5 hours to go!  Woo Hoo!  By this time, the kids were getting pretty antsy so we decided to stop and let Chooey walk the battlefield for a bit.  He was quite proud to be there!  A little bit later, we parked in one of the parking lots and unzipped the playpen and let the kids explore the van while we did some reading. The photo to the right is looking from the front of the van towards the back –  Gizmo is in the foreground and Chooey is sitting inside the play pen.

Around 2 pm, we left the Battleground, grabbed a bite to eat at Wendy’s, then headed back to Freightliner.  Since it had warmed up to the mid-40’s, we left the kids in the van and we went into the Freightliner waiting area.  Around 4 p.m., our motor home was done, passing all maintenance checks with flying colors (I’m sure Rob will expound on all the technical details). 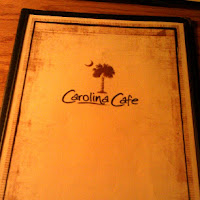 Tonight is the cook’s night off – we are going out to dinner at the Carolina Cafe which was recommended to us by Pat at Freightliner. Hopefully it will be good. Update – we just returned and it was excellent!  Nice atmosphere, excellent food and superb service! Not to bore you with the nitty gritty details but we’re always tr 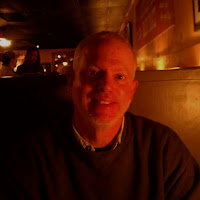 ying to remember a restaurant we liked but never can remember it’s name or what we thought of the food. So this is our way of documenting it. We started off with an appetizer called “Outlaw Chicken” which was chicken in some type of spicy cheese sauce with home made nachos followed a huge salad and Baby Back Ribs (me) which were some of the best I’ve ever had and Sirloin Tips (Rob).   The leftovers we took home will be tomorrow night’s supper. 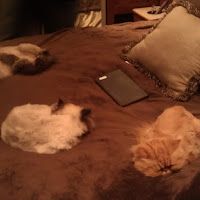 When we arrived back, the boys were really happy to see  us!

So now that the long, somewhat monotonous journey to get here is history and our visit to Freightliner is out of the way, we can get down to the business of having fun! And hopefully some warmer weather (forecast is for 60+ degrees this weekend)!  Tomorrow we will be heading to Georgia.  We may stop at Jekyll Island but that could change.  Stay tuned….. 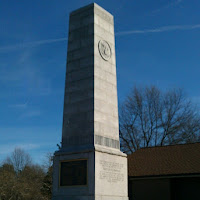 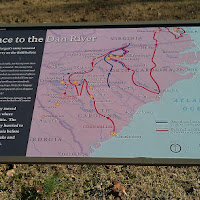 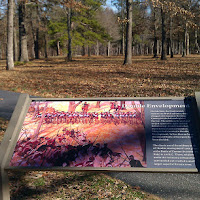 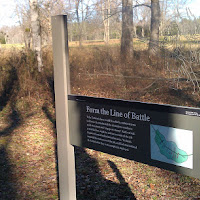 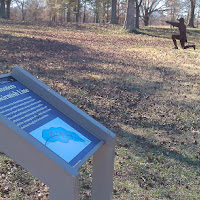 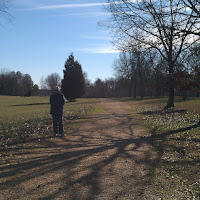 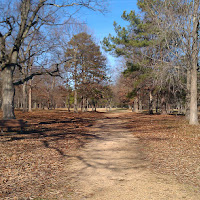 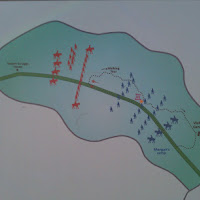 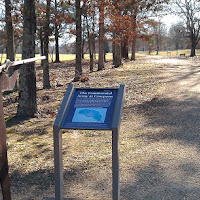 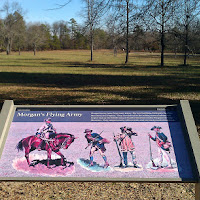 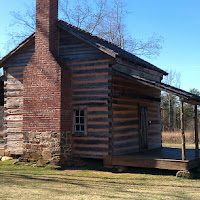 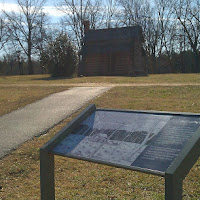