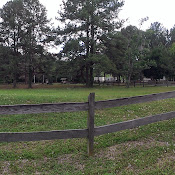 When we headed south back in October, we said we weren’t going to move around as much. Well, that certainly hasn’t been the case. As mentioned before, it’s primarily because the parks seem really busy this year and it’s been difficult getting reservations at any of the State Parks, particularly on a weekend. So it’s been a lot of short stays for us. We’ve already started looking for reservations in 2016 but everything is booked already. Jeesh!

Anyway, after our three night stay at Williston Crossings RV Resort, we were on the move again. This time our destination was a mere 35 miles away on the Cross Florida Greenway, Santos Campground in Ocala, FL.

Check out time at Williston Crossings RV Resort was at 11:30 a.m. The weather forecast called for rain but fortunately it stopped prior to our departure. Good thing! After we left our site, we had to stop for a few minutes so Rob could reattach our tow bar (we had to remove it when we arrived at Williston due to the steep upslope of our site). Just as well because with only a 45 minute drive we knew we would arrive at Santos well before the 1:00 p.m. check out time there and our 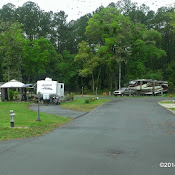 It was an uneventful drive, primarily traversing back roads through horse country. Lots of beautiful horse ranches with sprawling fields, dotted with horses, all bordered by fences. Boy, being a fence installer in this area must be pretty lucrative! It seemed every place had miles and miles of fence! The last leg of the trip took us through Ocala which was busy but not excessively so. 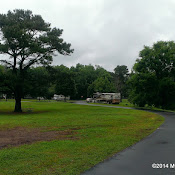 When we arrived at Santos around 12:30 p.m., the staff person told us that our site had not been vacated as yet but we were welcome to drive to the back loop and park there. Our site was finally vacated by 1:15 p.m. and we were able to move to it. No problem backing in despite some large trees near the rear of the site. 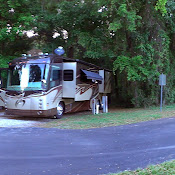 When Rob was searching for a place for us to stay he just happened to stumble across this campground. The Santos Campground isn’t part of the Florida State Park System but is part of the Majorie Harris Carr Cross Florida Greenway. This 110 mile long Greenway stretches from 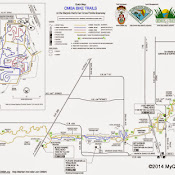 the Gulf of Mexico to the St. Johns River (east coast Florida) and occupies much of the land formerly known as the Cross Florida Barge Canal. 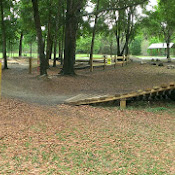 mountain bike trails. There are more than 80 miles of off-road trails that have been developed for three levels of difficulty, accommodating skill levels from beginner to expert. In addition, these trails have been named as an International Mountain Bicycling Association (IMBA) bronze-level Ride Center. Since the trailhead is located right next to the campground, it is popular place for cyclists to tent or RV. Just as a note, you won’t find the campground in any of the usual campground books (ie Good Sam) but you can make reservations through Reserve America. Sites here are $22 per night ($11 with Florida Senior discount). 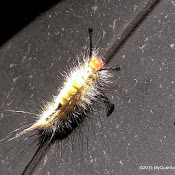 Can’t say that our 4 night stay here was very exciting so there isn’t much to write about! Just caterpillars, trains and taxes! The little creepy crawlers were everywhere, climbing all over us (eeewwww, yes I knew they wouldn’t hurt me but they still gave me the creeps) and the coach. Rob thought they were pretty cool. For 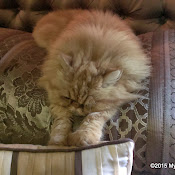 some reason they seemed to like not only us but our tires as well, attaching themselves and even building cocoons. Won’t they be surprised to find themselves in another part of the state a few days later – if they survive the drive that is 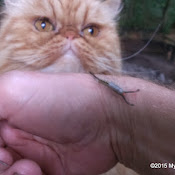 (they didn’t). Rob removed as many as he could before we left.

And then there were the trains which apparently were very close by! Seemed like every hour, or maybe even more frequently, we’d hear the crossing signal of two lllooonnnggggs a short and another lllooonnngggg toot, followed by the train rumbling by. That plus the traffic on US27 didn’t make for a very quiet stay! 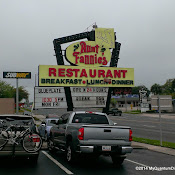 We did have 2 or three enjoyable campfires and oh yes, almost forgot, we did go out for breakfast (surprise, surprise). On our first morning there, we went to Aunt Fanny’s Restaurant, a few miles from the campground. Seemed pretty popular. Rob ordered his usual corned beef hash with poached eggs, cooked medium (suggested by the waitress) and I ordered my usual two eggs with bacon, both with home fries.

Rob’s eggs were totally hard so he sent them back and when the waitress brought out the bacon, she said “is this cooked to your liking?” Ah, no, I really don’t like my bacon oinking, thanks just the same, so she took that back and returned with 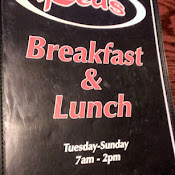 some crispier pieces in a few minutes. Not a great breakfast to say the least, just okay. Probably wouldn’t race to go back.

On another morning, we headed to Red’s Restaurant in Hernando where we had eaten earlier this year during our stay at Rainbow Springs. It was a little bit of a hike (over 30 minutes driving time), but even though we arrived around 10:30 a.m. it was still pretty crowded so we had to wait about 20 minutes for a table.

We both had the same meal we had last time – Eggs Benedict for me,

and yes, you guessed it corned beef hash (with perfectly cooked eggs this time) for Rob, both 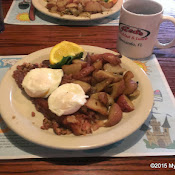 served with home fries and toast. Didn’t have to send anything back here! Just as good as our previous visit.

And then of course there was the drudgery that everyone has to go through, taxes! To take a break from that and clear our heads, we did spend some time hiking one of the trails. Nice trail through the 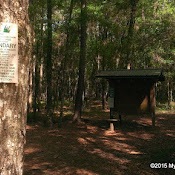 woods. We did finally get the taxes done and submitted too!

So that wraps up our rather uneventful stay at Santos Campground.

Would we come back here again? Probably wouldn’t go out of our way to come here again but if it was on our route and we needed a place to stay then yes, it’s pleasant enough and the price is right.

Our next destination is another place that we haven’t been to before. Stay tuned!