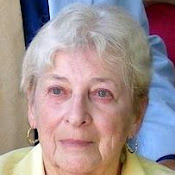 Such a tough and painful couple of weeks for our family!  Rob’s mother, Jo, had surgery on April 4th for cancer which went very well.  After staying in the hospital for awhile, she was moved to rehab where she stayed for another two weeks.  She was discharged from there on April 22nd and was recovering quite well at home.

On Wednesday, May 8th we arrived home from our trip to the Entegra factory in Middlebury, IN where we had to drop off our brand new coach to have a major repair done to the heating system and to fix some other issues.  Unfortunately we haven’t had time or the inclination to blog about our trip because shortly after we arrived home around 4:00 p.m., we had a phone call from a neighbor of Rob’s parents (his Dad didn’t have time to call us himself) saying that Jo had been rushed to Kent Hospital in Warwick, RI where she was totally unresponsive.  Rob and I raced to the hospital.

Arriving at the ER, we quickly found Rob’s Dad at Jo’s bedside.  Things didn’t look good – his Mom was having continual seizures which they were trying to control with anti-seizure medications.  After she was admitted, they ran several tests and we were given the bad news –  she had had a major stroke.   The doctors didn’t think she would survive the night.  But being the tough Polack that she was and despite all her other health issues – COPD, diabetes, cancer and other issues – survive she did. She survived that night and quite a few after that.

Because of the seriousness of the situation, Rob’s brother, Jeff, flew in from Chicago and his  brother, Dave, drove in from Albany.  After a few days, she became a bit more responsive and she would nod her head and would try to talk. She would even raise her right hand and try to wave to us each time we spoke to her.

Our family was on an emotional roller coaster – one day hopeful, the next in despair at the thought of losing her. And since Jo had been in and out of the hospital since January, we were not only worried about Jo, but we were worried about the toll of all this was having on his Dad. Dad had already spent several weeks with her 24×7 in rehab, several other hospital visits and of course taking care of her at home – he was not sleeping or eating properly and had lost a lot of weight.

After a week, it became evident that Jo wasn’t going to improve and there wasn’t anything else that the hospital could do for her.  Because she couldn’t eat or swallow, she had not had any nourishment since the day of the stroke and since Rob’s parents had decided years ago that no heroic measures were to be taken to extend either of their lives in the event of a catastrophic health event, the very tough decision was made to move her to the Philip Hulitar Hospice Center in Providence to spend her remaining days.

With only 24 private beds, this facility is one of the top three hospice centers in the country.  Another major benefit is they are categorized as a small hospital so everything is covered under Medicare (not the case for a nursing home).  What a lovely place, so peaceful and serene!  And the staff there is absolutely phenomenal, very loving and caring, they strive to make their patients, and their families, as comfortable as possible – and they succeed! How they do what they do day in and day out is totally beyond me. Even the volunteers are special, frequently visiting to give the patient and the family members hugs and words of support.  Jo was even visited by a pooch named Maggie who lovingly lapped her hand.

Shortly after she was moved there, Dave’s wife and two children came from Albany and Jeff’s wife and their three children drove in from Chicago, each family arriving while Jo was still a little responsive and before she slowly started to slip away from us. How wonderful that the entire family had an opportunity  to say their goodbyes to her. Someone was with her day and night just about the entire nine days she was there.

She died peacefully at 9:11 a.m. on May 22nd with her husband, Bob and her son, Jeff, at her bedside. Her full obituary can be viewed here.

Many comedians make jokes about in-laws but I am one of the lucky ones. My in-laws have always been wonderful, loving, and very special people, always there when you need them but careful not to interfere in our lives. I’ve known them since 1985 and am so thankful that I have so many wonderful memories of the times we’ve spent together at family holidays, innumerable gatherings, Jo’s 80th birthday party last year, boat trips, and the driving trips Rob and I took them on to Disney, to Maine, to Chicago, to Albany and other places.  Even though Jo was my mother-in-law, I considered her a close friend and like a second mother to me after my mother died in 1994.

I loved her and will truly miss her.

Click the image below for a video collage of Jo: