A 2 1/2 hour drive on I-22 from Mississippi to Arkansas would culminate at our next destination, Tom 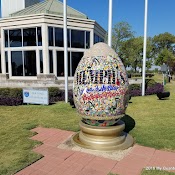 Sawyer RV Park (review coming) in West Memphis, AR about 30 minutes west of Memphis. Located on the mighty Mississippi River, our daily entertainment, right from our campsite, was provided watching 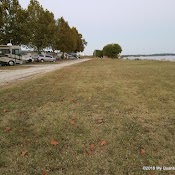 the huge barges navigating the river. Maybe it’s the wanderlust in us but as we stood on the shore we wondered where each one was going, what was being transported, how much did the barge(s) weigh and what was the size of the barge, etc. Well, thanks to a little bit of Googling, here are some of what I think are interesting answers to those thought provoking questions: 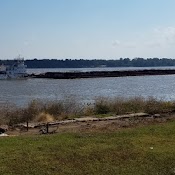 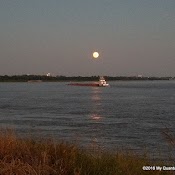 Watching the river traffic during the day was totally fascinating, not sure why, but it was. But one night we were lucky enough to capture one of those picture perfect moments. As a full moon started to rise in the sky, the golden reflection shimmering in the water became a perfect backdrop for the silhouette of a towboat pushing a barge and chugging its way to some far reaching destination. Unfortunately the camera on my phone didn’t do justice to how pretty it was!

Although we could have watched the river traffic all day, exploring downtown Memphis was definitely a must. First stop as usual on any sightseeing day was breakfast at the Blue Plate Cafe in downtown Memphis. 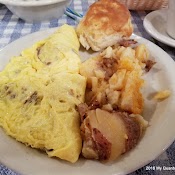 We both had bacon and cheese omelettes served with buttermilk biscuits and sawmill gravy plus a choice of home fries, grits or pancakes for $8.39. Good food! 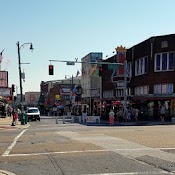 Beale Street was first on our list of things to see so we found a parking space nearby. Beale Street (open to pedestrians only) is a melting pot of delta blues, jazz, rock ‘n’ roll, R&B and gospel. It was designated by Congress as the Birthplace of Blues and made a National Historic Monument. It is where such legends as Louis Armstrong, Memphis Minnie, Muddy Waters, B.B. King and of course Elvis used to perform. 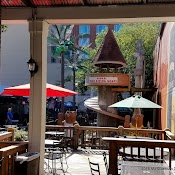 This entertainment mecca is smaller than what we expected with only three blocks of nightclubs, restaurants and shops but still quite interesting. Looking at the outside patio dining area of one restaurant, Silky O’Callahans (they boast that “it’s St. Patrick’s Day all year round”), we were fascinated by a wooden structure with a sign on it “Beware of Irish Diving Goats”. Huh? It’s true there was a live goat at the base of the structure. Read about it and see a video on Roadtrippers.

With any touristy area, there were numerous shops w 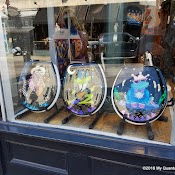 ith offerings of the usual T-shirts, novelty items, cowboy boots, guitars and even flashy Rock ‘N’ Roll toilet seat covers! And of course there were the signs that Memphis was very much a part of Elvis’ life. 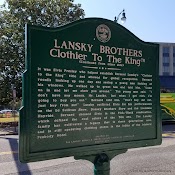 According to one historic marker, Lansky Brothers dubbed the “Clothier to the King” was where the star used to buy his glitzy and glamorous outfits. Johnny Cash and Jerry Lee Lewis were also frequent customers. Lansky Brothers at their new location on Beale Street and at their store in the Peabody Hotel is still visited by many of popular celebs of today. 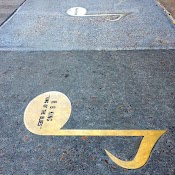 it down Beale Street but we were also walking along the Brass Notes Walk of Fame where the lives of the musicians, composers, disc jockeys, promoters, and music supporters are celebrated in the concrete sidewalks. Quite a few names I didn’t recognize. See how many you recognize from this list.

Above average temps seemed to be the trend for this trip with temps in the high 80’s so it was not conducive to hours and hours of walking. But we did make one final detour before heading back to the car. 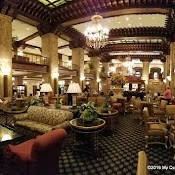 Half a mile from iconic Beale Street, the 13 story Peabody Hotel is not only known for its grand, marble-columned lobby but also for the Peabody Duck March which occurs at 11:00 a.m. and 5:00 p.m. most days. Be sure to read the history and fun facts on the Peabody Hotel website. Who knew that there’s even a Peabody Duckmaster! When the ducks are off duty, “they spend their time at the Royal Duck Palace on the 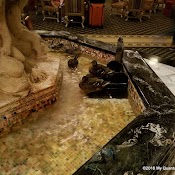 hotel’s rooftop. The $200,000 structure is made of marble and glass and features its very own fountain with a bronze duck spitting water. It also includes a small house – a replica of the hotel – where the ducks can nest with a soft, grassy front yard.” Boy, what a life these ducks lead! Actually each team of ducks only lives here for three months, then they are 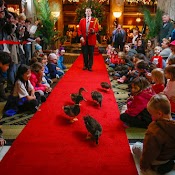 returned to the wild. Darn, we didn’t get to see all the pomp and circumstance of the march (they even roll out a red carpet). Even if you don’t care about seeing the ducks, stopping by the hotel is well worth a visit – the hotel lobby is quite elegant.

Tired and hot, it was time to return to the car and cool off by taking a ride to a nearby Visitor Center where there was a scenic, somewhat shaded walkway along the river. 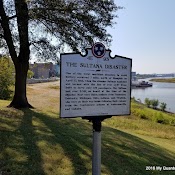 Across the river from the Visitor Center is Mud Island which can be accessed via a monorail or a footbridge or by car. Although it is named Mud Island, it isn’t really an island but a small peninsula in the Mississippi. On the “island” is the Mississippi River Park (free) which has bike trails, pedal boats, and rafts, as well as a hydraulic scale model of the lower Mississippi River from Cairo, Illinois to New Orleans. The Mississippi River Museum (fee) presents the history of the lower Mississippi river valley, with great emphasis on the steamboat, complete with a full-scale replica steamboat. The 5,000 seat Mud Island Amphitheater has been used for a summer concert series for over two decades. Harbor Town features single-family homes and apartment complexes, and caters mostly to an affluent, younger crowd. From anywhere in Memphis, whether on a highway or walking around the city, you can’t help but notice a mammoth pyramid shaped structure protruding high above the Memphis skyline. Befittingly known as The Pyramid, it is 321′ tall (32 stories) with base sides of 591′. Originally built in 1991 as a 20,000 seat sports arena, it was not used as a sports venue after 2004. In 2015, Bass Pro Shops re-opened it as a “megastore”, which includes shopping, a hotel, 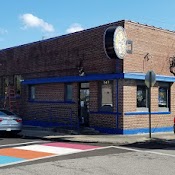 restaurants, a bowling alley, the tallest (28 story) freestanding elevator in the nation and an archery range with an outdoor observation deck at its apex. Having already been to several Bass shops, this never 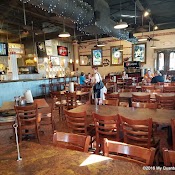 moved to the top of our priority list of attractions to see. Sounds pretty cool though. Maybe next time.

Of course, who can leave Memphis without sampling some of their infamous BBQ? Certainly not us! So many restaurants, decisions, decisions, which one to choose. Based on some very favorable reviews, our choice for lunch was Central BBQ, located on E. Butler Street, a short drive or moderate walk from the Beale Street 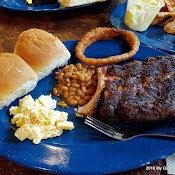 area. Another place where you order at the counter, choose a table inside or outside, then your food is delivered when it is ready. Even tough deciding what to have! After much discussion, we decided on a full rack of ribs for two which came with four sides ($24.99). Jeesh, what a lot of food! Delish especially the “dry” ribs which were fantastic!