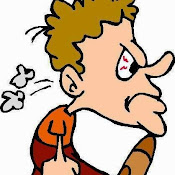 I guess there’s one in every crowd…..

Our first grumpy camper experience! Right after we arrived at FDR State Park and Rob had plugged in the shore power, our AC came on since the inside of the coach was pretty warm due to the 80 degree outside temps and some residual heat from the engine.

This guy definitely had some issues and would not listen to reason. We eventually had to get the park police involved. They were very sympathetic and went over to give the guy a good talking to. We even considered leaving but Mr. Looney Redshirt ended up relocating himself. Funny thing is about an hour later our AC shut down having done its job and never ran again for the rest of our stay!

Even better, a bunch of tenters with barking dogs, screaming kids and noisy adults who partied until the wee hours of the morning arrived on Friday on sites up the hill from us and near the site that Mr. Looney Redshirt moved to. Wonder if he preferred the relatively soothing “white” noise from our AC or the other kinds of noises from his new weekend neighbors! We noticed that he left on Saturday, which seemed unusual, maybe he moved to a library! In any case, by late Sunday morning, everyone else had cleared out too so Sunday night we pretty much had the place to ourselves. 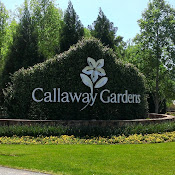 I guess we were suffering from sightsee-itus or information overload or something, because we didn’t do a lot during our stay. Nothing to do with Mr. L. Redshirt, we just didn’t feel like it!

Since we had just been to Jungle Gardens, we decided not to go to Calloway Gardens which was pretty expensive ($25 per person, $20 for over 65). And we

didn’t eat breakfast or lunch at Calloway Gardens Country Kitchen, although we did stop there to look in the country store, nor did we take advantage of the Tree Top Adventure opportunities also at Calloway Gardens!  And we didn’t go to Hills and Dales  (the Calloway Estate in LaGrange, GA) nor did we go to Roosevelt’s “Little White House” or the Warm Springs Treatment Pools where FDR used to receive aqua-therapy. So there was a lot we didn’t do! Maybe next time!

So you’re probably asking – what did we do? We took a ride to Dowdell’s Knob which was Roosevelt’s favorite spot. At 1395 feet above sea level, it is the 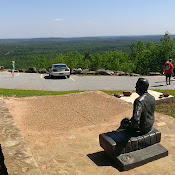 highest spot on Pine Mountain. FDR had a stone grill built so he could enjoy more formal picnics complete with linen draped tables and food served in silver serving dishes while enjoying the awesome view overlooking Pine Mountain Valley. It

was quite a pretty spot!

sandwiches ($3.75) with an order of fries ($2.75). Since there was another BBQ restaurant, The Three Lil Pigs, in town and both had good reviews, it was a tough decision deciding which to choose. The Whistling Pig was excellent, guess we’ll tr the other one next time.

Calloway Gardens) choosing the breakfast buffet for $7.95. It was only fair, mediocre food at best.

The rest of the time we just hung out! 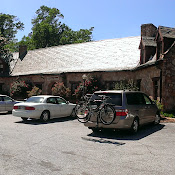 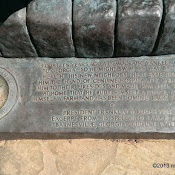 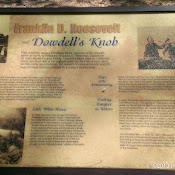 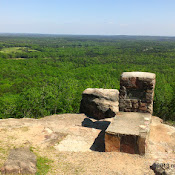 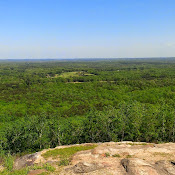 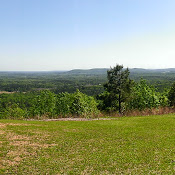 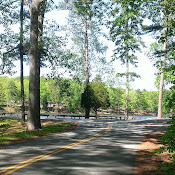 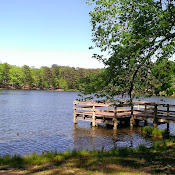 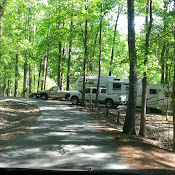 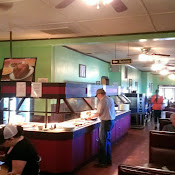 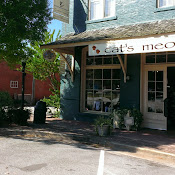 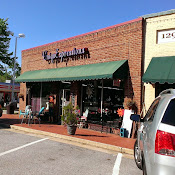 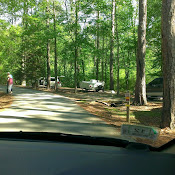 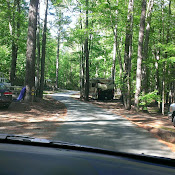 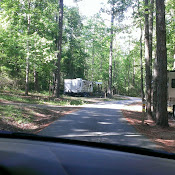 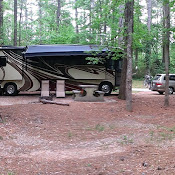 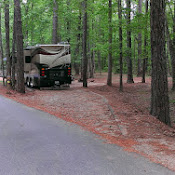