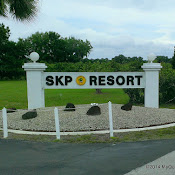 While staying at Santos Campground in Ocala, once again we were unable to find any State Park availability for the weekend, so the hunt was on for a place to stay. Since we are Escapee members, I called the SKP Co-op Resort in Wauchula, FL. Yep, they had availability, for a low rate of $18/day plus electricity and no reservations required. Hooray! Actually we learned later that they don’t take reservations anyway – it’s first come first serve. Even when they are busy, they can usually provide a space in the overflow area until a full hookup site becomes available, then you can move to that site.

So on Friday, March 27th, we left Santos with a 2-1/2 hour drive ahead of us. Not only was it longer than some of the short hops we’ve made recently but it ended up being a rather tedious drive. A mixture of two lane and four lane divided roads, both heavily traveled by trucks and stop and go traffic as we passed through some of the larger towns. Finally we arrived in Wauchula which is a small town. The name “Wauchula”, is a derivation of the Miccosukee Indian word, (wa-tu-la-ha-kee), meaning “call of the Sand Hill Crane”. 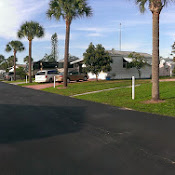 After passing through town and making a few turns, we finally arrived at the resort. Boy were we surprised! What a lovely park! Relatively small park with only 127 sites filled with a combo of RV’s, 5th wheels and park models. There is also an overflow area with electric (currently 20A), plus a boon docking area. Looked very well maintained with lots of greenery and palm trees. 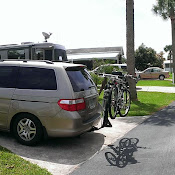 At the registration office, we were greeted with a warm Escapee’s welcome, immediately invited to the Soup Supper later that afternoon and then escorted to our assigned site A37. Turned out our site was one of the few that had a slight hill. Oh, oh, do we need to remove the towbar again? 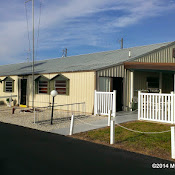 After several minutes of discussions with the guys helping and our next door neighbor, the consensus was that the towbar/drop hitch would clear. It actually scraped a bit but just slightly!

No sooner had we settled into the site, when we had a torrential downpour. Since it looked like it was going to last for some time, we decided to skip the soup supper.

Sites here are 50/30A full hook-up, most with full concrete pads but a few are just plain grass. During our four night stay here, we learned a lot about this particular SKP Co-op from our next door neighbors, Ken and Phoebe. Although the 11 current non-profit Escapee Co-op Parks were started by the Escapee Club, the club does not own or run them, instead each park is run by the volunteer members of the Park. Each SKP Co-Op sets its own rules and is self-governing with a board of directors elected by the members. More details about the Wauchula SKP Co-op can be found on their website.

For more info about this park check out our detailed review.

Since the taxes were now done, during our stay we had a chance to do some exploring in the area. We’ll tell you about that in a future post!