Much to our annoyance we had another water leak around the driver window. Since the bozos at Flagg RV did such a poor job of installing our new [unfogged replacement] windows last year, instead of trying to patch it up, we ultimately decided to remove this window entirely and start over. 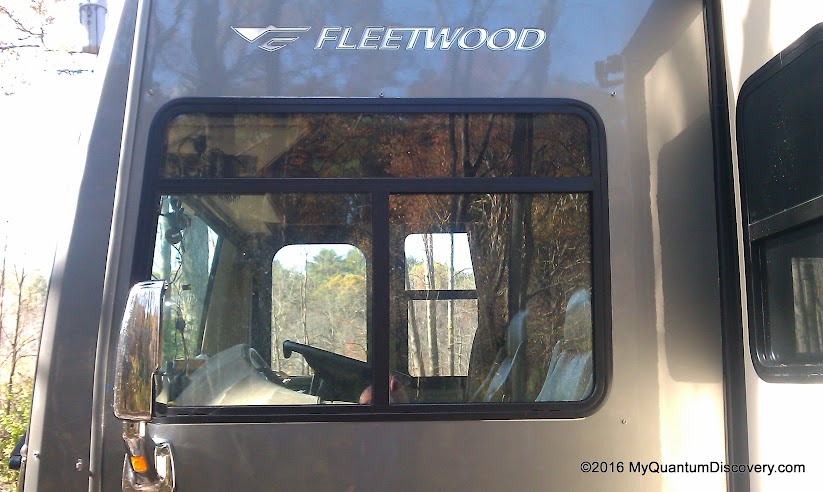 One of the mistakes Flagg made was improperly setting it in the opening – it was too low which left a fairly large gap in the upper front corner that they simply filled with silicone. The window even came with standoffs attached to the bottom just for this reason – but last year after Flagg did their thing we found them on the floor of the coach and luckily I saved them – I think they thought they were packing clips and were supposed to be removed.

Another mistake they made was to use butyl tape all around the outer flange – this gooey stuff oozes out around the flange after a while and looks like crap. It also made removing the window without damaging it much more difficult. 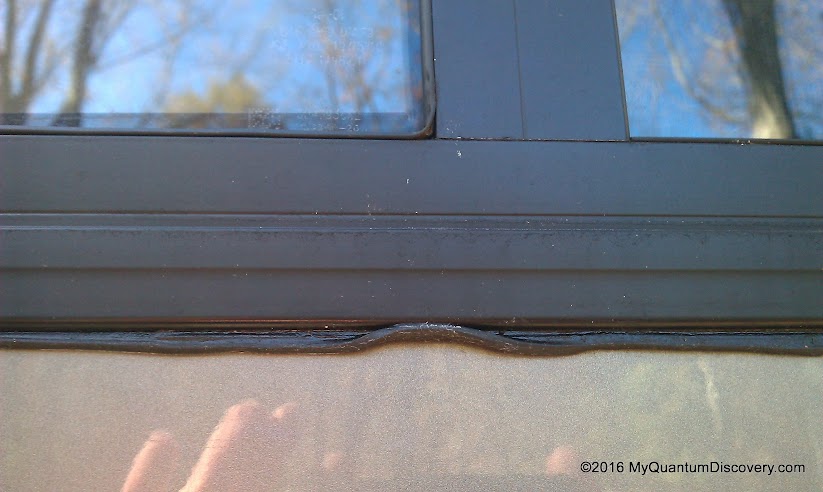 Instead of sticky buytl goo on the flanges, the coach maker (Fleetwood) uses a rubber gasket called “Clean Seal tape”. All Flagg had to do was call them and order a roll – that’s what we did. After managing to remove the window without damage, cleaning off all the goo from the coach and window – about a 4 hour job (thank god for CitraSolve) – we installed the Clean Seal tape, replaced the window and correctly positioned it.

Will this fix the leak? Not sure, while the window was out I detected some residual dampness coming down inside the wall sandwich from above the window opening – I had already caulked up everything that looked suspicious on the roof and gutter, but we’ll just have to see what happens – it could be one of those boat type leaks that comes from somewhere totally improbable.