On Wednesday, it was off to the Tampa RV Show for us! It was the first day of the RV show and Senior Citizen’s Day so a 2 day ticket is $9 instead of the regular $10. Even if you are not a senior, you can get a $1.00 coupon from the FRVTA website.

Last year we learned the hard way that by going to the RV show first thing in the morning on the first day, you get to sit in traffic, get to park in the back of the parking lot, get to wait in long lines to buy tickets and get to deal with dense crowds especially in the exhibition halls where the vendors are located.

None of that for us this year! We slow rolled it in the morning, leaving Alafia SP around noon. After being stuck in traffic last year on I-75 and the associated exits, we discovered that it was better to take the back roads and go to the entrance on Martin Luther King Boulevard instead of the main entrance off of Orient Road. Worked like a charm! We experienced no traffic and found a parking space ($6 for parking) not very far from the ticket booth where there were no lines. As we 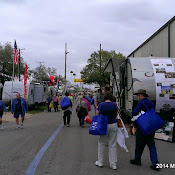 walked over to the entrance of the exhibition hall, we passed a lot of people who were leaving. Our strategy worked out well.

We could have dry camped in our coach at the fairgrounds for $20 a night (electricity only) with other Entegra owners but the coaches are really packed in so once you have entered the camping area, you can’t leave until the show was over on Sunday. No thank you! Plus it was actually cheaper for us to stay at Alafia for $11 per night where it was much quieter and we had both water and 50A electricity! 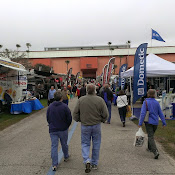 Anyway, Rob had decided that he wanted to visit the Entegra show area first so we made a beeline for that and checked out all of the 2015 models of Entegra. Then of course we exchanged hugs with Joyce Skinner, Director of Customer Service, talked to Ted Cook who is now the Eastern Region Sales Manager, chatted with Chuck Lasley, President of Sales and several other Entegra people.

On Tuesday I had said to Rob that I was going to get up early to walk some steps before we left for the show. His reply was, “oh, you probably don’t need to, after all we’ll be doing lots of walking at the show”. Well, we ended up sitting on one of the Entegra coaches talking to a newbie couple who were potential buyers for well over an hour. Between that and talking to all the Entegra people, we spent over 3 hours just at the Entegra booth! Darn, somehow my Fit Bit Charge doesn’t count the time sitting on a couch as exercise…maybe if I attached it to my mouth it would. 😀

Before leaving to head to the Entegra dinner, we did board a few other coaches (Newmar, Tiffin, Fleetwood, etc.) just to check out the competition. We didn’t see any other coaches or layouts that we liked significantly better than our Aspire. Definitely not ready to trade yet! 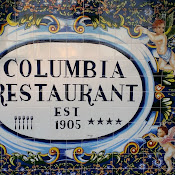 Around 5:30 p.m. we left the fairgrounds and headed to the Columbia Restaurant in Ybor City about 15 minutes away for the Entegra Owner’s Appreciation Dinner. Last year the free Entegra dinner was held on one night but this year because the number of owners has increased, the dinner was being held on both Wednesday and Thursday with 200 people attending each night. We opted to attend on Wednesday because Clayton and 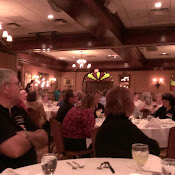 Gail from Riverbend were also attending that night.

When we arrived we were told that seating for the Entegra folks wouldn’t begin until 6:30 p.m. (it was now 6:00 p.m.), but based on last years visit we ignored that advice and found our way to the room where a good number of other Entegra owners were already seated including Clayton and Gail. Good to see them again! Several other couples joined us at our table as well but I don’t remember who they were. We also had a chance to finally meet a fellow blogger (On the Road with Harvey & Red), Flora Stoneberg and her husband, John, who were attending that night as well.

The evening started off with an open bar, an appetizer table with cheese, crackers and a variety of fruit, plus wait staff serving several hot appetizers – small chicken croquettes with a rather spicy sauce and empanadas (spiced ground beef in a pasty turnover). Everyone was quite happy while waiting for the festivities to begin. The entree’s were served buffet style and were the same as last year. At the beginning of the buffet table were slices of Cuban bread and their infamous 1905 salad. Hmmm, what’s a 1905 salad you ask?  If it was made back then, it must be kind of wilted! HA HA! Actually named for the year the restaurant was founded, this salad is made from crisp iceberg lettuce, julienne of baked ham, Swiss cheese, tomato, olives, grated Romano cheese and their famous garlic dressing. Really good! Followed by steam table pans of yellow rice, slices of roast pork, chunks of chicken in a sauce, mixed with peppers and onions and shrimp and fish in a very, rich sauce.  Dessert was a very light chocolate mousse cake. Everything was delicious!

During the evening several speeches expressing appreciation to the customers were given by Derald Bontrager, co-owner and CEO of Jayco/Entegra, Tadd Jenkins, President and Chuck Lasley,  President of Sales. We learned of lots of good stuff happening at Entegra. To meet the growing demand for Entegra coaches, in July, a new 206,000 square foot, state of the art, manufacturing building dedicated to the Entegra line will open. The current facility will continue to house construction of other Jayco products. To handle the increase in sales, more service bays will be added as well. A new Pre-Delivery Inspection (PDI) department has been added along with a series of new processes that directly involve and grade production workers and it has already made significant strides in defect detection before the coach leaves the plant. Another very proactive benefit (and I believe an industry first) is Entegra’s creation of a mobile factory direct service team. Two service technicians complete with their own parts stocked vans have been relocated from Indiana to Florida for the winter. For the assorted issues that crop up during the 2 year warranty, this provides fast and convenient service to snow birds. Boy, Mike and Rod must really hate spending all that time down south in the winter! Glad to see that Entegra is continuing to do all the right things to keep their customers happy and to increase their market share.

As we left the dinner, we were given a leather journal and pen so we could write down our RV experiences. We left the dinner well after 9:00 p.m. heading back to Alafia State park in Lithia.

Since admission to the RV show includes a two day ticket (you can return on any day you desire), we decided to return to the show on Thursday and finish looking at stuff. Along the way we stopped 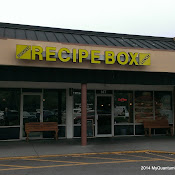 at the Recipe Box Diner in Brandon for a late breakfast, arriving there around 11:00 a.m. Rob had 2 eggs with hash browns and toast ($4.95) and I had the same thing but with bacon ($7.25) which we shared. Good breakfast!

After breakfast we continued on back to the Tampa Fairgrounds, again entering at the entrance on MLK Boulevard and quickly finding a parking space near the front. As we started exploring the vendor hall, Rob got a text from fellow Entegra owners and friends, Gary and Leigh – we had met at the Entegra factory in Middlebury last summer and attended the Entegra Spartan class with them. They also came to RI last fall where we acted as tour guides, taking them through Jamestown and Newport. Great seeing them again! They had signed up for the Thursday night Entegra dinner so before parting ways we arranged to meet them for a drink at the Columbia around 5:00 p.m. We spent the rest of the day visiting the various vendor booths.

At 5:00 p.m. we arrived at the Columbia and joined Leigh and Gary in the bar area. Great seeing them again and having a chance to visit. It didn’t take long before we were joined by other Entegra owners that they 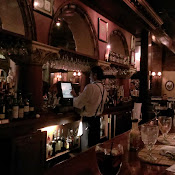 After they left for the dinner, we decided to find seats at 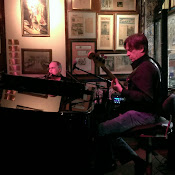 the bar where we perused their extensive menu. Two musicians (a pianist and guitarist) had taken seats directly behind us in the corner and started playing lovely, very soothing, romantic background music. I quickly commented to Rob, “I wonder if they are going to play the “Girl from Ipanema”. We had to chuckle when a few minutes later that’s what they played. 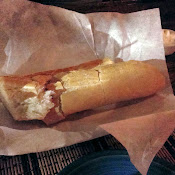 With the help of the bartender, we ordered sangria followed by the “Tapeo Sampler”. There are two types of samplers – choose one seafood tapas and two other tapas for $26.95 or choose two seafood and one other for $29.95. After we ordered he served us two hot loaves of Cuban bread, one for each of us which could have been our entire meal. We haven’t had such good bread since we were in France many years ago.

He then suggested that we try these three tapas (one seafood and two others): 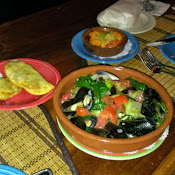 Oh, my, we had heard how good the food was here but this was beyond good! Absolutely delicious! Rob kept repeating over and over again “we’ll have to come back here again” the entire time we were eating. When I asked him when, he said “next year”. Darn can’t we come back before then? Luckily they have seven locations throughout Florida so even if we don’t visit the Tampa area, we might be able to dine at another one.

While we were eating, Leigh came out and told us that there were two empty seats at their table so why didn’t we come in and sit with them. We felt kind of awkward about it, that perhaps the Entegra folks would think that we were taking advantage of their hospitality but when we realized their table was tucked in a corner, we decided to join them. Fun time! We had already had enough to eat and drink so it was purely a social visit. Plus we had a chance to see Corey and Tammi Solender who we met when out at Entegra and Spartan. 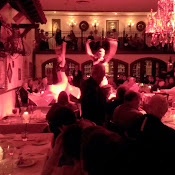 Once the dinner was over, as we made our way to the exit, we stopped to watch the Flamenco Dancers in one of the main dining rooms. Hard to capture good pictures due to the low lighting but there is a link to a You Tube video on the Columbia Restaurant website. Guess there is an extra $6 per person cover charge to watch the show 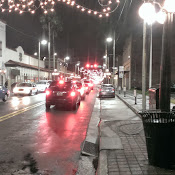 What a wonderful day and evening! Not enough steps but that’s okay, there’s always tomorrow!

Finally, we headed back to the coach. The next day (Friday) we would be moving again, but not very far. Unfortunately, when we initially made our reservation, Alafia SP was all booked up for the weekend.