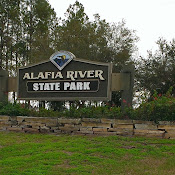 Well, it was that time of year again – time for the Tampa RV Super Show on January 14th to January 18th. That and the invite to the Entegra Owner’s Appreciation Dinner prompted us to try to find a place to stay in the Tampa area. As usual we dragged our feet so no sites were available at Quail Run in Wesley Chapel where we stayed last year. Our only option was the equestrian loop (oh, oh, do we need to bring a horse?) at Alafia River State Park in Lithia, FL, another place we stayed at last year. Not as close as Wesley Chapel but not all that far to the show – about a 45 minute drive to the Florida State Fairgrounds in Tampa. 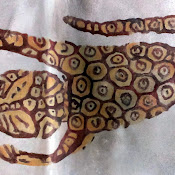 So on Sunday, January 11th, we bid farewell to Mickey and Minnie, ready for our really long drive (NOT) of little over an hour (about 70 miles). Speaking of Mickey, we forgot to add this photo of some artwork from Animal Kingdom Lodge to our last Disney post. Here’s a challenge for you – see if you can find the Hidden Mickey! Hidden Mickeys are found all over WDW, this is just one example – it’s kinda like Disney’s version of geocaching!

We were a little concerned leaving Fort Wilderness because Sunday was the day of the 26.2 mile marathon and we knew that some of the roads were closed. So we took a route that avoided Disney properties. After taking a right onto Golf View Drive, we made our way to Vista Boulevard, then onto FL-535, eventually getting on I-4W.

As we neared the end of our time on I-4, as usual Mrs. Rand McNally gave bad advice and wanted us to take exit 21 and deal with some totally inappropriate route thru the center of Plant City. Mrs. Google advised us to take exit 22 which is not only shorter, but also the truck route and much preferred for a large RV – what’s with that? While the Rand is aware of our weight, height and length, Google isn’t – more evidence of the poor routing algorithms employed by the Rand McNally. Anyway, we then picked up CR-39S which took us directly to the State Park Campground entrance.

And that brings up an issue we encounter often. When setting up a route to an unfamiliar campground with a GPS, particularly State Parks, make sure the destination is actually the correct campground entrance, as they often differ greatly from the State Park address – Alafia is one such case. We advise using Google maps in satellite view and Google Street View to find the actual campground and set your own waypoint lat/lon based on that research. Or, check the campground website and follow the directions there. Take a look at this satellite image, the campground entrance is clearly visible to the left off of CR39 yet the State Park marker is quite a distance away and will likely affect the routing.

By the way, Rob finally installed our new dash cam so now you get to enjoy videos of us leaving Fort Wilderness and  arriving at Alafia State Park. While there are a few State Parks that are not appropriate for big rigs, we have run into quite a few big rig owners that think there aren’t any State parks that will fit them. Hopefully these videos will help with that misconception. 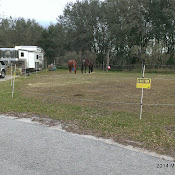 After checking in at the office, we made our way to site #3, a 55′ pull thru site located on the Lonesome Lake Loop. As mentioned this was the equestrian loop since it has a few sites with a large grassy area 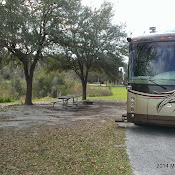 next to them, perfect for horses. No horses near our site but two on the other side of the loop, a short distance away. Since our site was a pull thru we didn’t bother unhitching (our car, not our horse) until we arrived at the site.

While we were getting set up, the alter “I wanna be an outdoor cat” ego of Sparky appeared. Setting up requires us to go in and out of the coach frequently requiring us to shoo the kitties away from the screen door. Well, one time that didn’t work so well – Sparky went flying out the 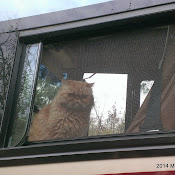 door. Once out, he didn’t seem to know quite what to do perhaps a little intimidated by an unfamiliar place.  It was an easy capture, within a few minutes we had the beast inside the beast again. But not for long though! Within 5 minutes, there he was prancing around outside. Luckily he scurried over to where we were, probably looking for approval (but not getting it) of his great escape. What the heck? Ah, ha, I immediately figured out what happened! When Rob was maneuvering the coach, he opened both the window and the screen next to his captain’s chair so he can poke his head out to see where the coach is positioned but apparently after shutting down the engine, he neglected to close it. Having an open window like that was just too much of a temptation for Mr. Brave Monster Kitty. Out he jumped! At least a 6 foot drop onto the asphalt. Jeesh, Sparky, what were you thinking? Guess he wasn’t! Perhaps he knows that cats have nine lives!

Once we settled in, we went for a walk so I could make my 10,000 steps. Because it takes so much time, I’m finding it difficult on travel days meeting my goal. I didn’t quite make it on this day, only walking about 7900, but on our last day at Disney I walked over 13,000 steps so I guess it averaged out. 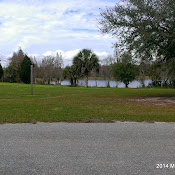 Although it is out in the middle of nowhere (about a 20 minute drive to any stores), we like this state park. The big rig friendly campground has two asphalt loops, Alafia Lake and Lonesome Lake with a total of only 27 sites, all with water, 30/50 amp electrical service, a picnic table and fire ring. There are no sewer hookups at the site but there is a dump station. 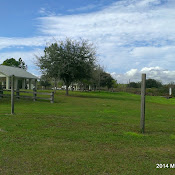 Between the two loops, central to all of the campsites is a bath house, an outdoor amphitheater for ranger hosted programs and a sheltered picnic pavilion with a lovely view of one of the small lakes.  Most of the sites are pull thrus but there are a few back in sites, the majority of which seem to be on the equestrian oriented Lonesome Lake loop. Pull thru sites run parallel to the road, most with the living area on the opposite side of the road so there is some privacy.

Opened in 1998, the 6,000 acre Alafia State Park is located on what was once a phosphate 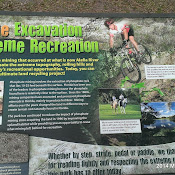 mining site along the South Prong Alafia River. Due to the radical 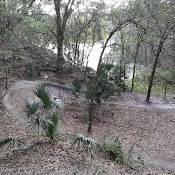 elevation changes found in the park, it offers 17 miles of some of the most challenging pro grade off-road bicycle trails, ranging from beginner to advanced. I’ll stick to walking, thanks anyway!

After we settled in, we decided to set up our new Coleman 12′ x 10′ Hex Instant Screen Shelter which we had bought from 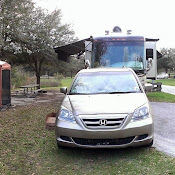 Amazon while we were at Riverbend (there was a really big discount around the holidays). Since we stay in State Parks quite frequently, it will hopefully allow us to sit outside even when it is buggy. We also thought we would be able to bring the kitties outside with us without having to worry about them running off. 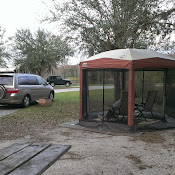 time setting it up, it took us a few minutes to figure out the assembly technique, but now that we have done it, it should be pretty easy in the future. It has a folding frame so there are no parts to assemble, but it takes two people to expand the frame and then slip on the fabric roof and screen sides.

Once we put down our patio rug and had it set up, out came our chairs and the kitties. Of course, they had to explore every inch. Gizmo finally settled down and was perfectly content just lying on the rug but the other brat, Sparky, thought it would be a lot more fun to aggravate us by trying to figure out how to escape underneath the flaps. Even with it tied down and staked securely, there was still a little give to the bottom flaps making it easy for him to claw his way underneath. I think putting a few heavy objects along the flaps will hopefully resolve that problem. So much for a little relaxation outside! It wasn’t long before he was ostracized to the inside of the coach where he sat at the door screaming. So annoying! I wonder if cats can lose their voices from too much meowing like us humans do from yelling too much! 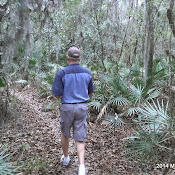 Last year during our stay here, we enjoyed the nature trails so that afternoon and over the course of the next few days before the RV show, we did quite a bit of walking, re-exploring the trails. Just as nice as last year!

On Wednesday, we headed for the RV Show….more about that in the next post! 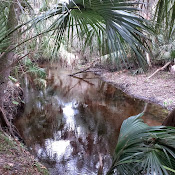 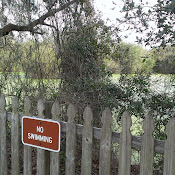 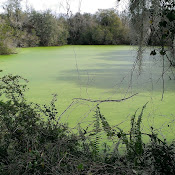 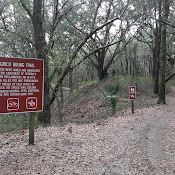 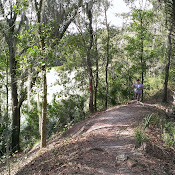 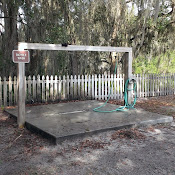 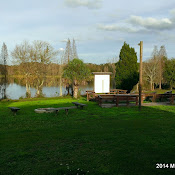 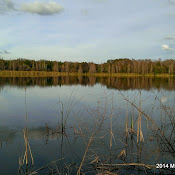