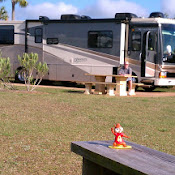 Here we are at Bella Terra RV Resort in Foley, Alabama so this will be our sweet home for the next month.  On Thursday, we slow rolled our departure from Topsail due to the heavy fog in the area.  Not a big deal since it was a less than 100 mile drive so we knew that it would be easy to arrive there before dark.

On Wednesday night (in Williston), the fog was so dense, the trees were dripping and it sounded like it was raining out! Everything outside was wet – 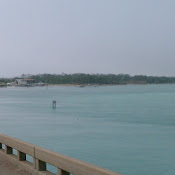 the awning, our chairs, our bikes and the fire pit so it took a little longer to prep for our departure. By the time we left around 11:00 a.m. the fog was  just barely starting to lift.  As we drove westward over the causeway leaving Destin, the water looked much more “emerald” than it did on the day that we were there earlier in the week.  Unfortunately the picture doesn’t reflect how pretty it was even in the fog! 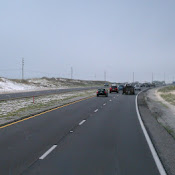 Instead of driving north to pick up I-10, driving the monotonous interstate and then heading south again, we decided to take Route 98 all the way which is a straight run due west.  The majority of the run in Florida consisted of a 4 lane divided highway but for the most part was only two lanes in Alabama. 98 passes through a number of small towns and retail areas with numerous 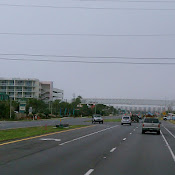 traffic lights and in some areas there was moderate congestion, but it was a nice easy ride, definitely more scenic and we were able to stop for lunch!

If you are arriving here (from either direction) via I-10, we would strongly recommend taking Alabama 59 south – even if it looks like shorter routes are available, 59 is 4 lane divided and an easy drive, plus there is a camping world, Walmart, several grocery stores and all other retail known to mankind along the way.

About halfway there, the fog lifted, blue sky appeared and the sun came out.  Rob was happy since he no longer had to listen to

my repeatedly whining “this would be pretty if it were sunny”.  He’s had to listen to that on just about every trip when we have had any type of inclement weather.

After an uneventful drive, we arrived in Foley, AL around 2:00 p.m.  But before we checked in to Bella Terra, Rob wanted to top off the tank with diesel since the Discovery will be sitting for a month, so the hunt for an easy access gas station with diesel was on.

There were a lot of gas stations but either they didn’t have diesel or if they did, the station was very busy or did not have easy access into the station or the diesel pumps. We were just about ready to give up when we finally found a station away from the main drag so that chore was finally completed. 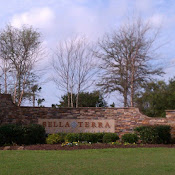 Our search however must have cost us about 40 minutes of time so we didn’t arrive at Bella Terra until 2:45 CST. Diesel here was cheaper than our last fill up in Mariana, Florida – $3.99 vs. $4.22.

When we arrived at Bella Terra, we checked in at the office and were escorted by the property manager to site #636. 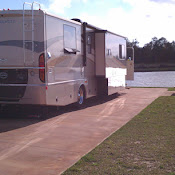 Since the sites are so big and you pull forward into them instead of backing in, we didn’t have to unhitch the toad until parked on our site. 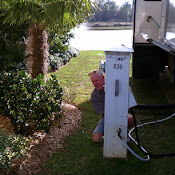 By pulling in forward, we also have a lovely view of a small lake with a fountain from our front  window.  We’re facing west so hopefully we’ll get to see some pretty sunsets.

Well, it’s time to settle in so more on Bella Terra later…..