Leaving Williams behind, it would be a 1-1/2 hour very scenic drive to our next destination. I-40 (Route 66) driving west out of Williams is basically a many miles long “hill” with spectacular scenery. The elevation starts at 6765 feet in Williams, drops to 5243 feet in Seligman and 3333 feet in Kingman. 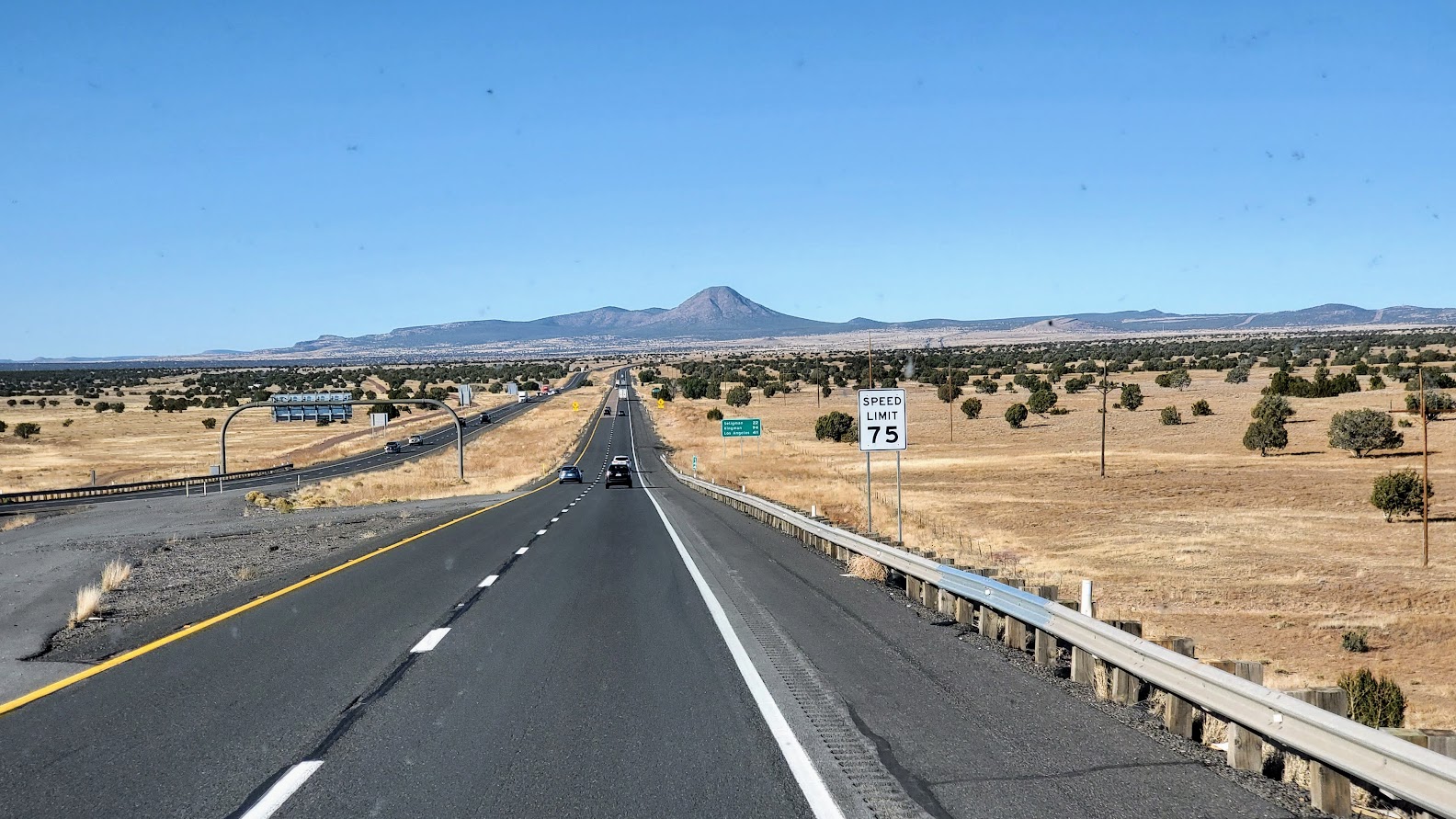 On this trip we decided to take a roundabout way to get to Kingman, AZ. Exiting the modern day I-40 interstate onto historic AZ-66, the small, quirky and very historical town of Seligman transported us back in time. This particular segment of Route 66 is supposedly the longest surviving uninterrupted stretch (160 miles) of historic Route 66 in the U.S., beginning just east of Seligman and stretching to Topock on the east side of the Colorado River.

Quirky gift shops, family-run restaurants, mannequins standing on roof tops, 50’s style motels, vintage cars, old style gas stations and lots of Route 66 signs bordered both sides of the street. Unfortunately, we didn’t have time to stop to explore what appeared to be a fun place to visit, either during the day or at night. Would love to drive through the town at night – do you think there would be a bit of vintage neon heaven?

Another nostalgic surprise as we continued our drive. Remember Burma-Shave? According to the Legends of America website, “Burma-Shave was a brand of brushless shaving cream that was sold from 1925 to 1966.  The company was notable for its innovative advertising campaign, which included rhymes posted all along the nation’s roadways. Typically, six signs were erected, with each of the first five containing a line of verse, and the sixth displaying the brand name.” At the peak of Burma-Shave’s successful run, there were over 7,000 signs erected along American highways in 45 states.

Imagine our surprise when suddenly, in succession each about hundred feet further down the road, were five of the infamous red and white signs which read as follows:

With a little investigation, I learned that these signs were replicas of the original ones, put in place by the the ADOT (Arizona Department of Transportation) to remind drivers to slow down. It definitely caught our attention. Shades of yesteryear! What a hoot! 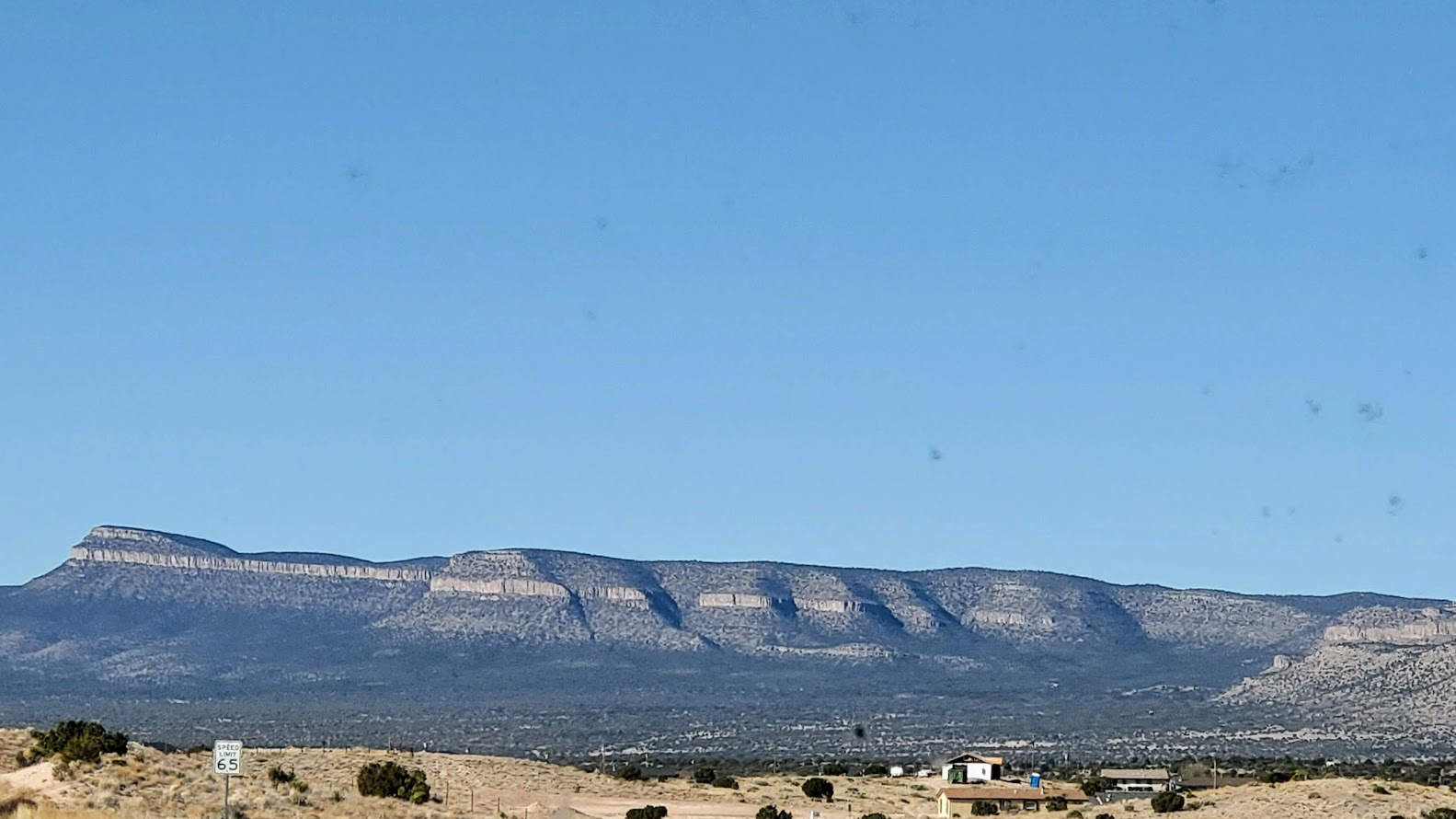 Our destination for this night, located in a 175-acre canyon in Valentine, AZ, Keepers of the Wild Nature Park is an accredited, nonprofit wildlife sanctuary which is open to the public from Wednesday to Monday, 9 am to 5 pm (Arizona time). We weren’t stopping here just to tour the park but as a member of Harvest Hosts, our plans included an overnight stop.

Harvest Hosts is a network of farms, wineries/breweries/distilleries, museums, golf clubs and other facilities offering their RV members the opportunity to boondock free overnight. Plan options are provided on their website – it may sound pricey but we have found that the savings we have realized by not staying in a commercial campground, quickly pays for the annual membership fee. Specific information, about the host as well as a reservation request form can be found on the Harvest Host website. In exchange for the free parking spot, Harvest Hosts asks that their members thank their hosts by spending at least $20 by taking a tour, purchasing an item or eating at their restaurant if they have one.

Inside the gift shop, we were told we could park towards the back of the parking lot near the dumpsters. Since we were there early, there was plenty of room for us to maneuver the coach and toad to a spot of our liking. There are several ways of seeing the park – take a self guided walking tour (about a 2 mile walk), a guided safari tour and a guided feeding tour. Admission and tour fees, tour times as well as videos are available on their website. Because there is no internet in the area, you cannot make reservations for a tour on their website – tours are available on a first come, first serve basis. While in the gift shop, we purchased tickets for the guided feeding tour at 3:30 p.m. 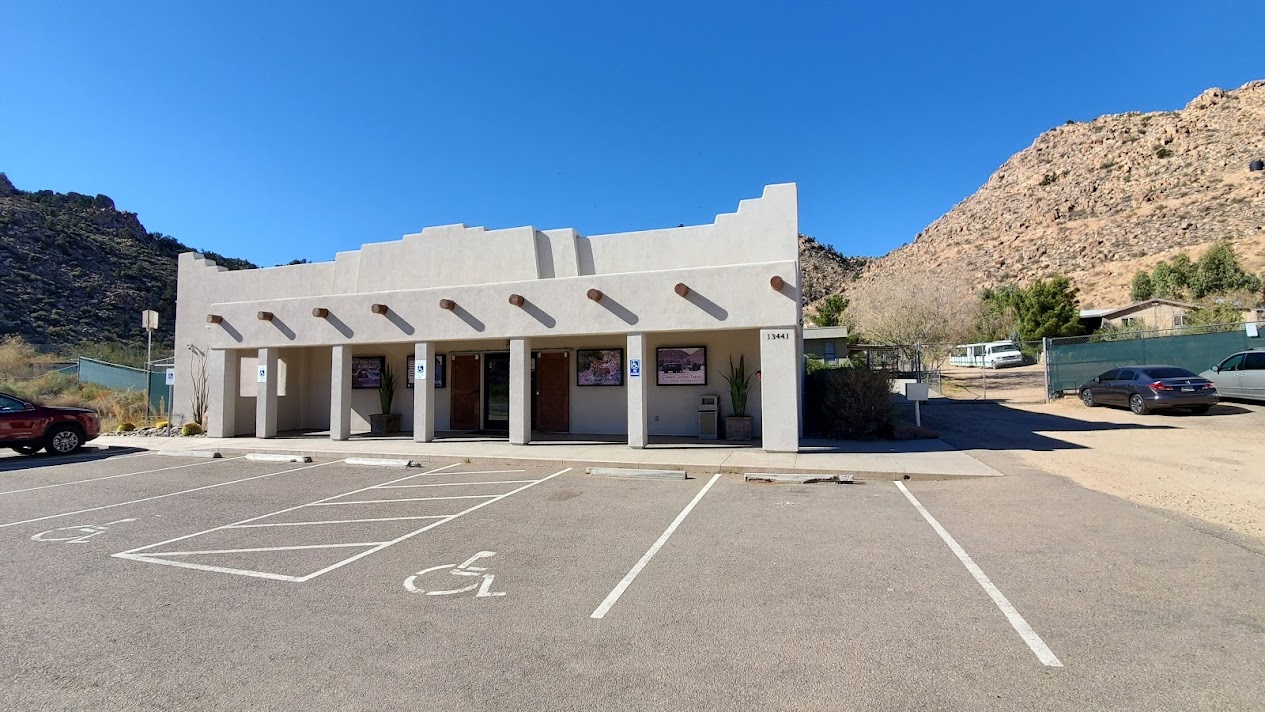 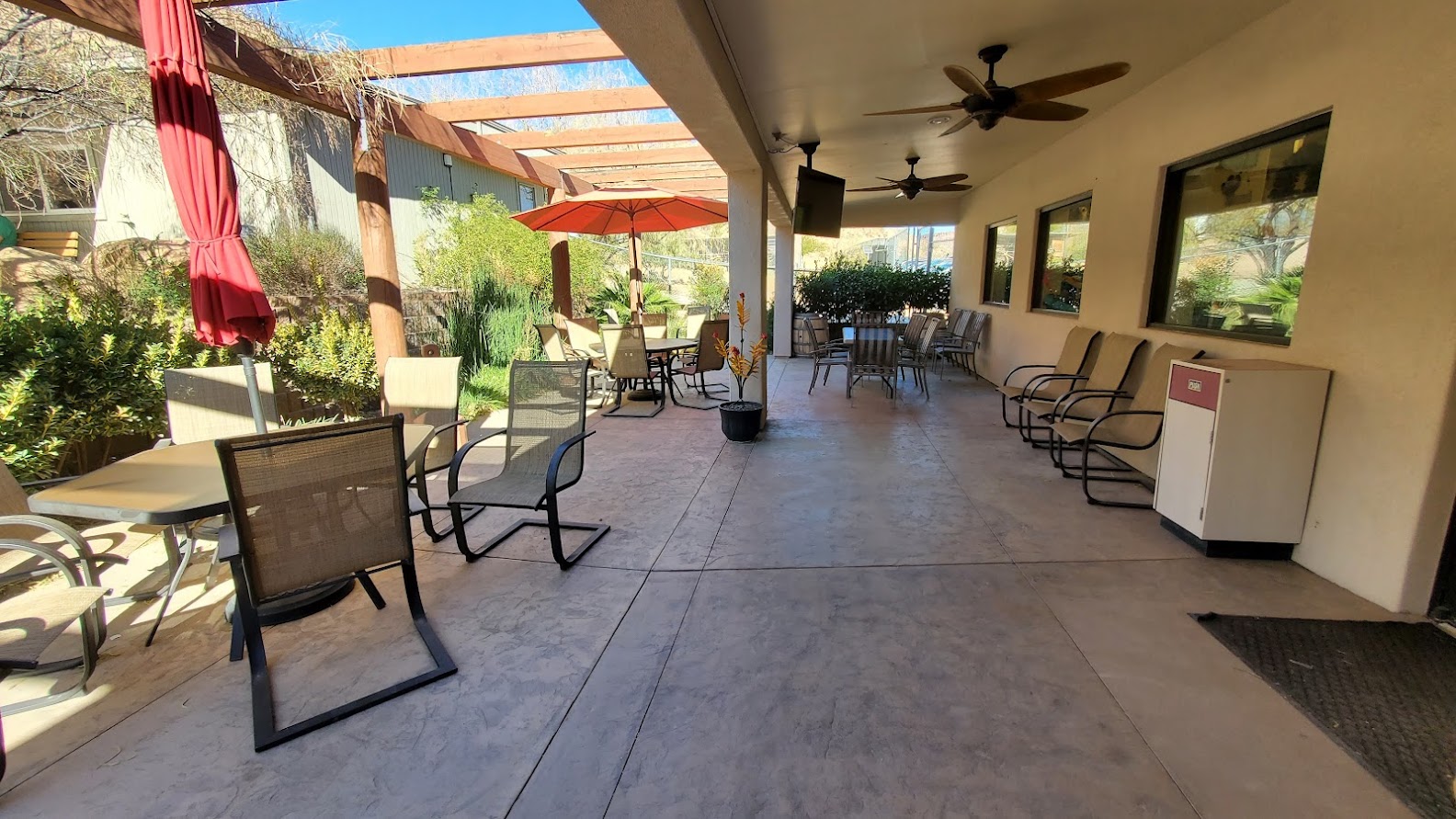 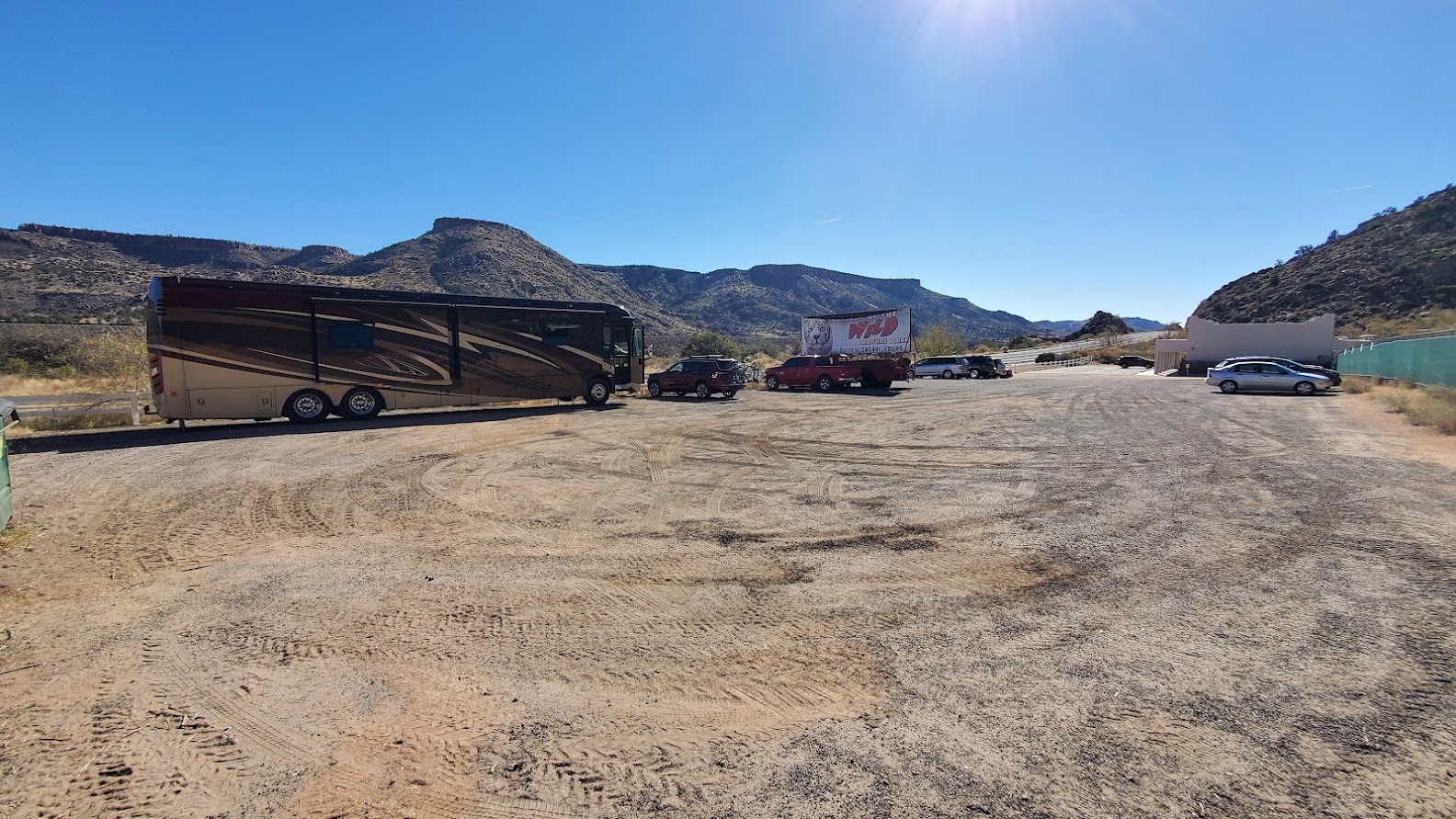 Since we had time to kill, we walked the two miles around the park. With over 130 animals, there was a lot to see. 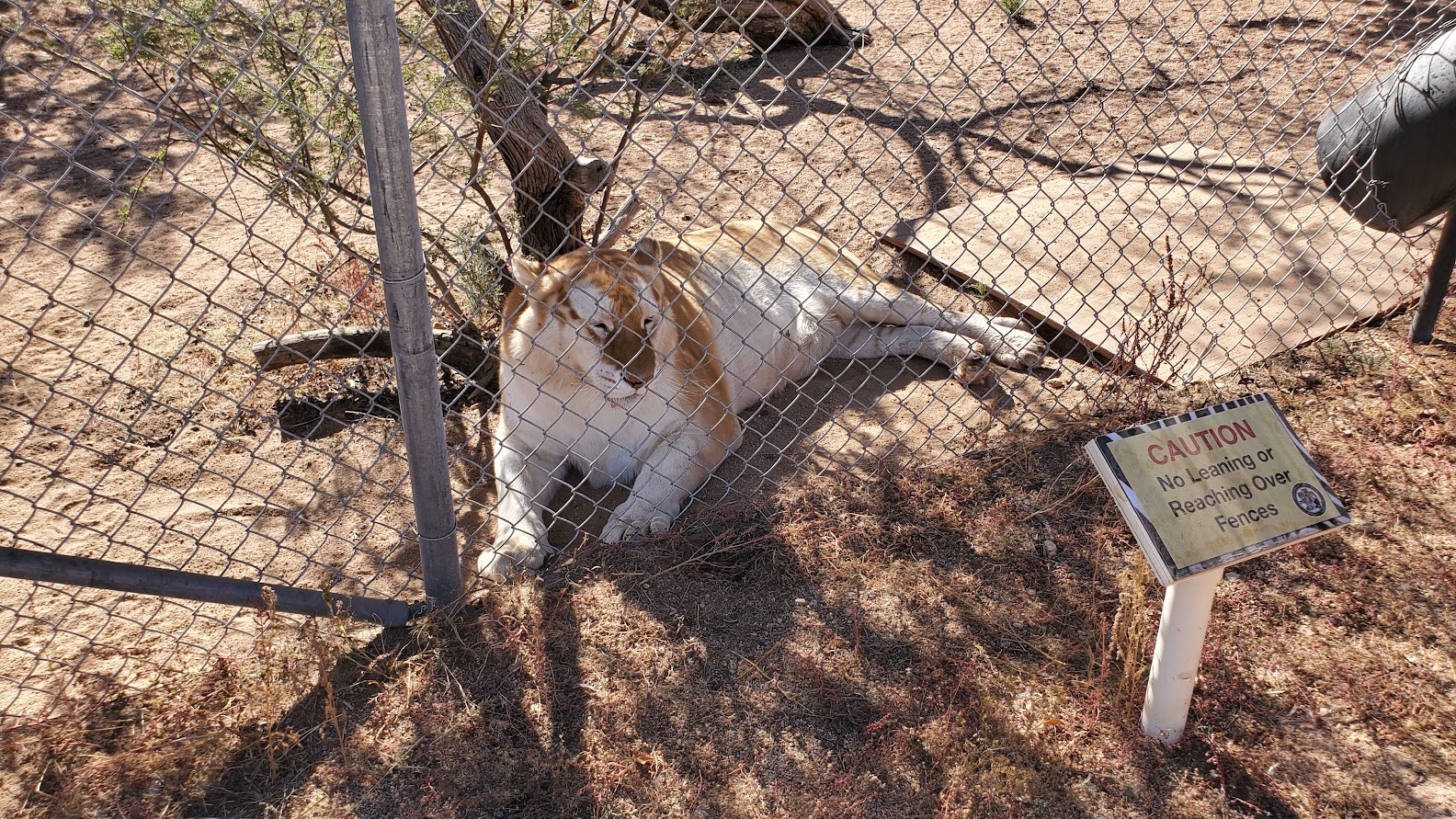 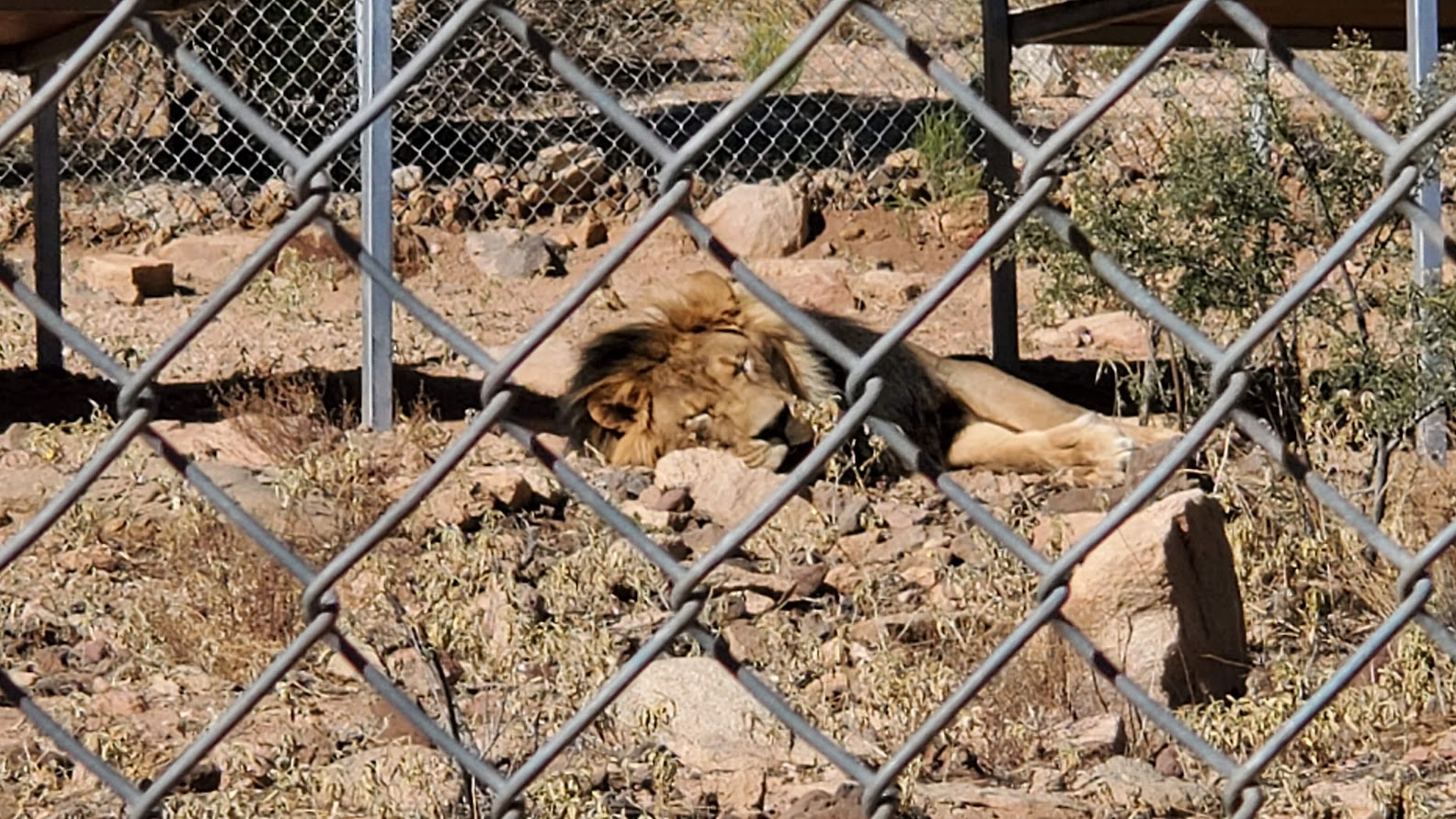 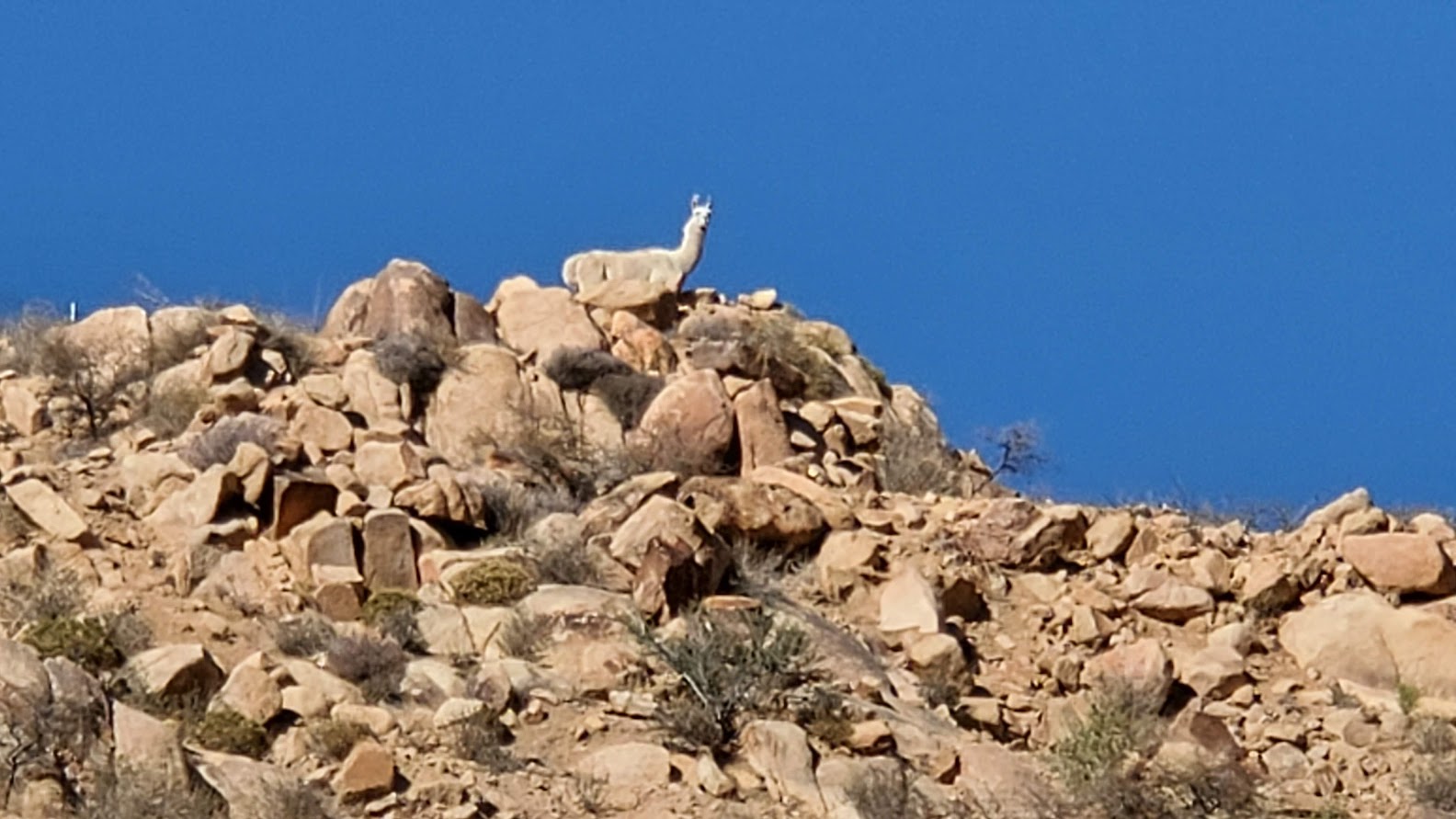 When it was time for the 3:30 pm guided feeding tour, we made our way to the waiting area where we would board two tram cars. 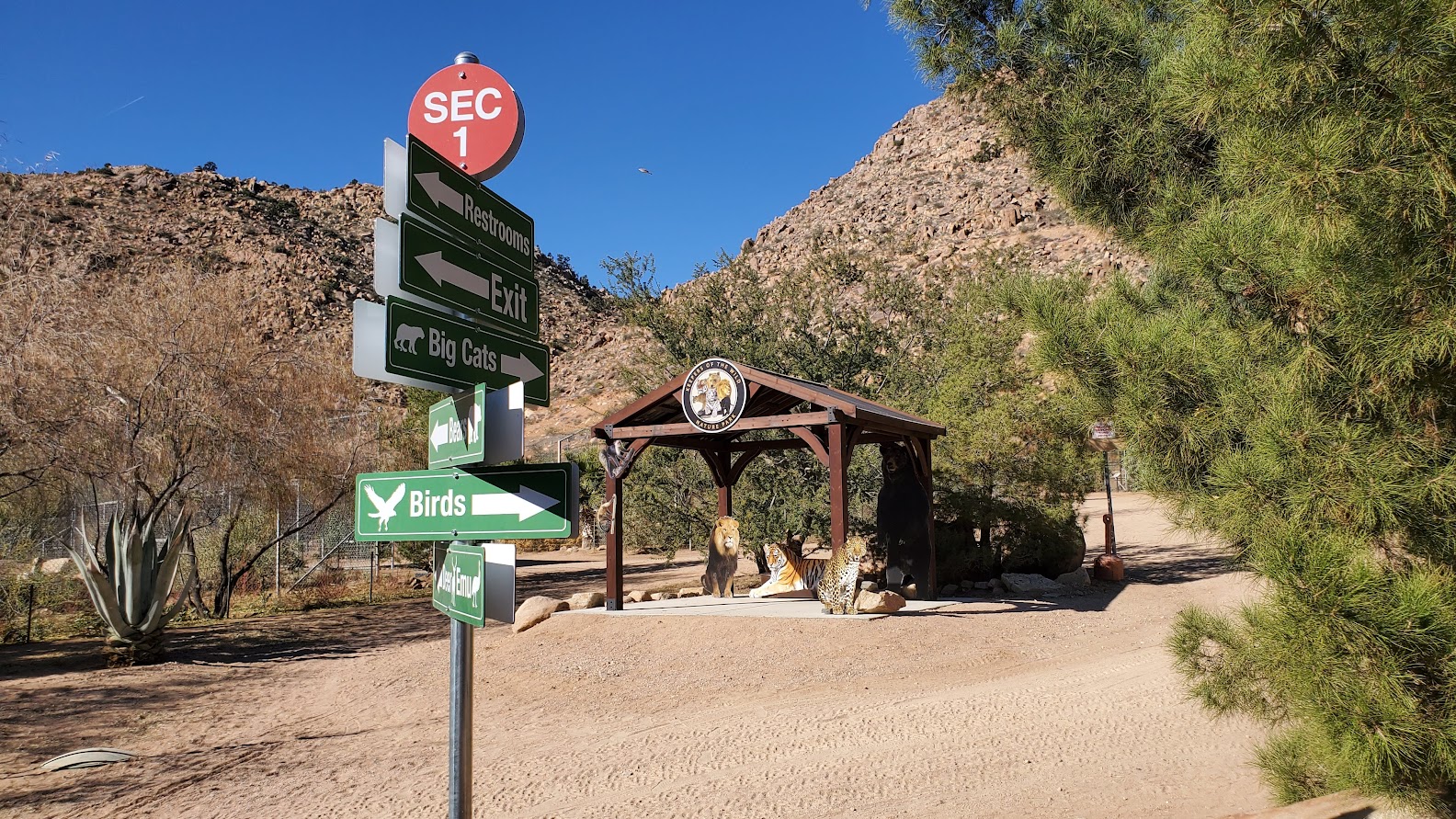 The tour was 1 hour and15 minutes long. From the very beginning of the tour to the end, our excellent, knowledgeable guides, Grace and Page, provided a wealth of information not only about the park’s history but the history of each animal. April followed along in a Jeep carrying about 200 pounds of fresh turkeys, each one weighing between 8 – 12 lbs.

The park was founded by Jonathan Kraft, a former illusionist on the Las Vegas strip who had five cats in his act.  In 1995, he gave up his career to establish the sanctuary after witnessing abusive treatment of the animals by others. He established the mission of the park: to protect abused, neglected, abandoned, and retired captive wildlife, providing the best standard of care, and helping enforce humane treatment of all animals through education and public awareness.

Since it is a non-profit, they depend on donations & sales to fund their $2.2 million operating budget, their $800 daily food bill and the cost to build a new enclosure,  approximately $50K if needed.

Seven of their big cats including lions, tigers, lion-tiger hybrid species, and a single jaguar which were rescued from the infamous Tiger King Park in Thackerville, OK. Lion-tiger hybrids (lion mates with a tiger is know as a liger; a tiger that mates with a lion is a tigon) are only bred in captivity, experience major medical problems and shortened life spans. Lions and tigers live approximately 10-12 years in the wild and 20 years in captivity.

The raw turkeys are fed to the tigers and lions daily via metal shoots in their enclosures which allows the staff to feed them without coming in contact with the animals or having to enter the enclosures. Since the bones are hollow, the cats can consume the entire turkey, bones and all, in about 4 minutes.

Funny how each cat handled the turkeys – some would immediately start eating them, others would carry it away in their mouths and one who didn’t like to be watched while eating picked it up, then hid behind a bush to eat it.

The tour obviously was focused on feeding the big cats but we learned about the rest of the animal population in the park as well. Pictures of many of them are in their photo gallery.

After the tour, we headed back to the coach where we spent the rest of the day relaxing.

The park closes at 5:00 p.m. How lucky we were to have the entire park to ourselves. Once the sun set and in the morning, we could hear the lions roaring! How cool was that! And since there was no sky glow, the stars were incredible! 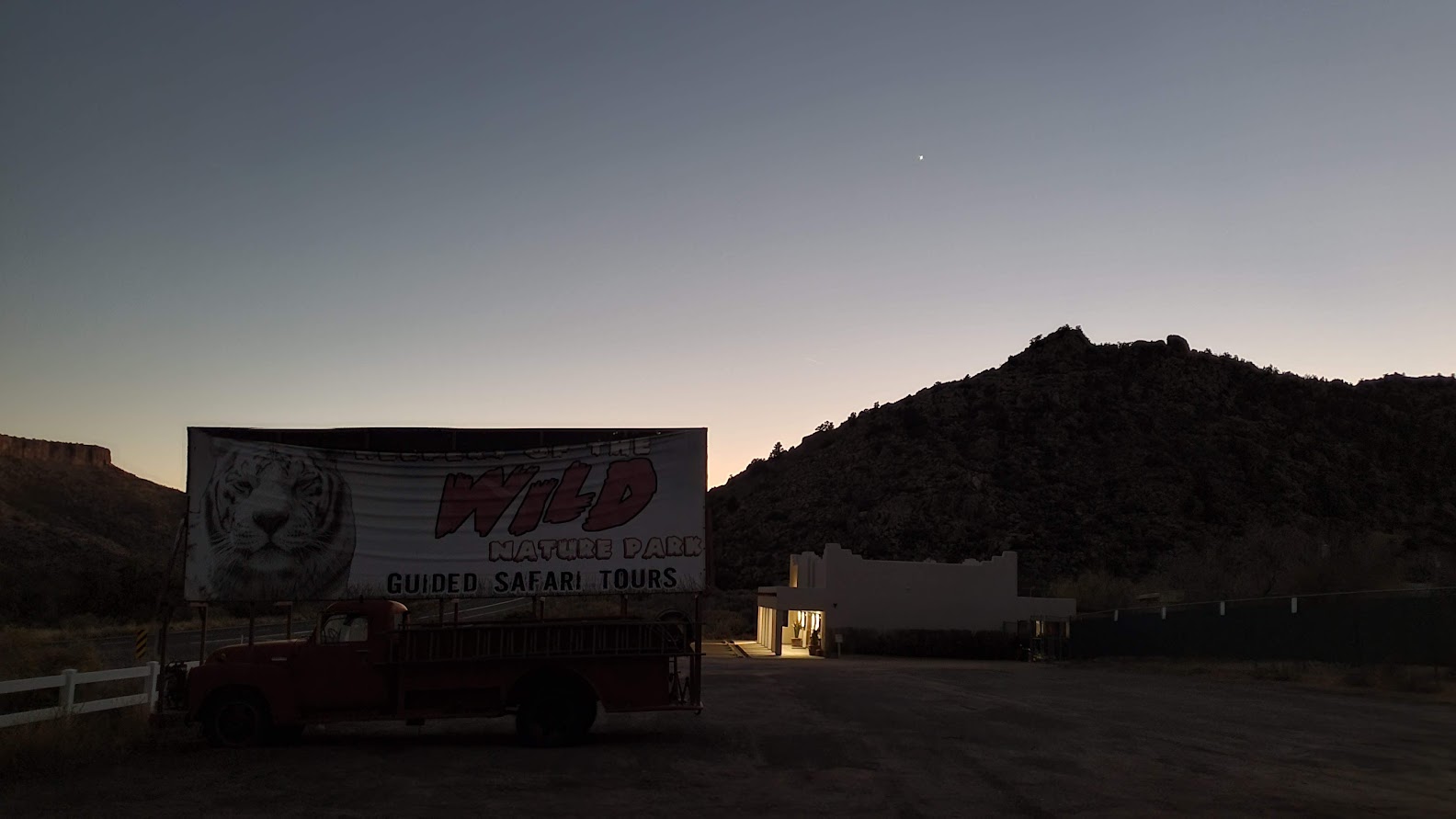 Directly across from the park on the other side of Route 66 are railroad tracks. Not sure how many trains (all seemed to be about a mile long with 3 or 4 engines) rumbled by during our one night stay but it seemed like a lot. Although they didn’t blow their whistle, they were pretty noisy, but it was kinda neat sitting in the coach and watching the different train cars roll by.

Additional photos of our visit to Keepers of the Wild can be found here.