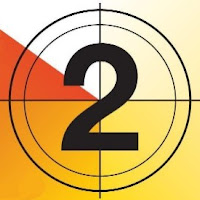 Most of the major projects are done and most systems have been checked out on the Discovery, so tonight we move aboard in preparation for our Sunday morning 1/1/2012 departure.

We like to live aboard for a day or two so there are no surprises in regard to missing supplies or malfunctioning equipment the first night on the road.

The fridge is now loaded up and working well despite some issues with it running on AC power earlier in the week (it can also run on propane). The propane system is back online and both furnaces and the fridge have been tested for normal operation on this energy source.

Today we recommission the water system and hot water tank which until now has all been winterized.  We have three small heaters running  in the “basement” where the tankage and other systems are located so we are not too worried about a freeze up. Plus the weather has been relatively mild compared to last year, although it has been dipping well below freezing at night lately.

Last year the hot water tank gave us a major headache at recommissioning and it took three days to fix. Turned out the mixing valve got some debris lodged in it (probably scale from the aluminum tank) and would not pass any hot water even though the water in the tank was hot. Opening and closing the valve a few times let the debris pass – problem was the tank had to be removed to get at the valve!  And to get the HW tank out we had to remove the washer/dryer – what a nightmare that was!

The manufacturer (Atwood) locks the mixing valve at at the factory with a Torx screw that has it’s head filled with epoxy – the torx screw holds in a toothed cap so the valve cannot be adjusted without removing the screw and cap.  Problem is the valve  is in such an awkward spot I could not get at it to remove the screw/cap and make the adjustment.  I have now modified the setting lock so I can adjust it without removing the entire tank. Atwood locks the valve presumably for liability reasons since the tank keeps the water at 160 degrees thereby increasing its effective capacity -and potential for scalding . It’s physically a 10 gallon tank, but rated as a 16 gallon in terms of producing 120 degree water.

Anyway, I will be careful to flush the tank before turning on the water pump so I expect to avoid the issue completely – we’ll see!

Besides that its just loading all the remaining supplies on board and getting the house ready for its long winter nap.