Man, oh, man it seems like since we headed across the Florida panhandle to Alabama, we have had a run of not so great weather.  T-storms, high winds and a tornado watch at East Bank, soupy, drippy fog and showers at Topsail and a tornado watch, high winds, t-storms and buckets and buckets of rain here in Foley, AL.  Trust me, it’s a heck of lot better than snow and who could complain anyway after watching the devastation caused by the tornadoes in Indiana and the other states this week. Those poor people – I can’t imagine what it is like to experience something like that (and I hope I never will).  We’re just thanking our lucky stars that it was only rain here!

But before I drone on and on about the lousy weather here, let me back up a bit to give you an update of what we have been doing since our arrival. When we arrived at Bella Terra on Thursday, we were invited by the staff members and our next door neighbors to an open house on the lot next to us.  The couple who owned the site had recently added a casita and pergola so they were having an open house to give other owners an opportunity to see what they could add to enhance their lots. Beer, wine and hors d’oeuvres (cheese, fruit and a variety of small sandwiches) were served beginning at 5:30 p.m. Their casita, probably about 14′ x 16′, was very nicely decorated and had a small kitchen, a good size wall mounted TV, a sofa (most likely a pull out if guests come to stay) and a bathroom.  The large outdoor pergola was furnished with several wicker sofas and chairs and had a table with a smokeless gas fire pit filled with fire glass in the center. It certainly generated a lot of heat which must be wonderful on a chilly afternoon or evening.  There were lots of people there and it was a nice time despite the fact that we didn’t know anyone.  After a few hours we left taking the long 30′ hike across the lawn back to our hacienda.

Yesterday, Friday, we urgently needed to go to the grocery store so we headed out in the morning.  Rob had found a new cafe in Google, The Crossroads Cafe, nearby so we decided to give that a try. We didn’t remember the place from last year – we later learned that it opened last May.  We were intrigued by the sign outside that said that “the snowbirds all flock here”.  As soon as we walked in, we were greeted by several extremely friendly waitresses as well as another very friendly customer who was raving about the home cooked food.  We had our doubts but we were pleasantly surprised – everything was in fact home cooked.  Delicious flaky home made biscuits, real home fries (instead of the rehydrated hash browns we’ve been served in some places), scrambled eggs and crispy bacon, all for $4.99! The service was excellent with our

coffee being refilled every five minutes.  It wasn’t that crowded (it was later in the morning so I guess the snowbirds had already flocked and flown away) so the owner, Beth, came over to ask us if everything was okay.  She ended up sitting down at a table next to us and within a few minutes her husband, Chris, the chef, also joined the party and we must have spent the next hour or two yakking, listening to their stories about the restaurant business and dealing with the public. She calls herself “the crazy redhead” and she is just too funny! She has the perfect personality for the business that she is in. I hope that they are very successful.

On Saturdays and Sundays they have an all you can eat breakfast between 6:30 a.m. and 10:00 a.m.  It’s not a buffet – they will serve you as many eggs, bacon, sausage, pancakes, home fries, sausage or tomato gravy (that was a new one to me) and biscuits or toast that you can eat for $6.99! Such a deal! Beth was telling us about 3 rather large men that came in one weekend – between them they had 34 eggs, several orders of bacon and sausage, several orders of pancakes and lots more.  She figured that they ate about $70 worth of food so they definitely lost money on them.  So maybe tomorrow or on another weekend, we’ll be going back to give it a try as I am intrigued by the tomato gravy (no it is not the same as pasta sauce) which can be served over biscuits or on the eggs or whatever.  They warned us that we would need to get there before the church crowd shows up around 9:30 a.m.

After that, we drove about 20 miles north on Route 59 to the Burris Farm Stand and Bakery in Loxley that Beth had recommended where we bought some fresh vegetables and a decadent, delicious Key Lime Pie. And of course on the way back, we just had to stop at Walmart for a few more items.  Once we put all the groceries away and chatted with our neighbors who were from Texas for a bit (the Kat Kabana is definitely a conversation starter), the weather was still good so we headed out to Orange Beach just to get acclimated to the area again.  This weekend is the start of Spring break so it seemed a lot busier here than last year but we were here a few weeks earlier so maybe that is the reason why. We’re not sure of what the impact will be but rest assured next week we’ll probably avoid the bars (not that we frequent them) and beach areas with the twenty somethings will be hanging out.

After we got back around 5:00 p.m. the winds started howling, the forecasters kept interrupting the news to talk about tornado watches and warnings in the area, then the rains came and it has been windy, raining and thundering ever since.  Luckily the tornado warnings were to the north of us and along the panhandle (near Topsail) but we only had a tornado watch and thankfully nothing major ever materialized. The brochure we received when we checked in had an emergency action plan which we would have followed if necessary.

The forecast for today, Saturday, was for the showers to clear by early afternoon

.   Showers – NOT, more like torrential downpours.  Clear – WRONG!  It’s after 4:00 p.m. and it’s been pouring all day!  We might have to put on the water wings and turn our coach into an ark!

But no tornadoes so despite the miserable rain and the temps in the 50’s, we’re still very happy campers! 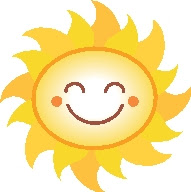