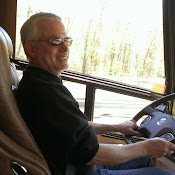 Hi ho, hi ho, it’s off to Indiana we go…..again!  One of the advantages of buying a new RV (or anything else for that matter) is that you have a clean slate as far as maintenance and repairs  are concerned.

With our previous Fleetwood, since it was sold to a dealer during an auction, we had no idea what had or had not been done prior, so we were totally in the dark as to what and when future maintenance needed to occur. 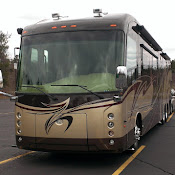 But the disadvantage of a new coach is that none of the kinks have been worked out.  We knew there were going to be some problems and our new coach was no exception.

Although most of the issues were relatively minor and cosmetic in nature, we had one major issue which we discovered while staying on board overnight at the dealership in Albany.  The primary heating zone under the tile floor as well as the supplemental heating zone in the main living area weren’t working properly. The heating is AquaHot based (a small “boiler) and is set up into zones with one zone heating the tile floor (just like “radiant heat” in a house) plus 3 other zones (living room/bedroom/basement) that feed a total of 6 compact hot water “radiators” or heat exchangers.

It is somewhat of a mystery why the dealership didn’t find this problem during their two week “prep” period but alas, they didn’t (and that’s why we are reluctant to return there or recommend them). We took the coach home anyway because the Aqua Hot certified technician at the dealer wasn’t working the weekend of our pick up (April 13-14), but we were told that we could most likely get this fixed by a local certified technician at home.  NOT!!! 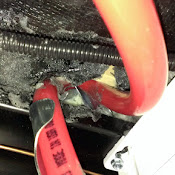 On Monday, April 15th, Rob called Entegra customer support and based on their suggestions began to troubleshoot the problem, but all was OK at the accessible spots where this type of problem typically occurs.  Entegra then suggested and arranged for a local mobile RV repair service to come to our house to see if he could determine the problem. No luck there either – plus Rob was not entirely happy with his “approach” and decided to roll up his sleeves and get to the bottom of it himself.

Long story short after hours of troubleshooting Rob eventually determined that there was a kink in the PEX tubing inside the tile floor – in an inaccessible area. This was found by isolating individual heating “loop” sections of the PEX pipe until the one with the kink/blockage was found, then probing it with a snake to verify the distance to the blockage from each end of the loop. According to Entegra an inaccessible kink had never happened before – lucky us!

By the end of the week, it was decided that the only way to fix it was to bring it back to the factory so they could either tear up (and properly replace) the tile floor and fix the kink or hopefully, access the kink from underneath. The estimated time to fix this along with some of the other items on our list was two to three weeks. Entegra offered to send someone to transport our coach to/from Middlebury but we quickly nixed that idea – we didn’t want anyone else driving our brand new coach, and who knows what other items might turn up during the 850 mile (one way) journey? We would want to know about those!

Despite our disappointment about having a major issue with our brand new coach, we have to say that we were very impressed with Entregra customer service.  Jacob and PJ spent hours on the phone with Rob working with him to troubleshoot the problem. And Joyce Skinner, the Entegra Director of Customer Service was very accommodating in offering a solution tailored to fit our schedule and needs. Entegra will be covering ALL our expenses for the trips (two round trips, one in the coach and one in the car) – try getting that kind of service out of Fleetwood!

However, taking the first trip to bring the coach out couldn’t have happened at a worse time.  Rob’s mother just had her cancer surgery early in April and was currently recovering in a rehab facility and about to be discharged (more about this later). The boat (Quantum Leap) was being launched on May 10th so we had to get her ready (take off the shrink wrap, waxing, painting the bottom, etc.), plus we had planned on getting the house on the market in mid-May.  Since our master plan involved moving on board the coach once the house was on the market, we needed to get this problem resolved as soon as possible. 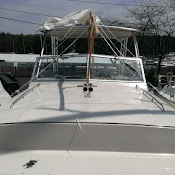 Luckily the weather gods cooperated so we spent two long days, Monday, April 22nd and Tuesday, April 23rd, getting all of the work done on Quantum Leap. 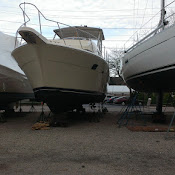 seemed to be doing well so we somewhat reluctantly decided that we would leave on May 3rd, dropping off the coach at Entegra in Middlebury, IN on May 6th.

So with the pet sitter lined up to take care of the kitties, on Friday, May 3rd, we loaded up the coach with the bare necessities and hopped on board to embark on our first journey. Woo hoo! It wasn’t exactly the trip that

we had planned but I have to say we were a little excited just to be going somewhere in it and to have a break from all of the home improvements we had been working on.

We had successfully driven the coach down our lane and into our driveway. But this was the first time driving the coach out of the driveway onto our very narrow lane, so we decided to hitch up the toad after we got out. Good thing, we only cleared the mailbox (and adjacent tree) literally by 1/2 inch! That extra 3′ in the wheelbase made a big difference.

Anyway I followed Rob in the van over to the nearby BJ’s parking lot and after hitching up we finally were underway! Stay tuned to hear more about this adventure in our next post.