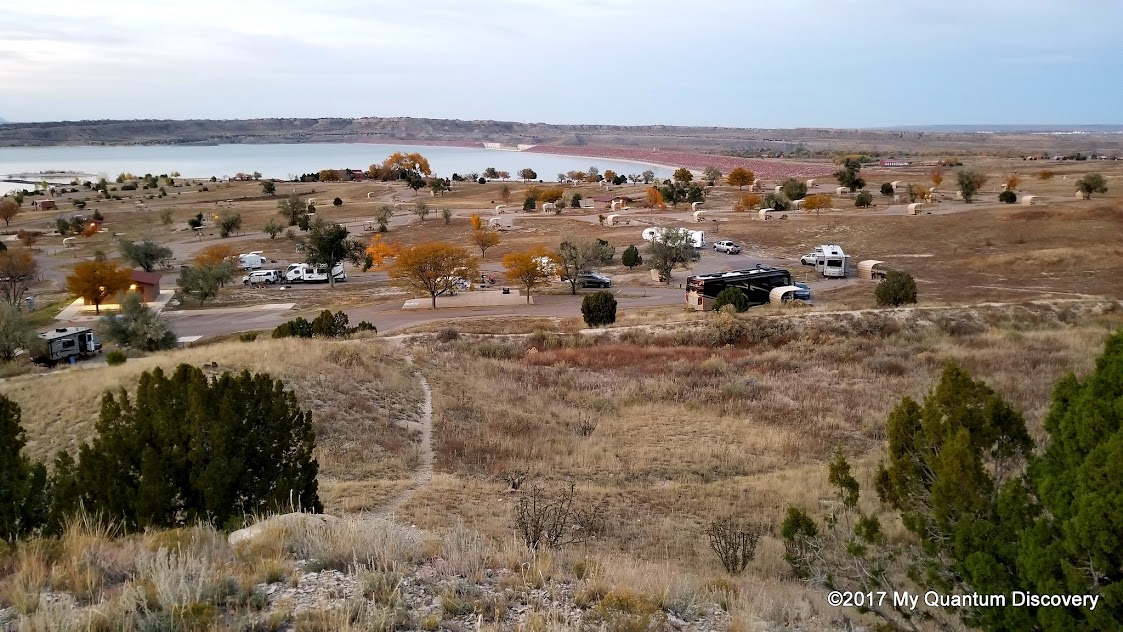 After a pretty hectic week in Colorado Springs, we were looking forward to some down time when we arrived at our next destination, Lake Pueblo State Park (see our review) in Pueblo, CO, a short drive of 55 miles. Although we thoroughly enjoyed our stay in Colorado Springs and all that we did, we welcomed the peaceful serenity of the more natural environment without the sounds of dump trucks or jack hammers each morning. That’s not to say we didn’t do any sightseeing, we did. But the majority of the time was spent walking the trail located just behind our site which offered sweeping views of the campground, the lake and marina, watching three nights of spectacular sunsets and enjoying the evening sitting by the campfire. We also spent some time perusing the displays on exhibit at the Lake Pueblo Visitor Center. 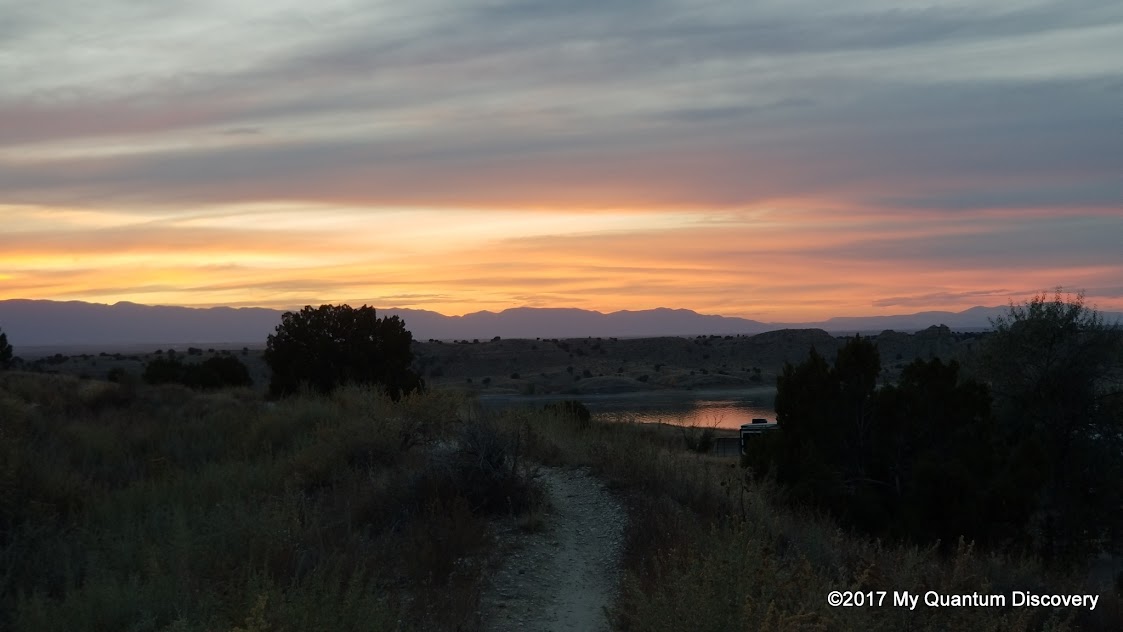 We also spent a little time exploring the surrounding area. One morning we headed to downtown Pueblo for a walk along the Arkansas Riverwalk, the construction of which was inspired by San Antonio’s Riverwalk.  A catastrophic flood in 1921 caused city leaders to reroute the Arkansas River into a concrete levee south of downtown. The addition of the Pueblo reservoir in the 1970’s provided further protection from flooding to the city. With flooding no longer a threat, the development of the 26-acre Riverwalk in 2000 returned the Arkansas River to its historic location at the heart of downtown Pueblo.

According to their website, “the Arkansas River has been the lifeblood of Pueblo for over 300 years. Native Americans followed the river for hunting and trapping. Early settlers came as sheepherders and cattlemen. Agriculture blossomed in Pueblo’s warmer climate and the steel industry used the bountiful water resources to build a massive manufacturing center. Four nations have claimed ownership over the Arkansas River at the current location of the Riverwalk; Mexico, Spain, France and the Republic of Texas.”

Perhaps because it was mid-October and a weekday, it was pretty deserted with just a few people strolling along the river despite the fact that it was a beautiful day. Bet it gets pretty crowded during the peak season! From May through October, visitors can dine at one of six restaurants or learn about the history of the Riverwalk on a 25 minute excursion boat ride for $6 or listen to a serenade on a gondola ride for $20. That must be fun! 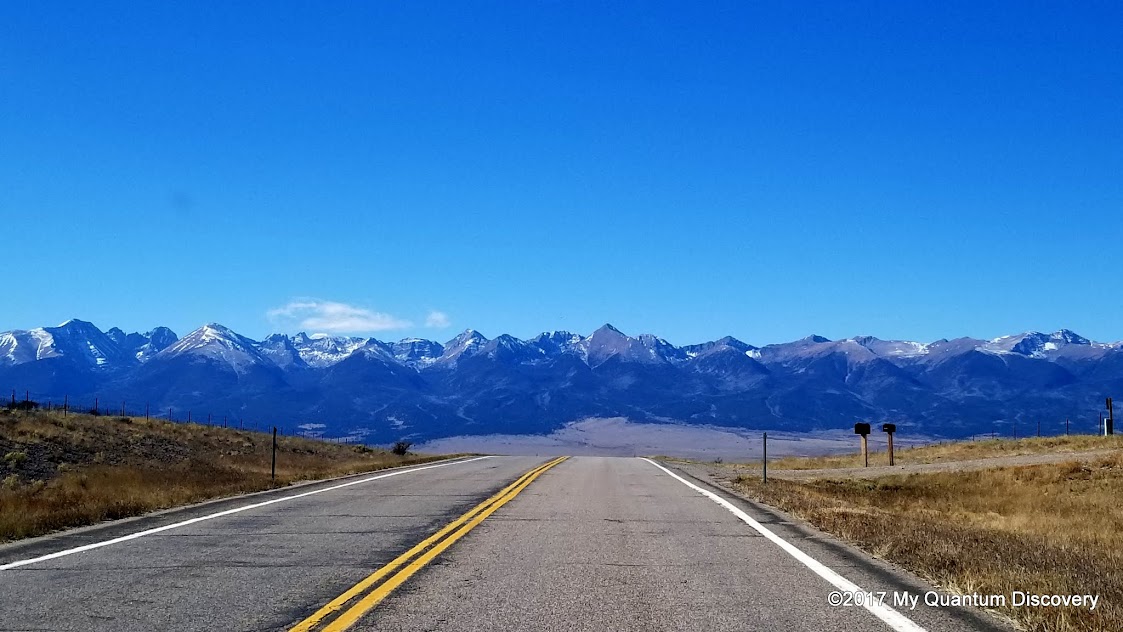 Somewhere I had read that visiting the quaint little town of Westcliffe (population 568, elevation 7,888 feet) was a must see so that was on our agenda for Saturday. Even though it would be a 55 minute drive, we figured we could grab a bite to eat when we arrived there so off we went with empty stomachs.

Good thing there was gorgeous scenery along the way to distract us. We drove for miles along CO-96 with absolutely nothing but mountains in sight. Absolutely incredible views!

Finally we arrived. At the end of Main Street, at Bluff and Summit Park, we stopped to ogle at the majestic mountains. According to this website, “from this picturesque town in Custer County, sandwiched by the Wet and Sangre de Cristo mountain ranges, you can spot five 14,000-foot peaks, known as the Crestone Group.”

Also mentioned on the same website, “since the mountain ranges shield Westcliffe and nearby Silver Cliff from light pollution in the region, the communities are the first in Colorado to be recognized by the International Dark-Sky Association for their exemplary stargazing opportunities.” Too bad we weren’t there at night!

Now, maybe this is a bustling little community during the summer but it certainly wasn’t in mid-October. It only took a few minutes for us to drive around the town to determine that most of the touristy businesses in town, the Visitor Center and several of the restaurants were shut down for the season. Oh, no, now what? Guess I should have taken the season into consideration when I saw the write up about visiting the town…oh well, live and learn!

Desperately searching for food (well, at least Rob was since I get pretty grouchy when I’m hungry), we headed back the way we came, eventually turning north on CO-67 towards Cañon City. Woo hoo! Restaurants! But way too many of them! Alas, we were so hungry we couldn’t decide which one to go to! Finally we stopped at Cañon City Mugs where Rob had a Cheeseburger ($8.35) and I had a California Grilled Chicken Sandwich ($9.25) – it only has California in its name because they slapped a slice of avocado on the chicken. Since it was 1:45 p.m. by the time we were served, the mediocre food tasted a lot better than it actually was!

Over lunch, we talked about going over to see the Royal Gorge Bridge and Park. The bridge which is 1,200 feet above the Arkansas River at the bottom of the chasm, remains the highest bridge in the United States and was among the ten highest bridges in the world until 2012. But the admission charge was $23 per person and it would add another 50 miles to our trip. Since it was getting late, we decided to skip it and head back to the State Park. Just as well, just looking at the pictures which shows how high it is gives me the heebie-jeebies! Perhaps another time (or maybe not)…. 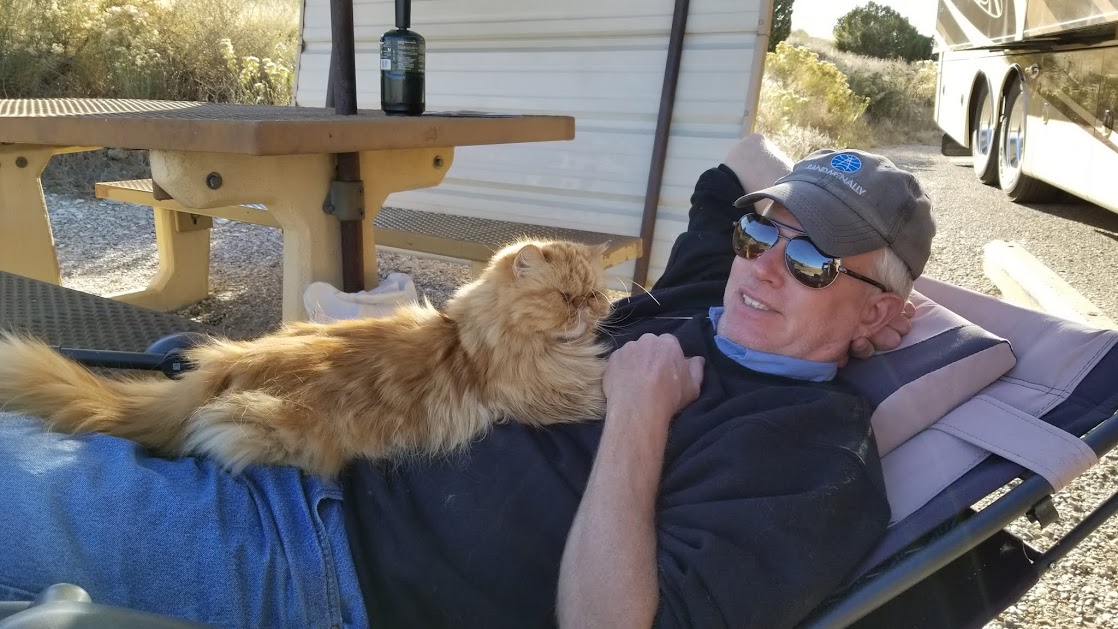 Once back at the coach, there was still time for more relaxin’. We needed to rest up – the next day, Sunday, we would be leaving Lake Pueblo headed for our last destination in Colorado. Till then….. 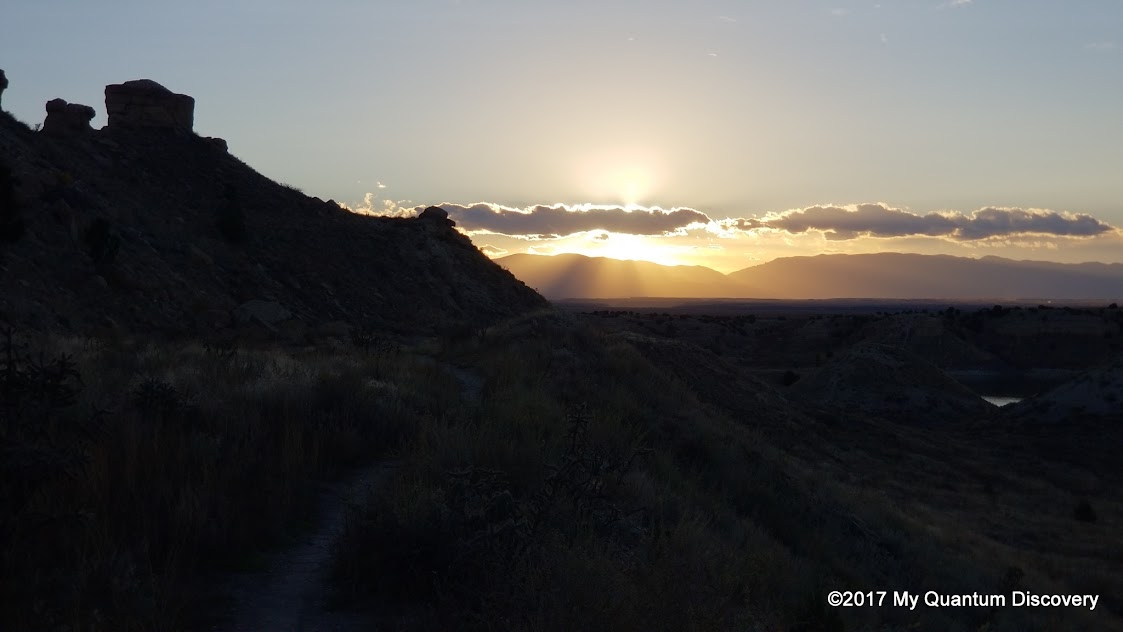