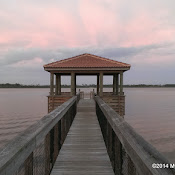 Guess we just can’t bear to leave the Myakka River! As we prepared to leave Myakka River State Park (our review) on the morning of April 4th, we weren’t sure where our next destination was going to be. We trekked over to the ranger station at 7:30 AM and tried to snag a walk-up spot but no luck with that. Our original plan was to return to Wauchula to SKP Co-op mainly because of the low rates there, but since we had pretty much seen everything in that area, we had a yearning to try someplace different. After a little research, Rob decided to check out Myakka River Motorcoach Resort (our review), located in Port Charlotte. We had looked at this in January and the rates were too high for us, but off season rates were now in play and it looked like it had definite possibilities, even though it would still be more expensive than SKP Co-op.

Since it was a Class A resort, we were curious as to how it might compare to Riverbend in Labelle. Shortly after we left the State Park, I called to make sure there was availability. Didn’t really think it would be an issue knowing that the snow birds were already flocking north to escape the heat and humidity. Not a problem I was told, plenty of sites were available. Our plan was to stay eight nights – the weekly rate was $350. Non-peak season (April 1st – December 31st) had rates starting at $350/week. An additional perk is also offered during the slowest months – stay 3 nights and get the 4th one free – so we got the eighth night for free bringing the rate to less than $44/day. That’s lower than many far less attractive campgrounds we’ve stayed at. During peak season here though, the rates range $90-$120 per day, $600-$900 per week or $1650-$1980 per month!

A nice short, easy drive, only about an hour.

It may seem like we have been aimlessly wandering around Florida instead of taking off for parts unknown or starting to head back to New England. Well, you are right, we have. But if you have been following our posts, you might remember back in December (seems like years ago!), we hinted about the possibility of purchasing a site at Riverbend. Well, we did decide to move forward with it, our closing is on April 15th so we have been slowly meandering back to the Fort Myers area. But that’s a story for another day! 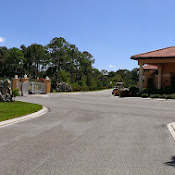 Anyway, we arrived at the resort about 12:30 p.m. When I called to check on availability I was told to ring them up again when we pulled up to the gate and someone would come out to greet us. Sure enough once the gate was opened we were greeted by Ralf, the developer/owner of the resort and originally from Germany. Rather than assign us a site, he drove us around in a golf cart so we could choose which 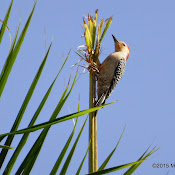 site we liked. He explained that being able to choose a site wouldn’t have been an option a few weeks earlier when the resort was totally full. What a beautiful resort! Yes, we love State Parks and being close to nature but being pampered every now and then, ain’t so bad! Besides there was definitely a lot of nature here too! 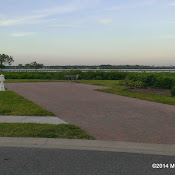 There are three types of sites at this resort, Nature, Lake Front and River Front. Because it was least expensive we chose a Nature site (#7) which 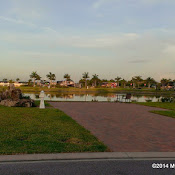 actually had a lake view since there are no sites across from it. Back in the office after we checked in, Ralf gave us a tour of the clubhouse.

Wow, what a beautiful resort! Sehr Gut! Very well executed and very impressive!  Since it is only 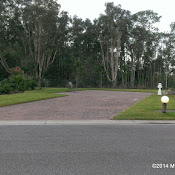 two years old, the plantings haven’t reached the same level of maturity as other Class A resorts we’ve been to, but it was obvious that Ralf and his wife, Amber, went above and beyond to make this a 5 star resort! Clearly they are hands-on owners, for example, we would often see Ralf out doing a trash run or making repairs. He and Amber even live on-site in an unobtrusive home along the waterfront.

Read our review and view our additional photos.

Once we were settled into our site, we took a walk around the resort and explored the clubhouse some more. It was very evident 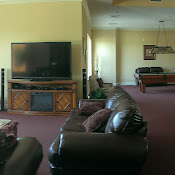 that millions of dollars had been invested, but close attention was paid to every detail of the design of the resort and the clubhouse. Everything was so well designed and decorated 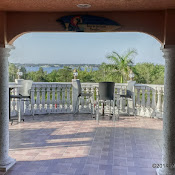 perfectly. Not only did the clubhouse have a huge TV viewing area and eating area, a dance floor and an exercise room but it also had a relaxation room and a massage room.

On the second floor was a beautiful covered 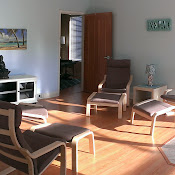 outdoor patio complete with a bar and couches and chairs with breathtaking views of the river. A great place for watching the sunset! But our favorite amenity was the boardwalk along the 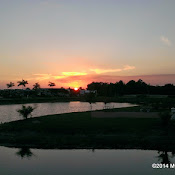 river and the pavilion where you could sit and watch the birds or the mullet jump high out of the water. Pretty cool!

I had missed meeting my 10,000 step goal while we were at Myakka River State Park on a few days, but it was easy making up 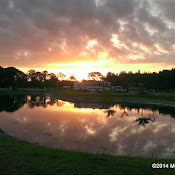 for that here. A one mile route had been marked with arrows and distances on the interior roadways. Of course, with the heat and humidity hitting early in the day, I quickly learned that it was best to get up before sunrise when it was shady and cooler to accomplish my daily goal. Got to see some pretty sunrises!

We didn’t do a lot while we were here except to go exploring the area one day but that will be the topic for another post.